Released earlier this spring and coinciding with the five-year anniversary of Francis’ pontificate, renowned German filmmaker, Wim Wenders’ latest offering, Pope Francis: A Man of His Word, is a carefully constructed summary of the journey so far. I caught this film with a few friends belatedly when it arrived at a local independent cinema.

Excepting our group, it was fair to say that most of the other moviegoers were over age 50. It’s not to say that Pope Francis does not have an inspirational hold on young people. I witnessed first-hand the adulation he received during the 2016 World Youth Day in Poland. In a Canadian context, the fascination with Pope Francis seems to especially animate the cohort that came of age in the 1960s and ’70s.

The primary reason is that Pope Francis embodies a truly attractive mix of humility and charisma. Hosts of the podcast of the LA Review of Books, Medaya Ocher and Kate Wolf, said without irony that upon seeing the documentary they, “could imagine becoming a Catholic.”

Another reason might be the widely held perception that Pope Francis is, to borrow a phrase from Ross Douthat, “a CEO of Catholicism Inc.” who is doing his best to drag an obtuse and moribund institution into modernity. Wenders, whose admiration is evident in his directorial gaze and his (uncredited) narration, said in an interview, “You’re looking at a man who is in this office and is trying to change the institution, trying to move it forward into the 21st century.”

There are Catholics who have felt that opportunities for true reform were missed following the Second Vatican Council, and that Pope Francis represents an opportunity for radical and revolutionary change within the Catholic Church.

The allure of a possible heroic reformer and revolutionary is undeniable.

Perhaps that’s why the hour and half documentary of mostly past footage and direct, candid interviews with Pope Francis, is punctuated by a silent re-enactment of the life Saint Francis of Assisi, the Pope’s namesake. These shots were filmed using an old 35mm Parvo hand-cranked camera, paying faint tribute to Rossellini’s 1950 masterpiece, The Flowers of St. Francis.  Wenders, when asked about his choice to consciously link the Pope to the Saint, confesses it was:

In a deeper sense, a true shepherd of Christ confounds all comers.

“The dream is of a little boy who grew up Catholic, but not knowing any of the saints, except one—St. Francis of Assisi. This saint spoke to birds; he called the sun and moon ‘sister’ and ‘brother.’ I loved him more than anything. He was a true hero of mine.” 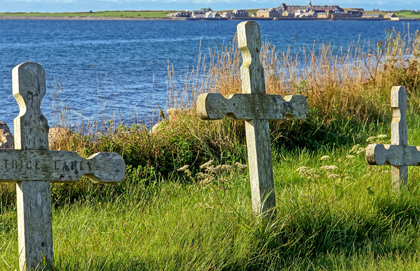 Wenders might be a curious choice to be handpicked by the Vatican to make a film about Pope Francis. Mainly known as part of the New German Cinema movement, much of his early work “explored social alienation, post-war German angst, and the growing ubiquity of American culture.” Indications of his openness to delve into moral dimensions in his work were noticeable.

Particularly in the 1987 classic, Wings of Desire, Wenders addressed seriously, and with aesthetic aplomb, the spiritual possibility of cinema in the longings of its varied cast of characters. While growing up, Wenders was an altar boy and once, at age 15, seriously mused about becoming a priest.

Following several years of drift from his religious roots, he now calls himself an “ecumenical Christian.” When he was given carte blanche and direct access to Pope Francis, coupled with a vow of non-interference in the final cut of whatever resulted, Wenders leapt at the opportunity.

During an address to an audience at the International Congress on Catechesis, Pope Francis said:

Where there is true life in Christ, there follows an openness to others, and so a going out from oneself to encounter others in the name of Christ…Whenever Christians are enclosed in their groups, parishes, and movements, they take ill…I would prefer a thousand times over a bruised Church to an ill Church!

We glimpse in the film plenty of these kinds of open (and bruising) encounters: with prisoners, with those held in migrant camps, with the sick and disabled, with victims of natural disasters, with politicians, celebrities and leaders of other faith groups. The early euphoria of the first years following Pope Francis’ elevation may have plateaued to composed admiration. Yet it is still startling to glimpse the adoring and hopeful crowds that the Pope inspires in a way that’s hard to imagine of anyone else in his place, and the deference he receives whenever he is at an audience.

Wenders also leaves many questions unasked. There are no discussions or depictions of Pope Francis’ upbringing in Argentina, and his pre-pontifical life. A lot of Francis’ positions are portrayed out of context, even when the Pope is speaking candidly toward the camera in his native Spanish. It’s impossible for a relatively short documentary to capture the full context of several issues, but Wenders’ perception of Pope Francis as a maverick revolutionary surely doesn’t help things.

The Catholic Church is not merely a corporation. It possesses a continuity that remains unexplored in Wenders’ take. There is nary a mention of Pope Emeritus Benedict XVI, Francis’ predecessor. Yet there is ample evidence of Pope Francis’ great admiration of, and love for, his two most recent predecessors, including St. John Paul II. A pope’s position is akin to our Governor-General – representative of the sovereign and deriving whatever authority from this connection and not from their own qualities. The pope’s station is as the servant par excellence of Christ to his Church, thus making his authority far more circumscribed than many suspect. Pope Francis, citing the Compendium of the Catechism of the Catholic Church, says:

Unity in faith, hope, and charity, unity in the sacraments, in ministry; these are like the pillars that hold up the one great edifice of the Church. Wherever we go, even to the smallest parish in the most remote corner of the earth, there is the one Church. We are at home, we are in the family, and we are among brothers and sisters. And this is a great gift of God!

A failure to understand this organic unity and continuity of the Church’s self-understanding can result in the type of cynical sneer exhibited by the otherwise erudite and excellent critic, John Semley.

In a deeper sense, a true shepherd of Christ confounds all comers. Ideologies are small containers before an ocean of reality and will be exposed as such. G.K. Chesterton has written that, “Every heresy has been an effort to narrow the Church.” While there are certainly moments when Wenders’ film can seem overly sentimental, it offers a glimpse of someone who still embodies, to quote Chesterton once more, “the breadth and balance of Catholicism.”

I’ll leave the last word on Pope Francis and the documentary to Wenders:

Whenever he left our set, the last thing he said was: “Pray for me!” And that wasn’t just his way of saying good-bye, he meant it. And I’ve heard him ask the same from people all over the world. So that would be my other wish: that he is carried by all those prayers for him, from all these people (including my little film crew) for whom he represents a man whose word we can trust in. That has become such a rare and precious thing today: a man who is not acting for himself, but for the common good.

Our editor-in-chief bids farewell to legendary journalist George Jonas and ponders Pope Francis' call for a return to mercy that allows a return to sound judgment.