I was running to school one morning in Grade Two when I dropped my peaches. These were literal, not metaphorical peaches. My mother had put them in my lunch, sliced into a glass container. (Tupperware was but the dream of a distant, mystic future.)

Of course the jar smashed, and I ran home crying because I felt so sorry for the peaches tossed across the concrete like lonely, dying sea creatures. My mother, eminently more practical, handed me a broom and dustpan and told me to run back to clean up the glass so no one would be cut by it.

I did, ran the broom and dustpan home, and then ran to school in time to join the silent pairings we had to form on the hall stairs before being admitted to Mrs. Stewart’s class.

While the peaches, the broken glass, and the broom were real, the memory has always struck me as reasonable metaphor for our days: we run, we are custodians of catastrophe, we run again to join the waiting line. Memory-and-metaphor had particular piquancy when I read an online article from BBC News about England Athletics launching a campaign to make running an integral part of today’s World Mental Health Day. The story comprised testimonials from beginning and intermediate runners on how it has changed their mental outlook, and in some cases alleviated serious cases of depression or other mental health challenges.

I have no clue whether running can benefit those with severe bio-chemical or structural brain disorders. I do know anecdotally of many people whose overall mental health has benefited enormously from getting out for a run on a regular basis. I also know it has a knock-on effect because my wife has said to me over the years: “You need to go for a run. You’re driving me crazy.”

The mental as much as the physiological good of running – more properly, the inextricable link between the mental and physical payback – is a common theme of running literature, as well as of running practice. Those who’ve been around the sport at all quickly become aware of the numerous initiatives to help substance abusers, and even the homeless, learn to run to break the cycle of addiction or other self-destructive patterns.

Even those of us merely living lives of quiet desperation coping with the often crippling stresses of life in 2018 do turn to running for non-pharmacological relief, as the fantastic success of Edmonton entrepreneur John Stanton’s Running Room chain attests. A few years ago in Montreal, a local psychologist even started having one of his therapy groups run together because it created among them a willingness to open up based on communal trust in a state of relaxed awareness. 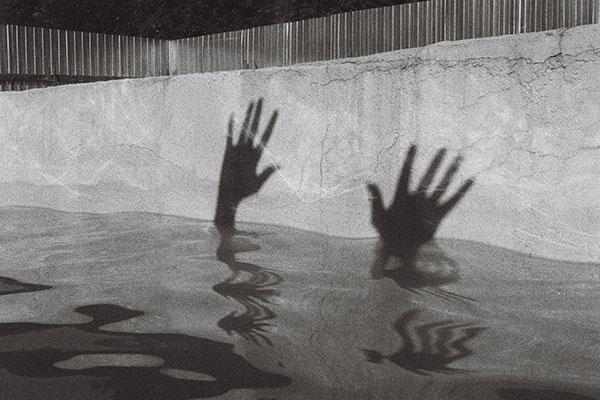 One of the worst stressors in my life at the time was that I was so stressed by various life events I simply couldn’t create time to run. “Then only run 10 minutes a day,” Dorys said. “In 12 days, you’ve run for two hours.”

That state is the subject of the essential 2017 book by running coach and journalist Mackenzie L. Havey Mindful Running. It compellingly merges the work of mindfulness research pioneer John Kabat Zinn with practical advice on how to incorporate its awareness practice into everything from a jog around the block to training for a marathon or more. A terrific journalist, Havey fills the book with real-life anecdotes of people who’ve overcome astonishing obstacles by taking up running – or by refusing to be denied its joy as in the case of a gifted track athlete who suffered a horrendous genetic form of blindness but found a way to carry on and, indeed, achieve again.

My favourite moment in Havey’s book, however, is a very short section in which she shows how simple it is to make running, and its complementary awareness, part of everyday life. Referencing a famed meditation teacher’s concept of “short moments, many times,” the section concisely rebuts the mythology that to take up running, or mindfulness, or for that matter anything else in our lives, requires an Olympic-level commitment to all-in exhaustion.

“All it requires is putting down your smartphone and backing away from your computer for 30-60 seconds, breathing deeply, and dialing in to the present. I often practice this for a moment while waiting for my coffee to brew… or as I empty the dishwasher. It helps me recognize how hurried and amped up I get without noticing. A few simple breaths take me from frazzled to calm,” Havey writes.

Simple breaths. Or simple steps. The equivalence is something I learned from the great running coach Dorys Langlois. One of the worst stressors in my life at the time was that I was so stressed by various life events I simply couldn’t create time to run. “Then only run 10 minutes a day,” Dorys said. “In 12 days, you’ve run for two hours.”

I experienced that truth empirically when another coach I was training with, Andrew Roberts, challenged our club to run only one kilometre a day, but each day for the whole month of February. A short distance for the shortest month of the year. Simple, yes? Yes. But not easy, given the general reality of Canadian Februaries. On a lot of days, it was hard, very hard, to get out the door into some truly blistering cold.

Yet finishing the 29th run of that leap year affirmed for me a deepening conviction that one of our terrible cultural confusions, which manifests itself in a lot of mental health impairments, is loss of the relationship between simply, easy, hard and good. Compounding that is our insistence on setting everything up as a pure binary of failure or heroism über alles.

As a people, we are habituated to rendering all things impossibly complex from our eating habits to our family lives and relationships to what we do that we should not, and don’t do that we should.

As a people, we are habituated to rendering all things impossibly complex from our eating habits to our family lives and relationships to what we do that we should not, and don’t do that we should. The truth is most of life is relatively simple cause and effect: do this, get that. To say it’s simple, though, is not to say it’s easy to follow the causal chain to its evident end. Lots of things (see broken jar of peaches, supra) go wrong to make things hard. But whoever said it – whatever it is – isn’t supposed to be hard?

In fact, running is just one of many disciplines that teaches us hard is good provided we don’t believe all good must be heroic. No. True heroism is rare, and can’t actually be planned or predicted. But putting one foot in front of the other, if only for short moments many times, hard as even that might be, is a good – maybe the good – of daily life.

You drop the peaches. You clean them up. You run on until, well, God in His infinite wisdom calls you out of the line to come home.