For several days now, against the backdrop of escalating rhetoric between U.S. President Donald Trump and North Korea’s Premier Kim Jong-un, mainstream and social media have been teeming with stories about a particular ray of light shining in the publicly intensifying political darkness.

Canadian pastor Hyeon Soo Lim was set free from a North Korean prison on Thursday. He had served less than two years of a life sentence for subversion of the government through religion, a crime to which Lim had proffered a state-televised public confession. Detained in February 2015, life sentence decreed that December, Lim was suddenly a free man.

Concern developed when the official reason for release was stated as “sick bail” on humanitarian grounds. This was amplified when Lim’s family issued an early statement asking for privacy until his medical condition could be assessed. The world was well aware that just weeks ago, American Otto Warmbier had returned home from a North Korean prison in a walking coma, death arriving a few days later.

Apprehension abated somewhat when video emerged of the sixty-two year old Lim walking about in conversation on an airport runway in Japan, after disembarking an RCAF passenger jet. He looked leaner and somewhat aged from his last recorded appearance, but in apparent good health.

Initial scant reports on Lim’s release were followed by longer stories, several claiming to describe the inner political workings of international prisoner releases by the Democratic People’s Republic of Korea, the nation established on the northern part of the Korean peninsula as one of several political divisions by Allied forces following WWII. As the ally then with authority over the DPRK (North Korea), the Soviet Union’s communist government installed as leader Kim Il-sung, father of his successor Kim Jong-il and grandfather of current Supreme Leader, Kim Jong-un. Without a diplomatic mission in North Korea, the Canadian government worked with a contemporary ally, Sweden. Reportedly, through the negotiation by the Swedish embassy in Pyongyang, secret meetings with North Korean representatives at the United Nations headquarters in New York and a Sunday afternoon foreign minister to foreign minister conversation in Manila, a deal was struck.

Tuesday, a Canadian diplomatic team hurried to Pyongyang, with an envoy said to be carrying a personal letter from Prime Minister Trudeau to Premier Kim. Thursday, Lim was on the plane with them headed home. Saturday, he again descended the small jet’s steps in his own strength at CFB Trenton before hugging his wife, then lifting his nearly one-year-old granddaughter in his arms. His desired next stop? Tim Horton’s on the drive home!

The consistent thread running through the reporting of this story, whether relaying the narrative of Lim’s personal health or the tale of secretive diplomacy, is that Hyeon Soo Lim is the pastor of one of Canada’s largest churches. Reverend Lim had travelled to North Korea more than one hundred times over the last two decades. Born in Seoul a decade after Korea was divided into South and North, Lim knew the risks. So, why endanger his life on more than one hundred occasions? Particularly after American missionary Kenneth Bae (also born in South Korea) was detained and sentenced in North Korea on similar grounds in April 2013? 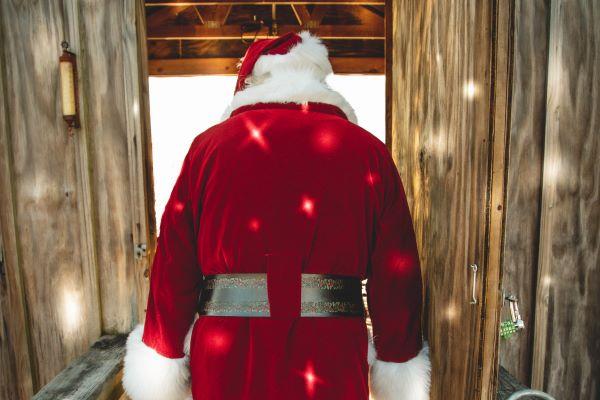 Santa Serves the War-Torn, Too
Pierre’s Vision Begot a Justin Society
Money Ain't a Thing
The consistent thread running through the reporting of this story, whether relaying the narrative of Lim’s personal health or the tale of secretive diplomacy, is that Hyeon Soo Lim is the pastor of one of Canada’s largest churches.

Lim was on a personal humanitarian mission, motivated by his Christian faith and his Korean origins.

Lim appreciates the people, whether living in the North or South, are his Korean cousins, and that they are imago Dei, created in the image of God. He understands Christians are obliged by Scripture to engage in works demonstrative of our faith (James 2:14-22) and to be ambassadors of reconciliation (2 Corinthians 5:18-20). Called to lead in the Korean diaspora, Lim found himself also drawn to serve as an ambassador of good works. Beginning with relief efforts following the North Korean famine in 1996, Lim initiated activity that has met real needs of real people in the northern part of his divided homeland. He engaged in food sustainability initiatives, as well as establishing a nursery, orphanage and home for the elderly among other humanitarian endeavours for which he raised tens of millions of dollars.

Hyeon Soo Lim understands what Jesus Christ and His earliest followers relayed in words, both spoken and written, and displayed in their daily lives. A faith that is focused on loving God compels loving our neighbours, both near and far, as well. Christ, the Light of the World (John 8:12) challenges us to also let our light shine (Matthew 5:16), assessing and accepting attendant risk.

Following Lim’s detention and sentencing, Christians in Canada and around the world, mobilized in prayer, and in practical pressure on the Canadian government, as meaningful service to Pastor Lim and his family, in the effort to secure his release.

Whether Premier Kim responded to Divine or diplomatic intervention, or some combination, we may never know. Neither will we know whether Kim’s act was a humanitarian goodwill gesture or motivated by sufficient awareness of Christianity that he preferred a South Korean born Canadian pastor praying from Toronto to the potential of a martyr inspiring North Korean Christians to greater works, greater boldness and greater numerical growth. What we do know is, in the midst of a war of words between Premier Kim and President Trump that has cast a threatening political shadow over the globe, there shines a ray of light in the release of a compassionate man who for two decades brought his own ray of Light into the darkness of people in need.

Sunday morning, Pastor Lim arrived at Light Presbyterian Church to a crush of media, along with parishioners and visitors. Later, he stood in the pulpit to share about his ordeal and how it propelled him to a more intimate relationship with Jesus. He closed the meeting with prayer in his native Korean. I’m told he prayed for his adopted country of Canada, for the people of North Korea, and for peace.

Hyeon Soo Lim understands what Jesus Christ and His earliest followers relayed in words, both spoken and written, and displayed in their daily lives.

Welcome home, Reverend Lim. We join you in that prayer.

Don Hutchinson has held leadership positions within the Canadian Church for over three decades. He has served in the roles of pastor, lawyer and consultant, as well as in government relations. Don is the principal of ansero, a ministry facilitating partnerships for Christians engaged on the issue of religious freedom in Canada and with the global persecuted Church. His book Under Siege: Religious Freedom and the Church in Canada at 150 (1867–2017) was released in March 2017.

Santa Serves the War-Torn, Too

Saint Nicholas lives in the spirit of all who give gifts and life to those in the darkness of violence and poverty, Susan Korah writes.

We'll either suffer the economic consequences that come as a result of the frugal living (which will keep demand—and growth—low) that is required to slowly emerge from the weight of debt we find ourselves crushed under, or we'll suffer the indignity of policies which will be inherently unjust to tho...