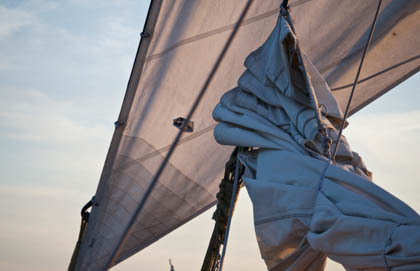 One of Those Elections We Consider a ‘Sea Change’ September 21, 2015  |  By Peter Stockland
Print

Peter Stockland: Ray, I know you’ve been watching the election campaign very closely. Is what you’re hearing around you reflected in the polls? More specifically, are the Conservatives really in as much trouble as the numbers suggest?

Ray Pennings: I think the most interesting thing about the polls is that all three parties are pretty much within the margin of error. What that tells me is the only thing that looks like a certainty right now is a minority government. But there’s still a long way to go.

PS:That’s true. The point at which the media at least were calling the Conservatives down for the count was actually the point at which a normal-length campaign would have just begun for an October 19 Voting Day. If the current pattern holds, though, will Stephen Harper resign in the face of an NDP-Liberal coalition? Or will he hang on the grounds that he has the most seats of any party in the House?

RP:I’ll leave that kind of prediction for those who make their living at punditry. I think the much more important issue is at the institutional level, and it concerns Parliament itself. Under our Westminster system, the government stands or falls with the confidence of the House. But all three parties are treating this very much with an American-style executive approach. It’s a significant shift from our system when the three party leaders begin speaking as though having the confidence of the House is no longer the most important factor.

PS:If Canadians should be concerned about that happening to the institution of Parliament, what do you make of NDP Leader Tom Mulcair’s pledge to “reform” the Senate by refusing to fill vacancies?

RP:I see that as just playing the game for the party base, frankly. Think about it. If there’s no government leader in the Senate, who’s going to introduce legislation passed by the Commons? And what then happens to bills that must be passed by the Senate before they can become law? Do they just pile up in the Senate mailbox waiting for someone to come along and find them? It is interesting that in the last week the tune has changed again, and now Mr. Mulcair is talking about some existing Senators being willing to work with an NDP government to pass legislation and a five-year window for working with the provinces. If he becomes Prime Minister, Mr. Mulcair will find he has to appoint senators if for no other reason than to implement his own party’s platform. 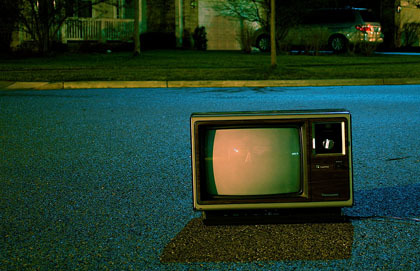 PS:Just the thought of there being NDP Senators in Parliament highlights the shift that’s taken place with this election, doesn’t it?

RP:It is historic. The fact that all three parties are being talked about as having a serious shot at forming government does change things. That being said, I think the Liberals have the hardest road to government. They would have to sweep Ontario to gain enough seats, and I don’t see them doing that. But there are certain elections that have been defining for this country – 1911, 1942, 1968, 1988 and 2006. This is going to be one for that list. It will be one of the elections we consider as a sea change.

PS:One of the big changes we’ve seen this election is the number of candidates from all parties who’ve been tossed aside because of regurgitated comments from social media, many of them made years before they even got involved in politics. Is that harmful to the democratic process? It basically skews things in the ridings where the candidates have been dumped, doesn’t it?

RP:It’s about half a dozen candidates and it’s affected all parties equally, so I don’t really think it matters as much as the media attention would suggest. As far as I can tell, none of the candidates was a legitimate contender. They were names on a ballot. It does have a positive effect in terms of bringing attention to the importance of local contests. Where it has a negative effect is in discouraging people from becoming involved in political life. Do you really want to put your name forward as a candidate and then have every social media post you’ve ever made turned against you in some way? So people will think twice about being discredited by the political process, and the political process becomes even more discredited. It becomes a self-fulfilling prophecy.

PS:The other novelty we’ve seen is people at public events, particularly Conservative events, openly heckling reporters travelling with the campaigns. They’ve registered their disgust with the media loudly and clearly. Is that a sign of generalized discontent with the way politics is reported? Or is it just hotheads sounding off?

RP:The people who show up at campaign events are partisans, and partisans of every party are always frustrated with the press. All sides always feel they aren’t getting a fair shake. That being said, anyone who is attending these events very likely isn’t representative of the general public. A difference in this campaign is the innovation of having the press conference or scrums in front of those partisan audiences. In the past, the daily press conference or scrum was held away from the event itself so the audience wasn’t there to get involved. This campaign, the audience is there and has made itself heard. I think social media has a lot to do with that. We are all accustomed now to freely expressing our opinions in public. We’re on Facebook or Twitter or whatever constantly telling people we don’t even know what we think. So, we when you go to a campaign event, you let the media know what you think just as you let your Facebook contacts know what you think.

PS:The Conservatives made it clear in advance of the campaign that they would be campaigning on security: economic and international. They’ve stuck to that in the first half. Will that be enough for them in the second half?

RP:I think it’s become clear now there has to be something more. I suspect there will be, and that it will be rolled out very close to election day. In the election in which they formed government, they had five clear priorities that became signature pieces. So far, we haven’t seen any of that. But I would be very surprised if there isn’t something major announced. The (Syrian) refugee crisis, coming the way it did, threw them off script and the other parties were able to use it to further the narrative of the cold and heartless Harper. It would appear that isn’t sticking with the electorate but for a bit the Conservative campaign seemed confused. So I think we’ll see something that doesn’t play into that narrative, something that at least tries to get them back on script.

PS:And the Liberals, the NDP? Do they fight for a draw and bet on the coalition? Or is there something they’ll be looking for as an edge?

RP:I think their challenge will be to keep their voters polarized around hatred of Stephen Harper. I doubt very much there will be a formal coalition. But, as I say, everything right now is within the margin of error.