We are a national, non-partisan, non-profit organization, representing more than 150,000 Jewish Canadians affiliated through local Federations across the country.

We are committed to working with government and all like-minded groups to ensure Canada remains a country where everyone enjoys equal protections and opportunities.

Canada is a tremendous country, particularly for members of minority groups. It is one of the most vibrantly diverse, inclusive and tolerant places in the world.

However, hatred persists here in the margins of society. We must remain vigilant in ensuring hate does not gain a greater foothold, and we must endeavour to push it ever further into the shadows.

Confronting hate is an all too familiar experience for Jewish Canadians.

In report after report, Statistics Canada and police services across the country continue to confirm that Jews are the religious minority most targeted by hate-motivated crime in both absolute numbers and on a per capita basis.

Local numbers reinforce this. Let me give you some examples from the GTA, where the plurality of Jewish Canadians reside.

Nonetheless, one hate crime is too many.

The Peel Police Service noted 23 incidents targeting Jews in 2016 – a 155% increase over the 9 incidents that occurred in 2015, the highest increase in victimization of any identifiable group. Over that same period, there was a 92% reduction in hate crimes targeting Christians (13 to 1) and a 54.5% reduction in those targeting Muslims (11 to 5).

Jews are around 0.2% of the population of Peel, but were targeted with 39% of all hate crime.

In the city of Toronto, the Jewish community comprises 3.8% of the population, but was targeted in approximately 30% of hate crimes in 2016 (43 incidents).

I mention these numbers not to showcase Jewish victimhood, but rather to demonstrate the very real experience our community has in grappling with the issues this committee is studying.

At the same time, I want to note that percentages can sound alarming and be misleading.

It is important we don’t lose sight of the fact that on the whole, Canadians are incredibly welcoming, tolerant and accepting people, and hate crimes, though often jarring and sometimes horrifyingly tragic, are relatively infrequent occurrences.

Nonetheless, one hate crime is too many.

Canada is a great place to be a minority. We believe the following constructive recommendations will help make it even better, and hope that each will be a point of consensus for this committee.

I mentioned statistics from Peel, Toronto and York Region, which are readily available. But even with these three neighbouring jurisdictions, each report provides different information, making direct comparisons sometimes difficult.

Other jurisdictions, like Montreal, release no specific data regarding hate-motivated crime and which identifiable groups are being targeted.

This has an impact on the national numbers compiled by Statistics Canada, leaving policy makers, like each of you, with incomplete information.

This committee should recommend that the government establish uniform, national guidelines and standards for the collection and handling of hate crime and hate incident data. 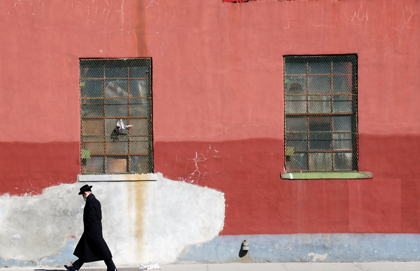 This will help ensure that local, provincial and national law enforcement consistently collect, catalogue and publicize data regarding hate crimes and hate incidents.

The more accurate and comprehensive the data available, the more appropriately efforts to counter hatred and bigotry in Canada can be calibrated to address the specific needs of the communities most impacted.

Comprehensive, empirical data is required to effectively diagnose the problems and prescribe the most appropriate solutions.

One can’t effectively fight bigotry and hatred without precisely defining it.

The International Holocaust Remembrance Alliance definition of anti-Semitism was achieved through multilateral consensus and endorsed by governments around the world, including Canada’s, to accomplish just that.

With concrete examples, it sets clear parameters for what constitutes anti-Jewish sentiment and what is legitimate, critical expression. Similar definitions should be established for other forms of hate, based on careful consideration, common sense and consensus.

The term Islamophobia, has been defined in multiple ways, some effective and some problematic. Unfortunately, it has become a lightning rod for controversy, distracting from other important issues at hand.

While some use the term Islamophobia to concisely describe prejudice against Muslims, others have expanded significantly further to include opposition to political ideologies.

For example, this October’s Islamic Heritage Month Guidebook issued by the Toronto District School Board contained a definition of Islamophobia that included “dislike toward Islamic politics or culture”.

Muslims can be protected from hate without restricting critique of ideologies, especially those that are explicitly anti-Semitic. Recent examples of anti-Semitism on display at some mosques and Muslim organizations in Montreal, Toronto, Calgary and Vancouver have shown that extremism is a problem within parts of the Canadian Muslim community that must be addressed.

As Canadians counter hatred and protect individuals from discrimination, we must also maintain the freedom to debate and criticize ideas. Defining other forms of hate, including but not limited to Islamophobia, along similar lines to the IHRA definition of anti-Semitism is a good starting point.

This would help law enforcement and others to identify hate incidents with greater accuracy and consistency and provide definitive guidance to Canadians about precisely where free speech turns into hate speech.

When it comes to countering hate crime what’s needed is greater and more consistent enforcement of existing laws.

In many cases, hate crime prosecutions require the authorization of the provincial attorney general. This can become highly politicized and can be a very difficult hurdle to overcome.

Recently, the Attorney General of Quebec decided not to lay charges in a case of an Imam in Montreal who had called for the murder of Jews.

On the charge of hate promotion, the statute of limitations had been exhausted.

In an era when statements can live on in perpetuity online, in this case on this particular Mosque’s Youtube channel, we believe the statute of limitations for hate promotion should be extended, and encourage you to make that recommendation to the government.

Quebec’s attorney general also declined to pursue a second charge of genocide promotion. This decision sent a message that someone can call for the death of an entire group of people without consequence.

We think that’s the wrong message.

To address this, the federal government should establish a national training program for police and prosecutors to educate them about the dangers of hate speech and encourage them to enforce the existing Criminal Code hate speech provisions more consistently and robustly.

These units have been integrated into several police services across Canada, and have constituted an unmitigated success.

Units specifically trained to investigate hate-motivated crime ensure that incidents are handled with particular sensitivity and understanding of the distinct nature of the crime and its impact on the victims, their families and communities.

Universalizing hate crime units would ensure that as many vulnerable Canadians as possible can benefit from these services, which ensure that the officers responding to hate incidents are the best equipped to do so.

Had this committee been conducting these hearings one year ago, I would have had an additional recommendation to share.

Instead, I would like to express my gratitude to members of this House for supporting Bill C-305, and your colleague, Chandra Arya, for bringing it forward.

CIJA has long advocated for these changes, which will expand penalties for hate crimes targeting infrastructure like the community centres of identifiable groups.

As we speak, the bill is scheduled for its final vote in Parliament before becoming law.

C-305 is a clear example of how elected officials can work together, in the spirit of consensus and common sense, to make a practical difference in protecting vulnerable minorities.

I am hopeful that committee members will similarly unite around the approach I have outlined here today.

Convivium has already featured the testimonies of Dr. Andrew Bennett, Chair of Faith in Canada 150's Cabinet of Canadians, and Father Raymond J. de Souza, Editor in Chief of Convivium previously in this series.