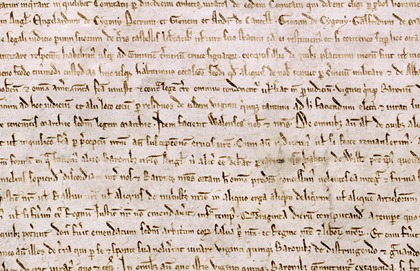 Not even Supreme Court justices are above the law February 25, 2015  |  By Peter Stockland
Print

One of the most meaningful, hopeful, and so typically unreported speeches on Parliament Hill in recent years came from Calgary’s own Pierre Poilievre.
Poilievre, of course, has represented a suburban Ottawa riding for a decade, but he is Calgary born and bred. He is an intellectual apprentice of the Calgary School made famous — infamous? — by western thinkers such as Barry Cooper, Ted Morton, Rainer Knopff and Tom Flanagan. At 35, he embodies the West that, as Preston Manning told us in the 1990s, wanted in.
Well, it’s been in — that is, in power — for a good long time now. The upshot is that even a transplanted Calgarian such as Poilievre — dubbed the Canadian Sniper by Toronto Star columnist Tim Harper — brings a western sensibility to the cabinet of Prime Minister Stephen Harper.
In a mini-shuffle a few weeks ago, Poilievre was given full cabinet status as employment minister, following in the footsteps of another noteworthy Calgarian, Jason Kenney. He continues, too, as minister of state for democratic reform.
It was in the latter capacity that he gave a speech last week heralding the 800th anniversary of the Magna Carta, a copy of which will come to Canada this spring to celebrate the signing at Runnymede in June 1215.
Read the rest of this article at the Calgary Herald website.