Last Friday, a young British Columbian published a short essay in the Globe and Mail's Facts and Arguments section on the ubiquity of racism.

The source of Steven Chua's article was an event in a downtown Vancouver pub. Another patron sitting near Mr. Chua glowered at him, as did the waitress. Mr. Chua inferred the hostility came from him being with a Caucasian companion.

He refers to the circumstance as an encounter though, factually, it was a non-encounter. No words were spoken. No acts were acted out. No physical contact, of any kind, was made. All was based, for Mr. Chua at least, on emotional understanding.

"That's the thing with racial tension in places like Vancouver, it's so subtle," Mr. Chua writes. "No one goes out in the open denying service or slinging disparaging remarks at anyone."

He is self-aware and honest enough to acknowledge that the racial tension was, in fact, so subtle that he wonders whether he was just "imagining things . . . being neurotic . . ." His firm answer is no. Racism, he concludes, abounds even in the subtleties of a middle-aged man's facial expressions and the "sharp, cold glances" of a pub waitress.

It is not for me to reject his answer outright. He was there. I was not. He knows what he felt. I cannot. He has a subjective understanding of racism that very little, if anything, in my experience has prepared me to share. 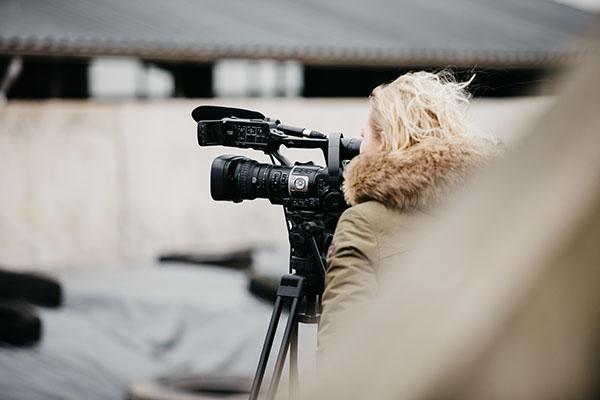 Journos Who Soldier On
Journalistic Ambiguity Not Worth A Tweet
Gun Control: Right Trumps Rights

That said, I can say unequivocally that Mr. Chua's essay is a failure. Not a small failure because it was just a passing article of little significance in a daily newspaper, but rather a large failure because it could, and should, have been so much more.

We live, now, amid the post-literate wreckage of failed editing. The consequence goes far beyond the frustration of weak, poor, or awful writing. It is a primary cause of our crippled capacity to marshal facts and arguments; that is, to think.

To say we live in an era of diminished capacity to think is not to demand that we entirely negate the place of emotion and intuition in writing. Emotion and intuition are keys to conviction. Conviction, in turn, is crucial to true writing. Shaping conviction into the convincing, however, is more than just what editors do. It is must be the primary objective they think about achieving before they even start to work.

In his great and glorious essay Politics and the English Language, George Orwell said that all writers must first ask what they are really trying to say. The proper outcome is a clear, concise, honest sentence. An editor's role is the complement. It is to ask how readers will understand the way the writer wants them to think. Its outcome, in its highest form, is the acknowledgement from the reader: "I am not yet entirely convinced, but I must admit I had not thought of it that way before."

The failure of editing in Mr. Chua's essay is the failure to meld the power of his subjective impressions about racism into clear argument that guides the reader toward the understanding that racism is discernible in the random facial expressions of strangers as much as in overt acts. If racism is so poisonous among us, an editor cannot allow the reader to be left wondering if the writer is merely a neurotic. Racism must be too pernicious, after all, to be dismissed as mere neurosis.

Specifically, proper editing would have required the essay be returned to the writer with at least these three queries:

That none of these queries—or the multitude of others—were satisfied before publication is more than just journalistic sloppiness on one page of one daily newspaper, even the Globe and Mail. It represents of a way of thinking evidenced even in otherwise insignificant conversation-starters masquerading as facts and arguments. It's a way of thinking that begins with the belief that editing itself is an unaffordable extravagance or, worst of all, an impediment to expression.

Everything goes downhill from there.

In the world of journalist as creator and interpreter of grand ambiguities, however, a factual zero is but a peephole through which to spy a coruscating cascade of "what ifs?" and "is it possible thats?" and  "how will we respond whens?" and, ultimately, "where do we draw the line against this ...

“The NRA may advocate for an individual right, but its influence derives precisely from collective democratic action,” Cole writes in a recent New York Review of Books Black Americans, Cole writes, are much less sympathetic to gun rights than whites: “Only 24 per cent of African-Americans support th...