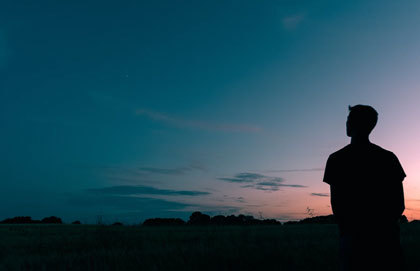 The most beautiful first sentence in English prose, to my mind, is the one that begins G.K. Chesterton’s meditation on the Book of Job.

Job is, of course, the opening to the maddening complexity of human struggle. For Chesterton, though, it is also a window onto the solitary sanity of God.

“The central idea of the great part of the Old Testament may be called the idea of the loneliness of God,” G.K. writes.

The calling of our attention to the reality of God being only and lonely is confounding to the point of terrifying, and at the same time comforting to the core of our being. How can an omnipotent and omnipresent God possibly endure the profound personal pain of existential isolation? And if He is in such a state of eternal sequestration, what of us? How much more are we, poor, banished children of Eve, separated from the sharing of life itself?

But. But. If God can know loneliness, is that not something each of us has in common with Him? Do we not share together with Him that experience? How uplifted are our hearts by knowing that God, too, is among those identified in the immortal words of the late, great Mr. Roy Oribson: “Only the lonely know how I feel tonight/Only the lonely know this feeling ain’t right…”

We know from God’s own words in the creation narrative of Genesis that, in fact, He knows the feeling of loneliness, and knows equally that the feeling ain’t right: “It is not good that the man should be alone.”

Prerequisite to knowing what is not good, God must know what it is to feel alone.

The calling of our attention to the reality of God being only and lonely is confounding to the point of terrifying, and at the same time comforting to the core of our being. 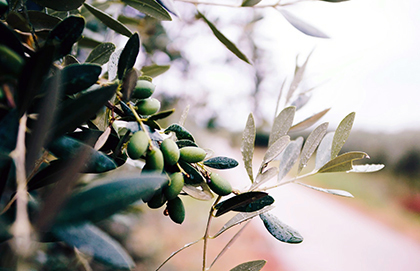 Enter Job, Chesterton writes, as the character through whom God’s knowing of loneliness can be reasonably said to become familiar to us? Everywhere else in the Old Testament “positively rejoices” with the obliterating comparison of man to God. Job alone asks the enjoining question of what God is doing and why?

“The Book of Job definitely asks, ‘What is the purpose of God?’ Is it worth the sacrifice even of our miserable humanity? Let God us His; Let God break His tools. But what is He doing, and what are they being broken for? Because of this question, we have to attack as a philosophical riddle the riddle of the Book of Job.”

A truth on which Chesterton chooses to close his meditation with is the paradox that the best of us who, like Job, is tormented the worst. The very paradox itself is most comforting to us not as the cynicism of schadenfreude but as the sign of salvation.

“I need not suggest what a high and strange history awaited the paradox of the best man in the worst fortune. I need not say that in the freest and most philosophical sense there is one Old Testament figure who is truly a type; or say what is pre-figured in the wounds of Job.”

As always with Chesterton, whereof he need not speak, thereof he never remains merely silent. The pre-figuring to which he alludes, of course, begins its fulfillment for Christians once again tonight in the whispered rhythms of prayer, in the bursting out of song, in candle light, in silent adoration of the most beautiful child ever born, Jesus Christ, God’s only Son, Incarnate by and for His Purpose, actual and active in human history, Immanuel, which means God with us.

From His eternal knowing of loneliness, He reaches across and through creation to touch and comfort each of our lonely hearts, bringing us to Him together, as a new mother brings every newborn child in the world to her breast in the act of nourishing her child for the first time.

For all the complexity and pain of our human struggles, for all our confounding terrors of separation and isolation, Christians come together at Christmas to celebrate the boundless, gathering joy of knowing not only what seems to be, but what truly is: We are not alone.

And we know that the feeling is very, very right.