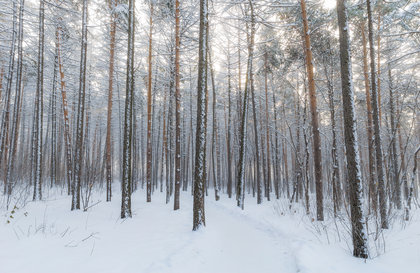 Convivium: What's the concern with the federal government giving money to ensure access to abortion outside of Canada?

Andrea Mrozek: The new funding influx is in part, I'm sure, to overcome the fact that U. S. is reducing its funding or not permitting funding for abortions overseas anymore. The new thing is Canada stepping in with a not inconsequential sum of money for abortions overseas. The language of reproductive health accompanied the announcement. So, the incorporation of abortion into care is not new, but it really drives the point home that the Canadian government believes essential services for women's health include abortion. This myth is being re-told.

Convivium: But isn’t it just returning to the status quo before the Harper years? Didn’t the Harper government refuse to do this in the case of maternal health funding that involved abortion?

Andrea Mrozek: Former Prime Minister Stephen Harper had a mandate and made a priority of maternal health. The point was to allow children to live past age five, which is a problem in the developing world due to lack of medical care. He really wanted to improve medicine so that mothers and children could survive.

I don't think he ever considered (the initiative) would become about abortion the way it did. I know exactly how it became about abortion. There was a coalition of six stakeholder groups. Five of them were your average charities, one of them was actually a lobby group called Action Canada that aims to do nothing more than change laws overseas and create pro-choice laws in parts of the world where they don't exist. Questions were raised about why was this stakeholder group became part of the coalition. Then it became an issue.

Convivium: Do you think the pressure came in part from the Liberals trying to appease that constituency?

Andrea Mrozek: On one level, it's all politics. The Trudeau Liberals have stakeholder groups that are pro-choice. No doubt about that. On a bigger picture level, even under Prime Minister Harper, we live in a country where we don't value children, where we have a very low fertility rate. This is the way of the Western world. We have academics and demographers studying something called post-familialism, i.e. what happens when we don't have families anymore.

We have demographic winter. This is well known and is undisputed. In this cultural environment, Harper was a bit of a blip insofar as he attempted to not include abortion funding overseas in his maternal health initiative. Ultimately, I think our culture is not one that supports family or children, which is ironic because every election cycle we have a great amount of attention and rhetoric around the family.

We have demographic winter. This is well known and is undisputed.

Convivium: Is there a clear dichotomy between being pro-abortion or pro-family?

Alongside that is this myth that you choose when you get pregnant. Planned parenthood - and I’m not speaking about the organization. But the idea is that we have the capacity ultimately to control exactly when and how many children we're going to have. To some degree that's true. In other ways it's a myth and the myth is encountered most strongly through infertility when women actually realize they'd like to have children and they can't. But you can't overturn decades of teaching to not have children that easily.

The message of not having children or planning when and how you have children is very firmly accompanied by an abortion-friendly mentality: that abortion is an option. Ultimately, though this is controversial, that it is an effective form of birth control. If you have tried to prevent pregnancy in other ways then certainly you have abortion as a backup perennially.

Convivium: The numbers from the Cardus Family polling seemed to indicate that whatever the zeitgeist might be, not all Canadians buy the myth you're talking about.

Andrea Mrozek: Canadian women think you can be a feminist and pro-life. That, I think, speaks to the tolerance of our age, and the fact people are not as dogmatic as our politicians. We live and let live would be the prevailing ethos. Don't hurt other people but you can do what you want. If I want to call myself a feminist and I'm pro-life, I think many people have openness to it. That doesn't extend into the political milieu where things become more black and white. Where stakeholder groups are more entrenched and provide funding and cover. 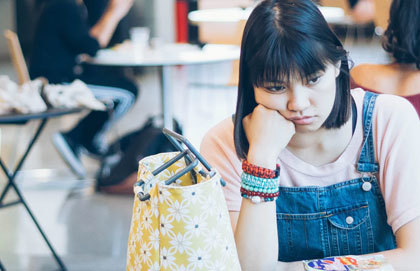 I definitely don't think, though, that we have representation of women per se on Parliament Hill. I think we have representation of fringe of pro-choice feminists. They successfully control the public messaging such that even the most benign of measures, for example Stephen Harpers' maternal health initiative, can be cast in a negative light because it doesn't include the quote unquote "rights and privileges of abortion" that we have here for women overseas.

It's almost incomprehensible to some of those women that in Africa they don't view abortion as a right or a privilege.

Convivium: If you can be pro-life and still a strong proponent of women's equality that in itself suggests how a lot of people regard the pro-abortion/pro-choice message. That it isn't necessarily the be all and end all….

Andrea Mrozek: Of empowerment. That's definitely true. Again I think the average Canadian woman thinks differently than our spokespeople, our elites, whatever word you want to refer the institutional arm of feminism at the government level. The other result of the Cardus Family poll that was of course interesting to me was a really strong majority of women do not believe there's any one organization that could claim to represent women's interests but we have a bunch of those groups doing that right now.

A strong majority of women, about 60 per cent, think that's impossible.

Convivium: But clearly the current government thinks one size fits all to the extent it's put up $650 million in service to those voices. Among the strongest voices I saw opposed to this initiative was from Cardinal Thomas Collins in Toronto. He wrote to the Prime Minister arguing what you were alluding to there: That people in Africa and elsewhere in the world actually know what it is that they're doing and actually know what it is that they want. That it is paternalistic to suggest we need to go in there with our Western riches and teach them what to do.

Andrea Mrozek: It might have greater impact if a woman says this, but I thoroughly agree with Cardinal Collins on this cultural imperialism and the idea that with our Western wealth we make every effort to ensure that people have access to do away with their families. This choice of abortion is really taking life. Sadly, we've normalized it to such an extent that we don't even think about what it is or what it means. And now we're going to export it as a value and a good.

The other part of Cardinal Collins' letter that really resonated with me is his criticism of the strong undertone Prime Minister Trudeau conveyed that women can be successful only without children. Essentially, it’s the idea that women need to, like men, be able to choose the timing of their children lest their success be curtailed. If that's not misogyny I don't know what is. Ultimately, women will always be the ones who bear children and most women want to, even if it's becoming increasingly difficult to have families today.

Convivium: Is there a misogynistic or paternalistic belief at work here?

Our poll results showed how strongly women feel about motherhood being not valued enough. It came out in our event as well on International Women's Day when one of our panelists spoke about being discriminated against not for being a woman, but for being a mother. She said it was very clear and very overt.

We claim to like babies. We think they're nice, they're cute, they have their place, but that place is nowhere near the workforce. Nowhere near an office. Nowhere near Parliament. You can have every seat in Parliament filled with women, and the elephant in the room will be that not a single one of them has a child. In reality many of them will want children and what are we going to do then?

Convivium: There was a big initiative a while ago to make Parliament more child-friendly. We've heard absolutely nothing since.

Andrea Mrozek:  No, and nothing changes to ensure that. It's still controversial for some women to breastfeed in public, which is amazing to me.

Convivium: Even to the number that is appropriate to have.

Andrea Mrozek: A lot of women will comment that once they have children, particularly if they choose to stay home with those children, then they disappear from the public. Slowly the calls stop coming. Whatever degrees you had before are irrelevant. You've made your choice and you're really not part of this world anymore. We perpetuate the idea that power is found by pushing paper around on your office desk. By being a lawyer, 24/7 available, by being in Parliament, what have you.

We do not, as women, value homemaking or the beauty of a comfortable, cozy home. I don't think we value so many aspects of being a mother. If you asked me the question we asked in the survey, is motherhood valued enough today, then I would definitely say no.

Convivium: What can people do? Short of overt political action, how should they be communicating what the Cardus Family polling data shows?

Andrea Mrozek: The idea of pursuit of vocation is different from the pursuit of success, I think. It's really the idea that you are pursuing what God's plan for you is at that time. That can change over the life course and flexibility will bring you into different zones. Different pursuits at different times.

If those women, like the women we profiled at our International Women's Day event, were given more public profile that would be one way to raise up a more reasonable representation of who women are.