Hardline secular activists in the United Kingdom are pushing for the elimination of the advancement of religion as a charitable purpose. The National Secular Society claimed earlier in March, “Promoting religion is not inherently a public benefit and can sometimes even cause harm to society.”

While that exact call hasn’t been heard in Canada recently, the B.C. Humanist Association – a charitable organization – is campaigning to convince municipal councillors to put the squeeze on houses of worship that enjoy broad property tax exemptions. The activists want religious organizations to prove their value to the community before getting these exemptions.

The general thrust of the activists is this: Religion is harmful or useless to society, so why should religious organizations receive favourable tax treatment?

With timing that some might consider providential, the Special Senate Committee on the Charitable Sector heard testimony on that very point in Ottawa last week as it studies the way federal and provincial laws affect charities and non-profit groups. John Pellowe, CEO of the Canadian Council of Christian Charities (CCCC), testified before the committee on whether the advancement of religion is a legitimate charitable purpose.

For Pellowe, the answer is an obvious “yes.”

“Charitable status enables places of worship to do more good than they otherwise could do,” Pellowe told the committee.

And he says advancing religion produces a general benefit. 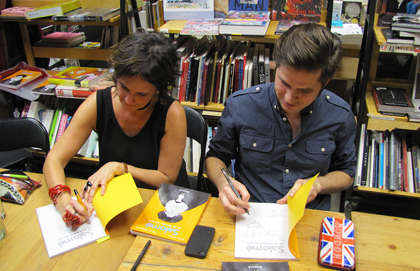 “Studies have shown that people with strong religious convictions also often have stronger pro-social and altruistic values, which motivate them to give more of their time and money to others,” the Stats Canada report concluded. “Also, because they are integrated into networks of congregational members, they would appear to be solicited more often and to feel more social pressure to give and to meet the group's standards.”

Pellowe also outlined for senators the general benefit a house of worship provides to its community, be it through social services, for example, or space for community meetings offered at low or no cost.

“The mere presence of a place of worship in a community contributes to its wellbeing and vibrancy in terms of its stability and its social development as indicated by the decline in a neighbourhood’s viability index when a church leaves the neighbourhood,” he said.

In his written brief to senators, Pellowe went into even more detail, citing research published by Cardus. The Halo Project, conducted in Toronto in 2010, found that for every dollar in a religious congregation’s budget, the city received an estimated $4.77 worth of benefit. That comes in many forms, including by providing space for weddings, child care, or artistic performances. It also includes things like programs for suicide prevention, ending substance abuse, and providing housing or job training – things that make cities more livable.

While the tax benefits that religious organizations receive in Canada have received the most attention in terms of evaluating charity laws and regulations, Pellowe argued the advancement of religion provides other benefits that reach beyond the pews. He said the free exercise of faith, encouraged by charity law, is a key contributor to keeping Canada a liberal democracy.

“Religious belief, such as the value and intrinsic worth of every human being, and religious rights blazed the trail for many other rights, including freedom of assembly, freedom of speech, and freedom of the press,” he said. “It is good for everyone that our society encourages institutions … that bring people of faith together to leverage individual freedoms into communal freedoms. This is why the European Court of Human Rights stressed that the autonomous existence of religious communities is indispensable for pluralism in a democratic society.”

Secular activists (including those who benefit from charitable donations) may never be convinced of the value of the religious communities around them. But if John Pellowe and the CCCC have their way, Canadian senators will re-affirm the contribution of religious communities to the common good.

It’s not clear when the senate committee will produce its final report. Until it’s delivered, Canadians of good faith might want to push senators in the direction John Pellowe’s testimony points. The alternative could be letting hardline secular activists move Canada along the U.K.’s uncharitable and unacceptable path.

Today, Gideon Strauss introduces us to his beloved Outremont through the eyes of Valérie Amiraux, author, scholar, professor, and Outremont resident.