Convivium: In 2001 you published Surprised by Oxford, an autobiographical retelling of your journey to faith. How did you decide to publish your story?

Carolyn Weber: I never anticipated writing a memoir in a million years. I had always been primarily an academic. I am academically trained, and still saw myself as primarily a scholar after I became a Christian. Even after years of teaching at secular institutions, people were always asking me how I had become a Christian. Students over the years said to me: “Have you thought about writing your story?”

I had always kept a journal, but it was a private genre and I had always been a bit of a scrap-booker. I kept memories because I was always that quirky person. A literary agent approached me about the possibility of publishing something. I had colleagues coming up to me and saying, “Off the record, I would be very careful publishing anything about your faith before you have job security.” I had just had my daughter. I was up for tenure. I felt so naïve. I appreciated their advice and the more I looked, the more I realized this was a very difficult landscape I had never navigated.

I then went through a very difficult birth experience. Having a near-death experience helped clarify what I had been dragging my feet on. So, when I took a sabbatical year, I said that I was going to write an academic book, and ended up burrowing away and writing a memoir. I wrote about home while I was away from it. I wrote it while I had three children. It was an exhausting year but it changed how I saw the intersection of faith and what we do with our lives. It felt very vulnerable and like a more public crossover, but I discovered that when we try our best to be obedient, He really does bless that process.

Convivium: You contend you encountered faith through what was your most engaged academic opportunity to date. How did you navigate the academic space as an individual committed to rigorous intellectual reflection and research while still opening yourself up to the life of the Spirit?

Carolyn Weber: It really is a quandary. The tension is heightened in the academic world, primarily because people are very territorial about their intellectual property and thought life. Perhaps this makes academics much more sensitive and responsive than in other areas of work. We still have a very segregated society in which we cannot be complementary nor enrich each other.

It is important to note that all faith traditions are incredibly focused on learning. Especially in the Judeo-Christian sphere, we need to acknowledge that we were bibliophiles to begin with. We are people of the book. We have a legacy of being much more critically-thinking than we think.

People nowadays are missing the language of allusion that is used in the literary so well. People of faith have an identity that lies in a story larger than their own moments. As a people of faith, we have the ability to have a great reverence for the literal significance of things. The liturgy helps remind us of this.

The less that we have a sense of narrative, the less we have an ability to see the world around us. Reading is a skill, a skill that breeds compassion.

C: As a professor, what do you see as the role that faith plays within the current undergraduate or post-graduate Canadian scene?

CW: Currently I have found that the spiritual literacy of undergraduates is almost in the negative. It’s as though they have never even been exposed to the Bible as literature. It’s not as though these students have even been exposed to faith and rejected it. They were never even offered the opportunity to be informed. I experienced this as a child. I thought, “Why didn’t anyone at least tell me that you could say grace before meals?”

Even at our greatest institutions of intellectual discussion, we are leaving God and faith out of discussions regarding the largest intellectual issues. I’ve never seen a phenomenon like it. I don’t know of any other subject that has been responded to in such a manner. If you go into a public school, the Bible has been completely pulled from the curriculum, even as a historical document.

When a conversation is forbidden, particularly politically forbidden, I find it touches on the issue of human dignity. Part of this phenomenon can be attributed to fear and not knowing what to do with the assertion of truth in this post-truth world. 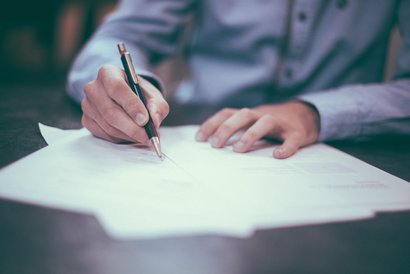 If anything, we have been handing this next generation the language of faith without any of the meaning. Students are being given all of the information, but none of the wisdom. Christians need to step up to the plate intellectually. One of the most important things Christians can do is engage thoughtfully. We need to model the call of loving God with all of our souls, bodies, and minds to the world. When we don’t give people faith as a viable form of living, I think we deny them even a very basic human right of being able to make a decision.

C: You studied the Romantics and have stated that you read widely, citing everyone from Dickens to Dillard as being on your list. Who would you identify as leading literary voices of the day that grapple with the challenge of speaking about faith in the public space?

CW: The question is often asked, “Why are there not more Christian authors engaged in our culture?” I’ve noticed that Christian fiction is quite dominated by certain genres. There really is a big conversation around this question.

We’ve had Lewis and Tolkien, L'Engle and Manning, and even Frederick Buechner. These are very formative authors, and yet there aren't many in our day and age that are able to appeal to a wide audience as a Christian writer. It’s difficult to locate Christian writing that isn’t pigeonholed. I love the Marion E. Wade Center at Wheaton College. This is a parallel group that was started to collect the papers of these authors – Dorothy Sayers, Tolkien, Macdonald, Lucy Shaw, Madeleine L'Engle – all the writers in that generation.

Marilynne Robinson has a wonderful tone of being able to write about deeply moving matters without alienating a non-Christian reader. Leif Enger is a beautiful writer as well. He is able to write incredible ideas about grace without it being off-putting to a reader from the outside. I have also appreciated the work of Wendell Berry. I think Anne Lamott does a great job of introducing the idea of faith to people who would never pick up a Bible.

My heart always goes out to the people who somehow beautifully manage to strike a tone between not being an ass and welcoming people into thinking about higher things – the things that are beautiful and true and right and good.

C: What is on your bookshelf?

CW: Our culture is becoming less about reading in a sustained way, and this is hurting our culture at large. The less that we have a sense of narrative, the less we have an ability to see the world around us. Reading is a skill, a skill that breeds compassion.

Currently, I have some Tennessee Williams and children’s literature on the bookshelf. I am also reading Diary of an Old Soul by George Macdonald. This book is based on his prayer journal and is basically a series of prayers. It is absolutely stunning to read a different side of an author that is so well known.

I am also reading a beautiful memoir Tolstoy and the Purple Chair: My Year of Magical Reading by Nina Sankovitch. The story follows the lived experience of the author who decided to read many, many books in the year after she lost her sister to cancer. It beautifully examines how the process of reading is both relevant to life and allows us to feel and move through grief.

There is a reason that Jesus came to us as a baby in a book. The more I read, the more I am confirmed in my belief in the centrality of the story of Christ, and our place within it.

C: One Convivium reader would like to ask you: “Is there an unexpected place from which you derive hope?”

CW: There are so many places from which I derive hope I don’t know where to begin. I am so amazed at what a show-off God is. I am surprised so often by his immense mercy, grace, and sense of humour that meets me even when I am moody or ungrateful.

I often encounter a sense of refreshment and hope within nature. Just recently I was trying to carry in all the groceries, the car was hissing and steaming, someone had pooped, and yet I felt this reminder to just breathe where I was at. I looked at our picnic table in that moment and an enormous bald eagle landed there, staring at me. That was my burning bush in that moment, the reminder of His unexpected glory being in our midst.

In yet another encounter recently, I had lost my keys on campus. I mean all of my new keys – the one for the copier, the mailroom, the professors’ office, my elderly mum’s house. So I began to pace through campus searching, freezing cold. It was just at this moment that an enormous deer stopped right in front of me. It was breathtaking. It had stopped directly in front of the statue we have on campus of Jesus.

I’ve begun to believe that miracle is the norm, not the default. Earl Palmer, my pastor at University Presbyterian Church in Seattle said that, “Jesus is the norm.” And so, when these moments of beauty break in, my hope is rekindled. I’ve known depression, serious illness, and so I think those things have helped me see the profundity of the underlying miracle that occurs when these miracles, these foretastes of heaven break through. They are reminders of what we are here for.

C: Your story has unfolded across Canada, the U.S. and England. What is your hope as we lean together into the future?

CW: I have so appreciated the work of Victor Frankl who speaks to the dignity of man and people – and what it means to be human. Even as we are suffering, it is with meaning. Jesus says, “Do not be afraid. Do this in remembrance of me.” I think that these two phrases are the most powerful refrains for a reason. May these refrains bring our eyes back to the promises that we are given.