It was a crash of catastrophic consequences that reverberated around the world. Six years later, many of its survivors are still picking up the debris of their shattered lives, and appealing to the world for help.

It was the summer of 2014 and on June 10, after four days of fighting, Mosul, Iraq’s second largest city, had fallen to ISIS (Islamic state) terrorists. Unfurling black flags across the city, the invaders ran amok, killing, torturing, and enslaving thousands of Christians, Yazidis, and other minority faith groups, desecrating churches, and toppling statues and crosses.

On July 2, in a chilling act of hatred, the extremists painted the first letter of the Arabic word ‘Nazarene’ (Christian) on the doors and businesses of Mosul’s Christian inhabitants, marking them as targets for their cruelty.

Thousands of Christians, Yazidis, and others fled in shell-shocked, panic-stricken terror. The international Organization for Migration reported the number of those who left as 500,000, which included 200,000 Christians and 200,000 Yazidis.

The world was slow to wake up to this unfolding genocide, says Nuri Kino, a Syriac Christian journalist and activist based in Södertälje, Sweden, who had been one of the first to alert the world of the gravity of the situation. He had warned through his reports, of the impending catastrophe, but neither the UN for the U.S. did anything to avert it.

That day, Kino gathered a group of concerned volunteers and coordinated a social media blitz, sending 15,000 emails to key people around the world: major news outlets, lawmakers, politicians (including Canadians), UN officials and NGOs. They attached reports and proof of the unfolding genocide in Iraq.

“Our message was that nobody could claim they were unaware of the situation,” he says. “It was a crisis that demanded immediate action, and if the world did not come to the aid of these persecuted people, they were complicit in the persecution.”

Echoes of the same message resounded across the world in the weeks that followed, as activists— independently or in concert with A Demand for Action, the international advocacy organization that Kino founded — gathered for peaceful protests in major cities.

“If Canada wants to be a beacon of hope to all humanity, the Canadian government and people can do more to restore the dignity of our people."

On September 6, an estimated crowd of 2000, many with the letter ‘N’ (for Nazarene or Christian) in Arabic pinned to their lapels, assembled in front of Ottawa's Parliament Hill to heighten public awareness of the unfolding tragedy in Iraq, and to appeal to the Canadian government and public for help.

“We put this together in three weeks,” Keith Bell, one of the organizers told Convivium. “My wife Anne and two other couples—close friends of ours and devout Catholics like ourselves— were discussing the situation of Christians, and other faith minorities of the Middle East, and decided that the best way to make a difference was to hold a demonstration.”

He added that the Archdiocese of Ottawa, and Archbishop Terrence Prendergast “came through with flying colours” when approached for support, and even paid for the required insurance.

“I think all people of faith were devastated by the Islamic state attacks on Christians,” said Carl Hétu, National Director of the Catholic Near East Welfare Association, discussing his memories of the event in an interview with Convivium.

“In one sense, it mobilized not only Christians of Latin and Eastern rites but all other religions who had representatives at the rally to say ‘no’ to persecution, ‘no’ to violence, ‘yes’ to respect, ‘yes’ to peace.”

“Attending the rally and helping with some organizational details was the least I could do,” said Rabea Allos, a Baghdad-born Iraqi Christian activist who had travelled all the way from Toronto to Ottawa for the rally. 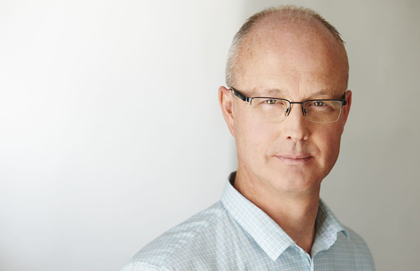 “What we are facing today is not persecution, but genocide,” Father Niaz Toma, keynote speaker at the rally, said six years ago.

An immigrant from Iraq himself, Father Toma, who was the pastor of St. Thomas Chaldean Church in Hamilton at the time, pleaded eloquently for Canadian help and support for Assyrian, Chaldean and Syriac Christians, as well as for Yazidis and other Middle Eastern minorities.

“If Canada wants to be a beacon of hope to all humanity, the Canadian government and people can do more to restore the dignity of our people,” he said.

Six years have passed since these grassroots protests and desperate cries for help drew the world’s attention to the debacle in Mosul.

In reply to a Convivium question on what difference, if any, the flurry of civil society activism has made, Kino said that with relentless and sustained campaigning, his organization has had a hand in getting the European Union and the U.S. to recognize the genocide officially.

“We were able to get international media coverage of the issue, and also convinced some countries (such as the U.S.) to send aid directly to these genocide survivors (rather than through UN channels),” he added.

Canadian activists, by contrast, expressed disappointment at their government’s lacklustre response, particularly during the past five years.

A motion introduced by Rona Ambrose, then leader of the Opposition, in June 2016 to declare ISIS atrocities against Christians and other Middle Eastern minorities a genocide was defeated by the Liberal government.

“The Canadian government did not take the issue seriously for political reasons,” said Allos. “The government refused to declare what happened to Iraqi Christians by ISIS a genocide. Iraqi Christians are the indigenous people of Iraq, and since Canada signed the United Nations Declaration on the Rights of Indigenous Peoples (UNDRIP) in 2016, the government is obligated to protect indigenous people not only in Canada but worldwide.”

Six years later, the help is still desperately needed, because Middle Eastern Christians, Yazidis and other persecuted groups are in dire straits, despite the defeat of ISIS by U.S.-led troops in 2017.

“Iraq is currently facing several crises simultaneously, including high unemployment, sectoral division and corruption,” said Carl Hétu. He added that the collapse of oil prices and the COVID-19 pandemic have exacerbated these problems.

Another major threat hanging over the heads of these Christians and other minorities is the ever-present shadow of ISIS.

“ISIS may be gone, but the ideology of ISIS remains strong and the identities of current and former ISIS members remains masked,” said Claire Evans, regional manager for the International Christian Concern, a Washington-based NGO.

“This, of course, is a concern for Christians,” Evans explained. “But the more immediate threat facing Iraqi and Syrian Christians are the Islamic ideologies of foreign governments. In Iraq, that means Iranian expansion into Christian areas to promote Shia Islam. In Syria, that means Turkish expansion into Christian areas in order to re-establish the territory of the (former) Ottoman Empire.

“Because of these factors, Christian families are leaving Iraq each month, going mainly to Lebanon and Jordan,” Carl Hétu said.
“They could be stranded for years before they can find a home in Canada, Europe or other parts. They won’t go back to Iraq.   With the covid-19 crisis they might be there for years to come, living in limbo.”

Those who have fled to Lebanon and Jordan are still struggling for survival in harsh conditions. With no work permits and no chances of building a safe, stable life for themselves, they are dependent, for their basic needs on NGOs such as the Catholic Near Eastern Welfare Association and A Demand for Action, which help them with food, housing and healthcare.

Accepting more refugees into Canada is not the only solution to their problems, says Allos, when asked what the Canadian government can do to help displaced people caught in the quagmire of Middle Eastern politics.

“Canada can help in efforts to rebuild the Christian villages and help to get the internally displaced refugees to their homes,” he suggested.” It is financially more viable to help refugees to return to their homelands and help them build their lives in their native land rather than relocate them to Canada or other countries.”

The road back home, however, looks long and rough for most people whose world was shaken to its very foundations when they lost everything— families, homes, livelihoods and more, to the terrorist invasion.

“They fled from terrorists and genocide. Now they are trapped in lockdown, without food and water, because of the corona virus,” says Kino of the refugees that A Demand for Action helps in Lebanon.

What We Owe the Victims of ISIS

The Yazidi people of the Middle East deserve justice and respect, not just sympathy or pity, for fighting so valiantly with the West, writes Convivium contributor Susan Korah.