After 20 years leading Canada’s Euthanasia Prevention Coalition, Alex Schadenberg is unsurprised by news a B.C. doctor has been exonerated for sneaking into an Orthodox Jewish nursing home and terminating an elderly resident.

“What Dr. (Ellen) Wiebe did was completely wrong, but it was completely expected she’d be cleared of any wrongdoing,” Schadenberg told Convivium this week. “She was welcomed into that home to kill someone, and that’s what she did.”

Last month, the B.C. College of Physicians and Surgeons dismissed a complaint against Dr. Wiebe for taking the life of 83-year-old Barry Hyman at the Louis Brier Home and Hospital in Vancouver. The College ruled Hyman had asked for so-called Medical Aid in Dying (MAiD) and was entitled to it despite the hospital administration prohibiting termination of patients on the premises. The decision was made public only this week when Dr. Wiebe shared it with the lobby group Dying With Dignity and The Globe and Mail.

Schadenberg said Dr. Wiebe could apparently kill Hyman with impunity because his hospital room was considered his home. The termination required that she and a nurse smuggle drugs and equipment into the nursing home to inject the octogenarian cancer patient with the toxins that ended his life in June 2017.

“She intentionally went into a nursing home where it had been made very clear that (the administration) did not want euthanasia going on because some of the residents had lived through (the Holocaust). I think it was unethical. I think she broke the trust of other people living their Jewish faith in that institution. But as much as I think it’s wrong, she had no problem being exonerated.”

Schadenberg, who celebrated 20 years as executive director of the Euthanasia Prevention Coalition in late July, noted Dr. Wiebe has become a “celebrity” euthanizer for her commitment to delivering medical death and pushing the boundaries of what Canada’s 2016 euthanasia law allows at least on paper.

“This is a person whose whole focus is on killing people. It’s what she does. You have to think about what that means we’ve become,” he said.

He stressed, though, that if Dr. Ellen Wiebe hadn’t taken on the role, it would almost certainly have fallen to another of her medical colleagues. The outcome was virtually inevitable given how sloppily the 2016 law was written, and how far it strayed from the Supreme Court of Canada’s narrower decision in the 2015 Carter judgment.

Intriguingly, although a person of deep personal faith, Schadenberg has long argued the case against MAiD first from a secular perspective.

“Say you’re running a Catholic institution now where you’ve said, ‘We do not want this on the premises; this is a euthanasia-free zone.’ Well, Dr. Wiebe has basically told people ‘too bad, we’re going to do it anyway.’ The (euthanasia lobby) has been pressuring governments to change policies and pressuring hospitals to change policies. One of my fears is that all this is going to be leading to forced change.” 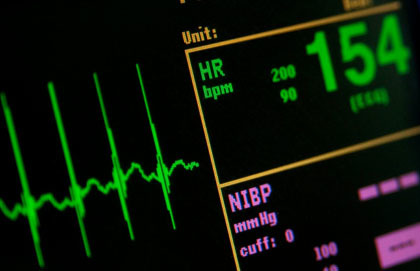 The Core of the Euthanasia Clash
MAiD In Canada: A Thankless Fight
The Moral Pandemic of MAiD

He is not without forecasting success. The Euthanasia Prevention Coalition wasn’t able to prevent euthanasia coming to Canada in 2016, but it wasn’t for lack of foresight, warning and activist advocacy on the part of Schadenberg and his colleagues over the past two decades. In fact, he became engaged in the issue in the very early 1990s because of Robert Latimer’s gas chamber execution of his daughter.

What moved Schadenberg to action was a poll showing more than a third of Canadians thought Latimer should be acquitted, or at least not serve jail time, for putting his pre-teen child in the cab of his farm pickup truck, sealing it to make a chamber and pumping it full of gas from the vehicle’s exhaust pipe.

“People were saying he was loving father, and what he did was fine. I interpreted that as showing a very strong eugenic attitude within the culture. It wasn’t just that she was disabled, as bad at might seem to many people for a young girl. It was the fact they thought she was better off dead. That is highly eugenic because it says that certain lives are considered not worth living, that Tracy was less human than other people. I thought then that was a serious problem, and I see the same thing in the culture today.”

Schadenberg says he was troubled by the assault on the sanctity of life that Tracy Latimer’s killing represented, but also by the way it undermined basic human equality. The eugenics and euthanasia mindsets are both threats to equality rights, he says.

As he moved toward leadership of the Euthanasia Prevention Coalition, Schadenberg was surprised by how few of those in his community were able to see the juggernaut of medical killing bearing down on Canada. He recalls a conversation with a doctor friend who assured him it would never happen here.

“His response was ‘Oh, Alex, we’ve already won. The Canadian Medical Association has held its position (against medical killing). We’re not going to follow the Netherlands. We’re not the Dutch.’ And I’m thinking, ‘What makes you think we’re any different? We’re human just as they are.’ But he was quite convinced.”

Schadenberg was fully convinced of exactly the opposite and, despite the stress it placed on his family, took on the EPC leadership role to, at least, slow down the medical killing future he saw coming. He has since become an international expert on MAiD, most recently travelling the globe to warn jurisdictions as diverse as Croatia, India, Australia and New Mexico against going down the assisted suicide-euthanasia-medical-aid-in-dying path. The EPC also worked in association with filmmaker Kevin Dunn last year to produce the documentary Fatal Flaws, which dissects the arguments propounded by, and the calamitous outcomes of, the worldwide MAiD industry.

Intriguingly, although a person of deep personal faith, Schadenberg has long argued the case against MAiD first from a secular perspective. You don’t have to believe in God, he says matter-of-factly, to believe it is wrong to kill people, especially the sick, the weak, the vulnerable, the unwanted and less than worthy.

“It’s not about being religious or not religious. It’s about living my life as a human being. It’s about answering the question of how I help and protect other human beings. You don’t have to believe in God. You can believe in whatever you want. But you have to look at the real nature of the human person, how we live our lives creating interdependent community with others.”

After 20 years of watching the MAiD juggernaut gain increasing power until it has the means to exonerate from even professional impropriety a doctor who terminates an elderly Jewish man in a hospital where Holocaust survivors live, does he still have the drive to create that kind of community, to keep the euthanasia prevention battle going long after it seems well and truly lost?

“I started doing this because I looked around and didn’t see anyone else doing it. I have to keep involved, whether at this level or not I don’t know. But the reality is, you can’t be silent. You can’t be silent about a law that allows physicians and nurse practitioners to kill people. I have no fear of death. I do fear a country that allows people to kill me.”

The truly surprising thing is that only 20 years ago, Schadenberg’s final sentence would have surprised absolutely no one.

MAiD In Canada: A Thankless Fight

As Canadians weigh in on prospective changes to MAiD laws, Peter Stockland sits down with Euthanasia Prevention Coalition’s Alex Schadenberg to discuss his serious concerns with the country’s trajectory.