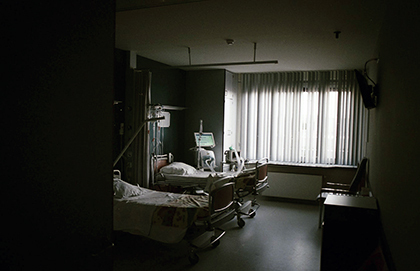 Alex Schadenberg has been leading the Euthanasia Prevention Coalition in the thankless fight against doctor-administered death for more than 20 years.

In the nearly 10 years that I’ve known him in that capacity, I’ve never heard him so close to almost terminal frustration. Irrepressible by apparent genetic disposition, Schadenberg continues to urge on the battle. But the federal government’s latest “public consultation” on revisions to the 2016 Medical Assistance in Dying law has him sending out signals of serious retrenchment.

“My focus is becoming far more heavily on how we protect our own,” the EPC executive director says with a discernible tinge of weariness in his voice. “It’s important (to remind) the whole compassionate care community, those who recognize the nature of the human person, that just because you think euthanasia is wrong doesn’t mean that in your own time of darkness, you will not also succumb. We have to recognize that’s how humans are and how we react.”

Schadenberg’s reaction to recent events in the pushing forward of MAiD is a far cry from his unwavering certainty a decade ago that euthanasia and assisted dying not only could, but would, be stopped by battling on all fronts from the legislative and legal to media-shaped popular opinion.

Long invariably irenic, he sounds incensed describing the fight that has blown up in B.C. where the provincial government has ordered a hospice in the Vancouver suburb of Delta to begin permitting medical assistance in dying contrary to its founding principles. But there is a special scorn in his voice for Ottawa’s online “consultations” that were launched Jan. 13 and will end next Monday.

Federal Justice Minister David Lametti and two of his Liberal cabinet colleagues are shepherding the process in response, at least purportedly, to a 2019 Quebec lower court ruling that found Ottawa’s MAiD law to be unconstitutional. A one-judge decision in September held that the Criminal Code cannot require death to be “foreseeable” before poison can be injected into a patient’s veins. An equivalent stipulation in a bill passed by Quebec’s National Assembly was also struck down. The judgement will have the force of law in the province by March 11.

Save Us, Sex Pistols
A Truly Bizarre Lapse
MAiD In Canada

Schadenberg scoffs at the very idea of the federal government asking the public for direction when it failed to even do its constitutional duty and appeal the low court verdict through the Quebec appeal courts and ultimately to the Supreme Court of Canada. He also finds it darkly laughable that Justice Minister Lametti is reassuring Canadians the decision applies only in Quebec.

“They (the federal government) know there’s not a judge in the land who’s going to let a prosecutor go after a physician for performing euthanasia on someone whose natural death was not reasonably foreseeable. It’s been decided by the Quebec court already, and whether I like it or you like it, it is a national decision and the law has technically been changed anyway,” he says.

In Schadenberg’s eyes, the online appeal for public advice is a “dog and pony show…a set up…almost a sham” for the foregone conclusion of expanding MAiD far beyond the initial limits embedded in the already-flawed 2016 federal legislation. He picks apart several of the questions being put to Canadians, particularly one that asks whether MAiD should be available only when doctor and patient agree reasonable efforts to relieve suffering have been tried without success.

“Writing the question the way they did assumes I agree MAiD should be available. But of course I don’t agree with that. They’ve very carefully left me no way, though, to answer that I don’t agree. I don’t like people playing with me or using me like that.”

Hard as it might seem, he fears there’s worse coming. The consultation does not ask, for example, about extending MAiD to children, something many of its advocates began pushing for almost before the ink was dry on the 2016 legislation. That might seem cause for relief – except to someone who’s been face first in the euthanasia and assisted suicide issue for more than two decades.

“It makes me think they’re not done yet,” Schadenberg says. “As much talking as they’ve done about adding children, maybe they didn’t think now was the right time to do it. They left children off this list because they’ll be back looking at another list of changes in the future.”

As bleak – and gruesomely cynical – as all that sounds, the warrior in him refuses to say “die” and abandon the field. He finds hope in the prospect of applying pressure at the provincial level to limit at least the worst excesses of administering medical aid in dying. Even Ottawa’s woeful attempt at ersatz public consultation is worth indulging if only to remind those opposed to euthanasia and assisted suicide that their defiance must remain stalwart in the darkest of times.