"[T]he devil prowls around like a roaring lion looking for someone to devour. Resist him, firm in your faith…." (1 Peter 5:8-9).

For centuries, Christians took such advice for granted. Now, secular culture tends to mock any mention of the demonic as a relic of the past, a mere symbol of an inner darkness or a pre-scientific explanation for psychosis. Jousting with the Devil is a timely book that inspires us to re-examine the role of personal evil in current cultural battles through the prism of one of the finest minds of the 20th century: G.K. Chesterton.

I am far from being an unabashed fan of Chesterton. Many of his works I admire — Orthodoxy chief among them — but others I have found somewhat tedious. I often prefer books about him by writers who do us the favour of condensing his voluminous writings, drawing out a specific theme for our meditation. Father Wild has done us such a service, highlighting Chesterton's battle with the Father of Lies, eliciting valuable insights applicable to our times.

Wild begins by leading us through Chesterton's own encounter with evil, which he first detected in the dark depths of pessimism found in some currents of thought in the late 19th century. He also became more aware of the existence of a personal supernatural evil through his exposure to black magic. Chesterton as a boy had toyed with a "planchette," which was popular during seances in the Victorian period. As he experienced the planchette running across the table with its own energy, Chesterton became convinced of a supernatural cause. "Chesterton believed in the devil before he believed in God," writes Dale Ahlquist in the book's introduction. Perhaps more telling was Chesterton's "more than ordinary awareness of evil within himself."

Wild wonders whether Chesterton might have received a special grace to experience a very profound and painful awareness of his sinfulness.

Chesterton's view of the devil is best summarized in his own words: "When the disciples were first sent forth with their faces to the four corners of the earth, and turned again to acclaim their Master, he did not say in that hour of triumph 'All are aspects of one harmonious whole' or 'The Universe evolves through progress to perfection' or 'All things find their end in Nirvana' or 'The dewdrop slips into the shining sea.' He looked up and said, 'I saw Satan fall like lightning from Heaven.'" Chesterton obviously trusts the gospels and Christ's own testimony to the existence of the devil, the prince of this world and the father of lies. He also understands that life is a battle, that a real spiritual war is being waged between good and evil. 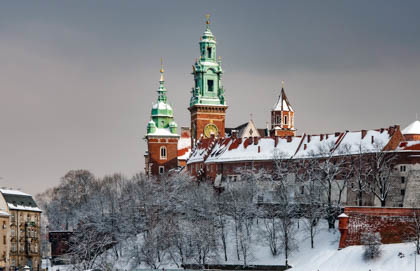 From Sea to Sea: A Continuing Survey of Religion, Culture and Public Life
The Barbarian Invasion of Euthanasia
Cathedrals of Time

Chesterton insisted that "this world can be made beautiful again by beholding it as a battlefield" and "I have no use for a Church which is not a Church militant." The battle is largely one between truth and falsehood, and Chesterton's arena was the mind. He fought the devil in the realm of ideas and suffered on the battlefields of the mind, recognizing that our intellects can be influenced by a supernatural power of deceit; in a word, by the devil. "Chesterton experienced that there was an invisible power in the world that is a lie-telling thing." The main work of the devil, in Wild's estimation, "is to insinuate deficient ideas and false philosophies." Ideas have weight; they influence action and affect our being. Wild even goes so far as to warn that "a false idea is even more harmful than a moral fault, for wrong ideas beget moral faults."

One gift of Wild's work on Chesterton is a deeper insight into the intellectual and spiritual challenges of our times. As mentioned, Chesterton's encounter with black magic made him more aware of the devil and of supernatural realities, to the point where Wild proposes Chesterton as the patron saint of converts from neo-paganism. (Though Chesterton was raised a Christian, he says that he was converted from paganism.) There is much anecdotal evidence of people being drawn to Christianity through reading Orthodoxy, Everlasting Man or other works by Chesterton; it seems that Chesterton's own background and battles make him eminently suited to speak to the hearts of people in our neopagan culture.

Furthermore, Wild remarks upon an insight of Pope John Paul II that Christianity was born in a pagan world. Penetrating a pagan society with the Gospel is therefore not a challenge foreign to us. Christians should have great courage in their encounter with modernity. Wild explains how Christ's teaching that the gates of Hell will not prevail against the Church does not mean that we are hiding in a fortress; rather, the Church is on the offensive, declaring to the world that the devil has already been defeated. The Church is engaged in a "mopping up" operation (to use a phrase from C.S. Lewis).

Wild devotes an entire chapter to The Ball and the Cross, which is "Chesterton's most extensive treatment of Satan's techniques of deception in the modern world." He argues that Chesterton's insights in this philosophical novel put him on a par with other authors' works on the anti-Christ at the turn of the century: Monsignor Robert Hugh Benson's Lord of the World and Vladimir Soloviev's A Story of Anti-Christ. Chesterton's prophetic vision is evidenced in his character of the Peacemaker, a relativist who spoke of "no moral principles being quite fixed." Chesterton wrote The Ball and the Cross in the early 20th century, a century that would later see the "dictatorship of relativism," the New Age movement and so on.

Another character, Professor Lucifer, proposing the blessing of eugenics, says, "Yes, indeed, Life is sacred — but lives are not sacred. We are improving Life by removing lives." Wild rightly points out how this sick logic can be applied to the abortion movement — sacrificing lives for the well-being of the couple. Chesterton had "spoken clearly of the return of infanticide that would accompany the new paganism." Recalling Wild's main thesis of Chesterton's battle with the devil, it is worth noting that the demon's hatred of the human race is perhaps most obvious in all the deceptions that have contributed to the plague of abortion in our times.

Any work on Chesterton would be unseemly were it to end on a heavy note. Wild wisely remarks that "a very important aspect of Chesterton's prophetic and apologetic mission was keeping alive belief in the reality of evil spirits. While not the most cheery part of his legacy, it is an essential dimension of the truth of the Gospel…. Despite a deep personal belief in these truths, he was able to maintain his celebrated and often over-emphasized joy, mirth, playfulness and wonder."

Jousting with the Devil could have ended well at this point. I don't quite understand why the author chose to include an unnecessary excursus: a digression on George MacDonald's universalism (the belief that at the end of time, everyone will be saved). Chesterton was deeply influenced by MacDonald's The Princess and the Goblin, but aside from that, this chapter seems out of place. Was Chesterton a universalist? It would seem not. In fact, what would be the point of fighting the devil if even he will be saved in the end?

The inclusion of this chapter does not detract from Wild's impressive accomplishment in this book — to help bring the devil back into civilized discourse through the voice and genius of G.K. Chesterton, to awaken us all to the spiritual battle that rages around us and within us, to raise our awareness of the drama of human life in this world. For Christians believe that the Son of God shed His Blood precisely to rescue us from our slavery to sin and the power of the Evil One. Consider the immense dignity and value of each human soul to be the object of such hatred by the devil, and of such infinite and tender mercy by God.

The Barbarian Invasion of Euthanasia

As Christians and Jews journey through Holy Week and Passover, Father Tim McCauley finds Montreal’s St. Joseph’s Oratory a place of worship, yes, but even more the embodiment of time God gives for our rest and renewal.