As Canada's media and political exhibitionists scandalize themselves with tales of robo-dialed phone calls, real robotics overhead have humanity on the further edge of wonder.

This August, barring catastrophe, a robotic rover named Curiosity will be climbing a mountain on Mars. The six-wheeled explorer will parachute down to the Martian surface, cross a plain and ascend a mountain slope, sampling rocks and atmosphere as it goes.

By then, of course, terrestrial gossip foragers will no doubt have long forgotten our late winter imbroglio over the use of automated dialing machines to misdirect voters away from polling stations in the 2011 federal election.

Though each day's new robo-call revelation is revealed to us as the gravest imaginable threat to Canadian democracy, at summer's end we will certainly have been provided whiffs of equally ominous instances of corruption and depravity.

Yet there Curiosity will be, rumbling along, digging and sniffing real dirt in a landscape far from our own. It will, as a matter of mission, be sending back to NASA a tourist's trove of photographs, one of which might—who knows?—contain the evidentiary inklings of life. Ho-hum. 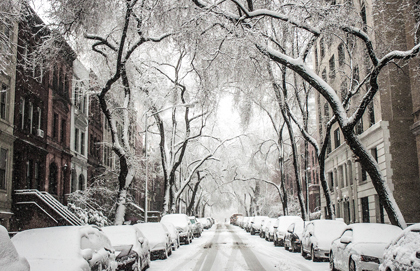 This mix of insatiable earthbound muck sucking and our utter ennui at the stunning achievements of our species is the genuine scandal of our age. It constitutes the loss, not just of some ephemeral notion of political innocence or even rectitude, but of the quality that distinguishes us from everything else. That would be our wonder.

We should, naturally, attend to wrongdoing, trivial or tragic, that presents itself in front of our noses. The attention must, however, be proportional. Incessantly projecting our errors against the sky obliterates our accomplishments but also our light, our spirit.

Indeed, a recent article I read on the upcoming Curiosity expedition emphasized how much Mars itself has become a solar system Holiday Inn: no surprises.

According to science writer Oliver Morton in a recent issue of Intelligent Life magazine, the geography Curiosity will travel through is about as well mapped as downtown Manhattan.

"Curiosity will never round a corner and reveal a vista unexpected by the scientists monitoring its progress," Morton writes. "Its data may surprise; its otherworldly surroundings will not."

The sense of jadedness implicit in those sentences touches the core of the problem. When, how, and why have we come to a cultural closing where the prospect of climbing mountains on Mars is engaging only for the data sets it will provide rather than as an astonishing celebration of humanity's gifts? Even more importantly, I think, why should mere familiarity with the fruits of those gifts extinguish our capacity to be endlessly provoked to wonder by them?

We are, after all, presumed to still crave the limitless mundane minutiae flaunted by our media and political exhibitionists. The dust and dirt beneath our shoes is supposed to obsess us while awe at the Heavens is written off with a bored, neglecting shrug.

Perhaps during an improbable pause between bouts of manufactured outrage, someone somewhere will look up and ask why. Wouldn't it be wonderful if that were to happen just as Curiosity begins its ascent?

Publisher Peter Stockland contrasts the abrupt resignation of Andrew Potter, head of McGill University’s Institute for the Study of Canada and the lack of political consequences as connected to Montreal's latest snowstorm.

The Politics of Print

Publisher Peter Stockland reflects on the politics of print in light of the Canada 2020 conference held in Ottawa last week.