In a YouTube video posted today, Taylor Hyatt sets out from personal experience why she’s “terrified” by proposed amendments to Canada’s Medical Assistance in Dying legislation.

Two years ago, Hyatt feels she was subtly pressured at an Ottawa hospital two years ago to accept the MAiD mentality that devalues her life as a disabled woman when she sought help for breathing problems that turned out to be pneumonia.

“The doctor said ‘we don't know what kind of infection you have but you might need oxygen. Is that something you would want?’ I said ‘yes, of course.’ She followed it up with “Are you sure about that?’” Hyatt told Convivium after the video was released through Conservative MP Garnett Genuis’ office.

Hyatt is the outreach director for Toujours Vivant-Not Dead Yet, a project of the Council of Canadians with Disabilities. Diagnosed with cerebral palsy as a child, she normally uses a wheelchair although it was inoperable that day.

“It took me a while to wrap my head around why she was asking me if I was sure I wanted oxygen. Once I was better, I talked to some friends who have a lot more medical knowledge than I do, and they thought it was very odd. I began wondering if it wasn’t because I was a disabled woman who was tired and sick and alone,” she says.

After a week’s hospital stay and antibiotics, without oxygen treatment, Hyatt was back in action.

But the very ambiguity of her situation in the MAiD-era makes it deeply troubling. As she puts it bluntly: “Had I said no (to oxygen), I would have been eligible to end to my life. At the least, I would have been left wondering if I made the right choice.”

All that was well before the federal government’s tabling of legislation this week to make MAiD more accessible to Canadians, including dropping a legal requirement that death be “reasonably foreseeable” before the procedure can take place. At a media conference Monday afternoon, the three cabinet ministers responsible for the file were emphatic the changes include measures to answer concerns of disability activists and other opponents of medically assisted death.

“We have to be mindful that disabled Canadians often have fewer choices in terms of where they live, where they work, their income, and the supports they have access to... As long as we have that situation, where is the free choice to die when you do not have a free choice in where and how you live?” 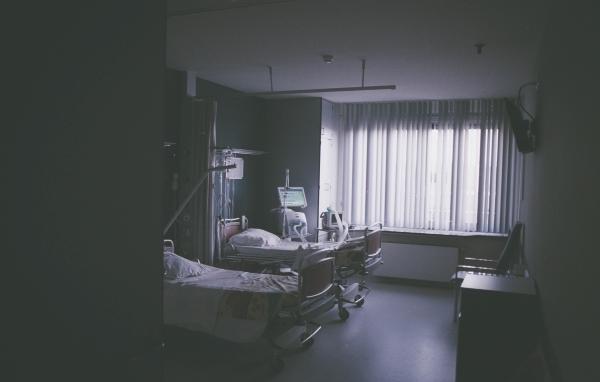 “Safeguards? My left foot!” Hyatt snorts. “They’re taking out some of the most important ones. I’m terrified by what they’ve introduced.”

Hyatt says true safeguards are impossible anyway when the thinking behind MAiD is so fundamentally flawed.

Lametti, Hajdu and Qualtrough told reporters at the press conference they’re satisfied that an month-long online consultation that drew 300,000 responses, as well as round table meetings held with stakeholders across the country, provided qualitative and anecdotal evidence of strong support for the proposed MAiD changes. The three ministers said that while the process was under intense pressure to meet a deadline imposed by a Quebec court order, their respective departments were able to crunch the numbers and process the verbatim responses adequately.

“Our departments can walk and chew gum at the same time,” Hajdu joked.

But Nicole Scheidl, executive director of Canadian Physicians for Life, scoffed at the effectiveness of the consultation. One person reported submitting 80 online responses to the questions that were clearly “biased” to get answers supporting expansion of MAiD.

“As far as the (round table) meetings go, they cherry picked who they met with. They only met with pro-MAiD groups,” Scheidl said.

She noted among the most worrisome of the amendments is the dropping of a requirement for consent to be given twice before MAiD is performed. The existing law requires consent at the time eligibility is granted, and again before termination of life occurs. Under the new law, once consent is given, there will be no need for medical staff to confirm it before, say, administering a lethal injection.

Scheidl said that flies in the face of Supreme Court of Canada rulings that consent is valid only when received before a given act takes place.

“The Supreme Court says that if you consent to sex, but then you go unconscious, your consent is automatically withdrawn. But (under the MAiD amendments) you can be killed without having to consent before you’re killed. It seems sex is more important than death.”

Scheidl says her group will focus its legislative fight on amending the legislation to give real protection to doctors who have a conscience objection to providing MAiD in the first place. Such measures are vitally needed, she contends, because in the four years since medically assisted death was introduced in Canada, the whole health care system has begun to pressure all medical practitioners into accepting it.

“They've removed all advocates in the system for patients who have challenging, um, issues, right? There's no one to advocate for them anymore. And the pro-MAiD healthcare providers want to make sure everyone's on side. If you have a conscientious objection, or even if you feel uncomfortable with providing MAiD because you don't think a person really qualifies, you're just going to get driven over.

“It's really poisoned the medical profession. It's becoming more and more challenging to find an area of medicine that you can practice in without being part of this regime.”

Scheidl warns the most terrifying thing about MAiD, exemplified by this week’s amendments and its further expansion later this year, is that it sounds the death knell for the Canadian healthcare system.

“They will destroy the medical profession completely in Canada because the only people who will go into medicine will be those who are very comfortable with providing MAiD. Those who don’t want to be part of it will have to find something else to do, which will severely limit patient access.”