The good news from Monday night’s Mitchell literary prize gala is that the contest launched to celebrate Canada’s 150th birthday will continue on beyond the end of 2017.

The great news of the evening was the astonishing quality of the winners chosen by the judges from about 250 stories and poems reflecting the centrality and vitality of faith in Canadian life.

Brandon Trotter took the $10,000 fiction top prize for Saint 148, a quirky and theologically provocative story involving a robot who yearns to worship God. Susan Fish’s $2,500 runner up Easter Water captured the mystery of baptism in a story about a young girl picking berries who remembers the wetness of hair after her grandmother takes her – somewhat surreptitiously it seems – to see a priest.

In the poetry category, Shane Neilson’s haunting Loss Sonnets finished second based on their linkage, in part, to his mother’s deep Catholic faith living and dying in northern New Brunswick. Somali-born, Ontario poet Rowda Mohamud won the $10,000 poetry first prize for Please Find Yourself A Space, which twinned the fears and dislocations of Canadian Muslim life with constant turning back to God, and therefore to love.

In announcing that the Mitchell Prize will next be awarded in 2019, Cardus President Michael Van Pelt said the Hamilton-based think tank (which produces Convivium.ca) became convinced as the Faith in Canada 150 initiative unfurled that language, poetry, story, and literature have a key role to play in the renewal of North American social architecture.

“The Canadian imagination at its best has always created room for people of faith,” Van Pelt told the gala audience at the Aga Khan Museum in North York. “Above all, (the Mitchell Prize) is about sharing beautifully crafted language together.” 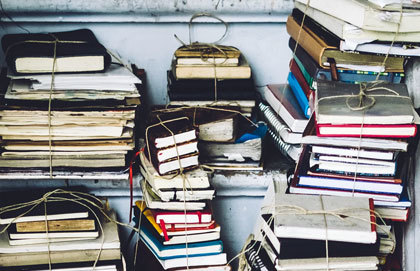 For Davis Mitchell, who inaugurated the award in part as homage to her late husband Ross, the telling of stories and the creation of poetry aligns closely with her role as a Christian spiritual director.

“Faith is not something we have,” he said, citing David Adams Richards. “It’s who we are.”

“We need to be stirred to life through imagination,” Mitchell said.

For Cardus editor and senior research Doug Sikkema, who marshaled the literary contest from its beginnings as a series of ideas through the judging and to its conclusion at the last night’s gala, the project was about demonstrating beyond doubt the legitimacy of faith’s place in literature.

Quoting Canadian writer David Adams Richards, Sikkema noted that for years people of faith have been treated with incredulity or outright scorn by the so-called secular literary establishment. But the “irrational hope that characterizes people of faith” has, in fact proved the very strength that has helped writers of faith endure in a hostile climate, Sikkema said.

“Faith is not something we have,” he said, citing David Adams Richards. “It’s who we are.”

Fiction judge Randy Boyagoda, a top administrator at St. Michael’s College in Toronto and noted Canadian novelist, welcomed the Mitchell awards because of their refreshing effect on the pool of those deemed to be Christian or religious writers. In a humorous speech, Boyagoda said he’s come to loathe the pantheon of luminaries such as Flannery O’Connor, T.S. Eliot, G.K. Chesterton, Marilynne Robinson and others simply because they are all most people think of when the topic of religious writing is raised.

“What these new writers can help us do is learn how to say ‘God’ in the here and now,” Boyagoda said.

Which makes a very strong claim to being the best news of all.