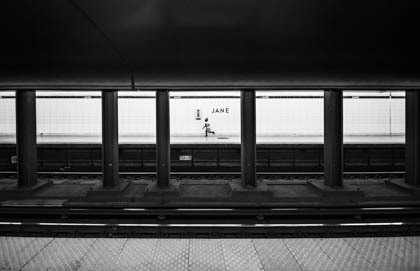 To one of those historical moments when the political air is pullulating with the shrieks of five-alarm banshees from all sides, American academic Mark Lilla just added a massed choir of air raid sirens.

In a weekend op-ed piece in the New York Times, the Columbia University political scientist said bluntly that “the age of identity liberalism must be brought to an end.”

Lilla wrote as a liberal picking through the wreckage in the immediate aftermath of the presidential election. But he also had a much broader point to make as a historian of ideas, namely the narrowing of social narrative into tighter and tighter circles of exclusionary affiliation.

In essence, he said, the electoral debacle was about something even more destructive than the rise to power of a certain foul-mouthed populist plutocrat with an inexplicable attachment to orangutan-coloured hair. It was about the dangerous loss of the full story of what it means to be an American.

The heft of Lilla’s impeccable liberal credentials may generate the most ear-splitting blow back from the advocates of identity politics, but he is hardly solitary in his concern about the demise of the need for common accounts. In a book released this year, journalist and public broadcaster Krista Tippett warns eloquently about the swamping of shared understanding in realms of the heart and mind that must, by their nature, exist outside politics. In Becoming Wise: An Inquiry into The Mystery and Art of Living, Tippett extends this warning beyond America’s borders to the West as a whole.

As a late-edge Baby Boomer, she traces the roots of it far farther back than an 18-month presidential cycle. Having lived in Germany when the Berlin Wall came down, she writes, she came to see what it means when politics is über alles.

“I internalized the message of the mid-20th century that politics was where all the important questions resided and all of the valid solutions too. I stopped thinking about God and threw myself into saving the world respectably by way of journalism and politics.”

Surrendering to Terror
Navigating True Compassion
The Humour Must Come Out
Like Lilla’s concern with identity politics specifically, like Tippett with her pushback against obsessive preoccupation with politics generally, Boyagoda sees in literature a necessary opening to rediscover the whole story of what it means to be human.

Tippett’s solution, if it can be given that definitive a sound, is to encourage the deeper listening that is a fundamental element of story. Becoming wise, she counsels, means venturing again with loved ones, neighbours, fellow citizens into the realm beyond politics that hold “more possibility for change than we can begin to imagine.”

It is an urging echoed by Canadian academic and novelist Randy Boyagoda, one of the judges in the just-announced Faith in Canada 150 literary competition. Boyagoda, principal and vice-president of St. Michael’s College at the University of Toronto and president of PEN Canada, says he took on the duties of judging the $25,000 Ross and Davis Mitchell Prize for Faith and Writing primarily because it asks both the writers and their readers to move into realms of thinking, understanding and expression outside conventional contemporary boundaries.

“For a long time I’ve been pointing out that for all the many goods of contemporary culture, one of the areas where we do not feel as much engagement is a sense of how religious experience should figure in the lives of ordinary people today,” Boyagoda told me this week.

Boyagoda will be part of a panel for the Mitchell Prize that is a who’s who of Candian literary lights, including fellow short story judges David Staines and Susan Lynn Reynolds as well as poets Deborah Bowen, Todd Swift and Parliamentary Poet Laureate George Eliot Clarke.  Short-listed writers in both the story and poetry categories will have their works published in an anthology in 2018.

“Aside from being a great way to invite people to think about religious experience (through literature), it’s also a great way to get young, emerging writer to create something fresh and interesting for broader public consumption.”

“It isn’t important just for religiously serious people. It’s important for readers period. It can open up those readers’ imaginations in important ways through its focus on faith.”

Like Lilla’s concern with identity politics specifically, like Tippett with her pushback against obsessive preoccupation with politics generally, Boyagoda sees in literature a necessary opening to rediscover the whole story of what it means to be human.

“It’s a welcome respite from a world that is too much obsessed and fixated with political questions these days,” he says. "Finding the imaginative space to get away from the (political) world is a wonderful thing. These days on the subway, I read Dante and the Economist. I read the Economist to be responsible, but I also read Dante to be responsible. I’m not merely a political animal. I’m someone who can be drawn to the beauty of literature.”

And as a very wise writer once said, beauty will save the world. Political banshee shrieking? Not so much.