Thirty-six years ago, negotiations between Canada’s federal and provincial governments about the patriation of Canada’s constitution followed on the heels of a close referendum over the potential separation of Quebec. It was Ontario’s Bill Davis who led a group of premiers insisting the preamble to the nation’s proposed constitutional guarantee of human rights acknowledge “Canada is founded upon principles that recognize the supremacy of God and the rule of law.”

The sitting Prime Minister’s opinion was expressed to his caucus as, “I don’t think God gives a damn whether he’s in the Constitution.” Pierre Trudeau may have had a point, but Davis’ position carried the day in the Constitution Act, 1982.

In addition to affirming an expansive understanding of religious freedom for individuals and religious organizations under the Canadian Charter of Rights and Freedoms in more than a dozen decisions, the Supreme Court of Canada has commented specifically on the language in the preamble, stating:

… the preamble to the Charter itself establishes that “… Canada is founded upon principles that recognize the supremacy of God and the rule of law”. According to the reasoning espoused by Saunders J., if one’s moral view manifests from a religiously grounded faith, it is not to be heard in the public square, but if it does not, then it is publicly acceptable. The problem with this approach is that everyone has “belief” or “faith” in something, be it atheistic, agnostic or religious.

To construe the “secular” as the realm of the “unbelief” is therefore erroneous. Given this, why, then, should the religiously informed conscience be placed at a public disadvantage or disqualification? To do so would be to distort liberal principles in an illiberal fashion and would provide only a feeble notion of pluralism.

The key is that people will disagree about important issues, and such disagreement, where it does not imperil community living, must be capable of being accommodated at the core of a modern pluralism. [Justice Gonthier, endorsed by Chief Justice McLachlin, in the 2002 decision in Chamberlain v. Surrey School Board.]

As the fall session of the Supreme Court begins its sittings, the Government of Ontario and the Law Society of Upper Canada (Ontario) have filed written arguments to challenge the establishment of a law school by a Christian university. They will appear later this year to state their position verbally. Trinity Western University’s proposed school of law complies in all respects with academic requirements agreed upon by members of the Federation of Law Societies of Canada, including Ontario’s.

Still, both the government and law society argue (to use the Supreme Court’s language above) there is a need for them to put the private university “at a public disadvantage or disqualification” because the law society and government disagree with the university’s “religiously informed conscience” on the matter of a faith-based community covenant for staff and students. Both particularly object that the covenant prohibits sex between students or staff outside of marriage between one woman and one man.

As a Christian, I believe and practice the Biblical recognition that all persons are created in the image of God (Genesis 1:26-27) with inherent dignity and value, and are worthy of respect. 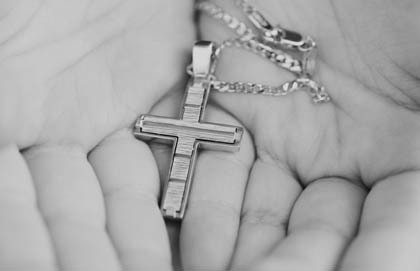 It’s worth noting that in 2001 the Supreme Court supported Trinity Western’s community standards in a similar scenario when the challenge was brought by the British Columbia College of Teachers. The Court concluded the university met academic requirements and could offer an education degree, acknowledging not everyone would want to attend the private Christian university. Graduates who decided to teach in in B.C. would be subject to the B.C. College of Teachers’ rules of conduct. The Court noted, “if TWU’s Community Standards could be sufficient in themselves to justify denying accreditation, it is difficult to see how the same logic would not result in the denial of accreditation to members of a particular church.  The diversity of Canadian society is partly reflected in the multiple religious organizations that mark the societal landscape and this diversity of views should be respected.”

In its submission to the Supreme Court in the law school case, the Law Society of Upper Canada bases its objection to Trinity Western operating a law school and the licensing of its graduates to practice law because the Law Society considers the Christian university to be “a private institution” with a “discriminatory admissions policy.” Effectively, the Law Society of Upper Canada contends the graduates of a law school that fulfils the academic requirements established to competently practice law in Canada may do so anywhere but Ontario, because the operating ethos of the school is Christian in belief and practice. The Government of Ontario has intervened in support of the Law Society’s position: no school, no graduates.

Consistent with this distortion of “liberal principles in an illiberal fashion” (to go back to Justice Gonthier’s words above about placing the religiously informed at disadvantage), in recent weeks the Law Society has initiated an extension of its submission on Trinity Western for application to currently licensed lawyers in Ontario. The Law Society has issued a directive requiring all its members “to create and abide by an individual Statement of Principles that acknowledges your obligation to promote equality, diversity and inclusion generally, and in your behaviour towards colleagues, employees, clients and the public” before January 1, 2018.

The new decree is framed within efforts to address racism within the legal profession, but the language chosen leaves little doubt that the promotion of “equality, diversity and inclusion generally” goes beyond the question of race.

As a Christian, I believe and practice the Biblical recognition that all persons are created in the image of God (Genesis 1:26-27) with inherent dignity and value, and are worthy of respect.

As a licensee of the Law Society of Upper Canada, I am obligated to abide by the laws in the Province of Ontario generally, particularly the Ontario Human Rights Code. Under the Law Society’s Rules of Professional Conduct I have “a duty to carry on the practice of law and discharge all responsibilities to clients, tribunals, the public and other members of the profession honourably and with integrity” as well as to “be courteous, civil, and act in good faith with all persons with whom the lawyer has dealings in the course of their practice.”

I expect to find myself among a group of lawyers from a variety of faith communities who consider our religious beliefs, commitment to the laws of nation and province, and obligations under existing rules of professional conduct – which is a mandatory community covenant for all who desire to practice law – as sufficient to address the Law Society’s concerns. There really is nothing more to add for purposes of an individual Statement of Principles.

However, submitting a statement that says my faith beliefs and existing obligations are more-than-enough may fall short of the Law Society’s expectation for members to “promote equality, diversity and inclusion generally.” Perhaps, only because we may have different understandings of what the words “promote,” “equality,” “diversity,” and “inclusion” mean. If adjudged that this more-than-enough is too little, I will likely find myself in the companionship of a substantial number of lawyers who, like potential graduates of Trinity Western University’s proposed school of law, have satisfied all academic requirements to engage in the practice of law, comply with Ontario’s laws and our obligations under the Rules of Professional Conduct, but will not bow religiously informed consciences to the god of 21 century political correctness.

Thirty-five years after Canada’s new constitutional Charter of Rights and Freedoms expressed its guarantee for the fundamental freedom of freedom of religion, it appears officials at the Law Society of Upper Canada and political leaders in the Government of Ontario might now well be the ones who don’t give a damn, this time concerning what the rule of law has to say about those who recognize the supremacy of God.