When we planned our launch for the new digital Convivium at our Cardus office in Ottawa, we sought a conversation about how faith plays its part in various aspects of our common life: the arts, the press, politics and the relations between faiths themselves.

Our publisher Peter Stockland was to moderate such a conversation among MP Elizabeth May, leader of the Green Party of Canada, Rose Ekins, curator of Ottawa’s innovative art gallery Studio Sixty Six, Jim Creskey, co-founder of the venerable Hill Times newspaper, and Richard Marceau, a senior advisor with the Centre for Israel and Jewish Affairs

But only 10 days before our event, the massacre at the Sainte-Foy mosque took place. At the launch of a venture that examines the place of faith in our common life, the conversation had to start there.

On Wednesday evening, Peter offered the following quotation from our Cardus colleague Andrew Bennett for comment by our panel:

One thing I found striking after the attack on the mosque, following the very righteous condemnation of the act, and the deep sympathy and prayers offered for those who were killed, was that we saw very little by way of a response from elites in our country about this being a violation of religious freedom.

Yes, it was murder. Yes, it was a horrific act of terrorism of a type. But we didn’t hear the condemnation based on these people being at prayer. At prayer, those of us who are faithful, those of us who are religious, are fully ourselves. So here were these people of Muslim faith being fully themselves, and being gunned down in a place where they should have been safe. It’s important for us as Canadians, and for our leaders, whether in Parliament or opinion leaders, to recognize that this type of atrocity is unique in being a violation of something so inherent to us as human beings.

There followed a discussion that brought up different categories, all of which contributed different ways of understanding the massacre. Bennett’s quotation proposed that killing people at prayer in a place of worship was the defining characteristic of the Sainte-Foy murders.

How we look upon the event, what we see, reveals something of how we understand the world.
Related Stories 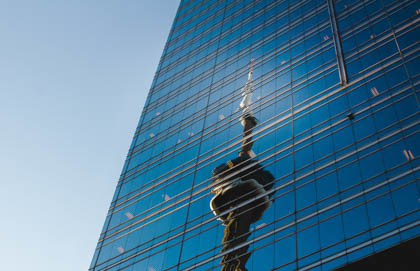 Elizabeth May took a similar line, saying that she, upon hearing the news, thought of the 2015 massacre at Emanuel African Methodist Episcopal Church in Charleston, South Carolina.

Those killings were motivated by racism on the part of the white supremacist shooter, and were widely understood in the category of racial hatred and violence. May suggested, though, that the church setting, people gathered for Bible study, was critical to understanding what happened. After all, it is possible to kill black people anywhere in Charleston; to do so in a church was a specific attack on an important part of black culture: the black church.

Richard Marceau went in the opposite direction, suggesting the site of the killings was at best secondary. The governing category was hatred for Muslims, and the killer in Sainte Foy could have chosen a mosque, a halal restaurant or a Muslim grocery story. Marceau’s category was hatred for the group, akin to an attack on a Jewish theatre or business.

Peter Stockland recalled covering the Montreal Massacre of 1989, when 14 young female engineering students were killed at the École Polytechnique. Part of the understanding of that killing was that, in addition to hatred for women generally, it was specifically an attack on young women preparing to fully take their rightful human place in professions once dominated by men.

Taking up Bennett’s point, Peter thought an important part of the Quebec mosque shooting was that those killed in Sainte-Foy were precisely flourishing, being fully human, at their time of prayer. That dimension of the coverage from 1989 – not only who was killed, but what they were doing when they were killed – was missing in 2017, Peter argued.

How then to understand what happened? No single category applies. I suppose that the mystery of evil, like a perverse facsimile of beauty, is beyond the possibility of a single category. My own view is that murder in a house of prayer is distinctively heinous, and I would emphasize that category of understanding, part of a lamentably growing trend around the world.

How we look upon the event, what we see, reveals something of how we understand the world. And certainly after the Quebec massacre, many were quick to put the killings into familiar categories.

Rarely for Quebec, no one seemed to think that the relevant category was French-English relations. There were some who thought it time to look again at Quebec secularism and pluralism.

On balance, I would support Bennett’s claim that the religious freedom dimension was underemphasized. Partly, that is because the age of totalitarianism taught us to think of limitations on religious freedom as a threat from the State. The trend over the last years of private assaults on religious liberty is another phenomenon that challenges our categories.

I was proud of our discussion on Wednesday night. Often we have answers to offer, considered and well articulated. The Quebec mosque massacre, 10 days out, is still a matter of multiple answers – and good questions too, which need a genuinely open forum such as Convivium to be explored.

In his nineth regular dispatch from from Montreal’s faith-rich Outremont district, Gideon Strauss meets Nora Chénier-Jones, a woman who co-founded Pluralisme Outremont, a group promoting an appreciation of diversity in Outremont's schools.