Convivium: Last time we spoke, you were in a race to secure funding through a Kickstarter campaign to launch a more public inquiry into the impact of your best-selling book, I Kissed Dating Goodbye. What was it like to appeal to the public to fund this inquiry project?

Joshua Harris: One thing I’d like to really highlight is that this project would not have been possible without the visionary leadership of the director Jessica Van Der Wyngaard. She really had a vision and communicated that beautifully. We weren’t saying “You were hurt by this book now give us money.” We were appealing to a group of people out there that still felt there was value in Christians re-evaluating and examining the ideas represented within I Kissed Dating Goodbye again. Those were the people that ended up giving.

C: Did a general theme to the feedback you received from the various emails, calls, and Skype conversations you engaged end up emerging?

JH: People shared that aspects of the book had made them fearful and given them standards that they were striving to reach, that felt unattainable or caused them to hold back from relationships. They had regret that came with that.

A huge theme that emerged had to do with sex, how the book shaped their views of sexuality and interacting with the opposite sex. There was a theme of disappointment. Folks sort of said, “I feel like I was promised something and now here we are.” This sense of disappointment wasn’t just all directed towards my book. There was something broader unfolding. Folks were saying, “I was promised that I would get married or get a relationship out of this.”

There were also other folks who really appreciated the book. They felt it had spared them from challenges like engaging in bad relationships.

C: Is there a conversation during your process of inquiry that made a particular impression on you?

JH: There was one gentleman from Australia or New Zealand. He wasn’t even angry about the book. He was saying that the book became an excuse for him to hide from relationships in different ways. That made me very sad. It is people who are trying the hardest to do everything right that often end up getting hurt the most.

For many people, reconciling a Christian sexual ethic with the reality on the ground, with what actually happens in people’s lives, in Christian lives even is a very confusing process.

We had different problems in our church back home and I felt this there as well. Our church blew up with different controversies and it was the people that cared the most that were hurt the most. The people on the sidelines weren’t as affected by it

C: My colleague and I have continued to return to the commentary of scholar and speaker Connally Gilliam on singleness being a vocation. It was a brief but powerful excerpt of the documentary, I Survived I Kissed Dating Goodbye.  Would you share with us a little more on that?

JH: Connally’s contribution was really powerful and different people who have reviewed the film have noted that. She is understated. There weren’t these fireworks of her being angry, and I think it’s for that reason that it doesn’t grab people as much and sometimes gets missed. People often miss that moment in the film, which is actually one of the meatiest contributions. As director, Jessica really fought for that clip at different times when people wanted to cut it to streamline the film. It was so great having a single director. She kept saying, “We have to keep that. We need to have the voice of an older, mature single woman who has not been married at all.” It was a great impulse on her part. 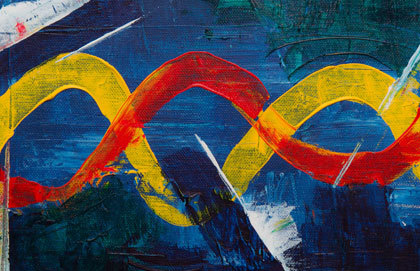 C: There’s a really poignant scene in the documentary in which you look out over a rooftop at golden hour and express the tension you’re wrestling with. Many readers were urging you to leave your commitment to a theologically rooted view of marriage and relationship behind entirely as you worked through the legacy of I Kissed Dating Goodbye. Tell us about that tension.

JH: For many people, reconciling a Christian sexual ethic with the reality on the ground, with what actually happens in people’s lives, in Christian lives even is a very confusing process. This is something that Jessica wanted to hit on in the documentary and I don’t think we got there as much as we wanted to. There can be this massive gap between what is stated from the pulpit, the Christian doctrine and what is happening in the pews – Tinder, pornography, and showing up to church after hookups. I think what the people who are reacting against the purity movement are in a way saying is, “It’s not just the hypocrisy. We tried to follow the rules and we think there is damage caused – we failed.” There are whole ranges of issues that are being expressed.

People said, “If you’re really sorry, you need to state certain things and think certain things.” I think the tension I felt is similar to what a lot of folks experience. It’s hard to figure out what to hold on to. My upbringing, the churches that I grew up in, were so tied to specific practices, standards, and rules. And when we start to say this was unhealthy or start to walk away, it’s hard to distinguish between that and God. It’s still a struggle that extends beyond sexuality.

C:  What conversations do you think have been catalyzed through making this documentary?

JH: I don’t completely know. I do get letters from people who are watching the documentary and are saying, “This helped me realize how my thinking and my views of sexuality were shaped in ways I didn’t even realize by this era, by this book.”

I believe the documentary is contributing to conversations that are unfolding between different generations. My parent’s generation thought things for certain reasons, and I don’t think they realized how it affected their kids. I’m hoping that by asking these questions, it will be easier for parents to have conversations with their adult children.

This documentary does seem to be a jumping off point for people to say, “Why did we think a certain way? How much of our thinking was affected by culture? How much was affected by the Bible? How do we have a healthy conversation?

I believe the documentary is contributing to conversations that are unfolding between different generations.

C: How did you go about building the team that would accompany you through such an intimate and open-ended experience?

JH: Jessica was always really good about acknowledging the fact that there was risk involved for me in a way that she wasn’t experiencing. She’d say, “I know. I appreciate you. I appreciate you putting yourself out there.” This was again a symptom of Jessica’s leadership.

One person who deserves a lot of credit is Rachel Dewey. Rachel is from upstate New York and heard about the film. We became like the Three Musketeers working on the production end of the project. She volunteered hundreds and hundreds of hours. If Rachel hadn’t stepped through and given us this boost, we don’t know what we would have done.

C: Both you and Jessica have graduated from Regent College, completed this documentary, and are beginning a new chapter in each of your stories. Can you give us a brief glimpse of what is next for both of you?

JH: Jessica has moved back to Australia. I’m still hoping that, somehow, she’ll come back to Canada. It would be fun to work with her again on something. She’s such a talented filmmaker. I think she has a real future in film. She has incredible ideas about how to talk about theology, culture, and different issues the church is facing using the medium of film.

I am still living in Vancouver and running my own marketing and brand strategy business. My business is called Clear and Loud. I’m really enjoying working with people in all different industries. My love for the power of story and words to help folks be more clear about what they do and reach more people.

C: If you could say one thing to viewers of this documentary, what would it be?

In the midst of the politics of uproar, Convivium’s Hannah Marazzi chats with Ismaili Muslim writer, speaker, neighbourhood builder, and Little League Coach Eboo Patel about creating a civil world through quiet acts of community.

Rabbi Reuven Bulka, prolific writer, communicator and leader in the Jewish community, talks to Convivium’s Hannah Marazzi about the impact of the Pittsburgh synagogue murders and how to honour the 11 people killed at prayer.