In recent weeks I’ve written, and other Convivium.ca writers have contributed, sharp criticism of journalistic performance on a variety of issues.

It’s true that at the institutional level, corporate providers of the ceaseless information that floods our waking hours too often resemble a pooch begging for table scraps while running in ever diminishing circles going yip-yip-yip.

It would be disingenuous, however, if due emphasis is denied the abundance of frontline reporters and writers who are producing first-rate journalism and bringing it to wider audiences than could ever have been imagined 15 years ago.

Here in Canada, the thinnest top segment of a very partial roll call would include the political reportage of the Globe’s Bob Fife and Steve Chase. As a team, in the past 18 months alone, they’ve broken more genuinely important stories than most reporters do in a career.

It would certainly also include GlobalNews Ottawa bureau chief Mercedes Stephenson. She broke and has unflaggingly pursued the story of sexual misconduct in the Canadian Armed Forces. When her interview implicating former Chief of Defence Staff Gen. Jonathan Vance emerged last winter, I didn’t get it. It seemed to me like a consensual love affair gone bitterly bad.

But Stephenson, to her everlasting journalistic credit, saw the bigger picture. The result, of course, has been the immolation of Vance’s military career, an obstruction of justice charge (so far untested in court) being laid against him, and revelation of utterly ignominious cover-up behaviour by cabinet and the PMO. That’s the kind of thorough calling to account that journalism working at its best can produce: not just teasing us with some sleazoid exposé but holding to account those who wield and potentially abuse power. 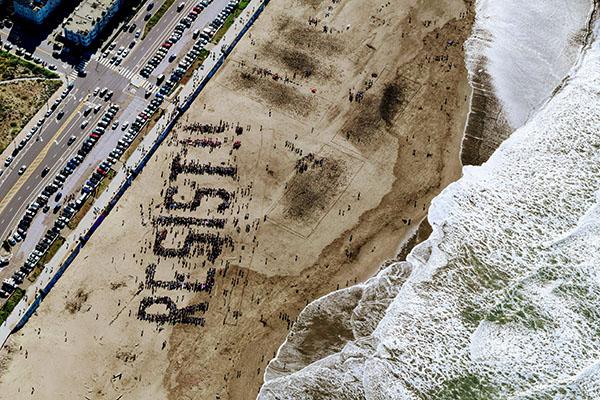 In What Do We Trust?
The Mission Continues
Stockland Moving On… But Not Out

It would certainly also include GlobalNews Ottawa bureau chief Mercedes Stephenson (who) broke and has unflaggingly pursued the story of sexual misconduct in the Canadian Armed Forces.

The laudatory scroll could go on and on. It would be massively incomplete without mentioning two veteran opinion columnists who provide, on a consistent basis, justificatory evidence for at least the partial truth in journalism’s too often bloviated insistence that it matters to democracy.

For a lot of years now, at several different publications, Andrew Coyne has committed journalism for the country’s authentic benefit. In a way it’s a curious achievement since Coyne is the most un-journalistic of journalists. When I read his columns, I feel I’m watching a guy who comes to work in a fish market, lays out his razored knives, then methodically, expertly, and with laser-focus-no-fuss-no-muss-no-wasted-movements, filets the day’s flounders, tidies up, and calmly goes home.

User experience may vary, obviously, but there is one thing no one ever does with an Andrew Coyne column, and that is end it without thinking: “Well, I never thought of it quite that way before.”

That instinct to provoke the unthought thought, to reflexively come up with the take untaken, has also been a hallmark of columnist Licia Corbella’s work for the Calgary Herald and before that the Sun chain newspapers, where she served a kind of watch-and-learn mentorship years ago under the late, great, eternally missed Christie Blatchford. Like Blatchford, Corbella had always seemed to get up each day with the suspicion some hornswoggling new brand of injustice transpired overnight, and her duty is to track it down and give it a thump with a rolled-up newspaper or electronic equivalent.

Where Blatchford rubbed out miscreants in the corners with sharp elbows à la hockey hero Gordie Howe, Corbella comes straight at her malfeasants with a full-voiced warrior’s cry. Crucially for democratic life, her definition of injustice infinitely exceeds the abstract, petrified, clichéd, selfie-fashionability of self-identified so-called social justice warriors. Witness, as evidence, the onslaught she unleashed last spring in behalf of a Korean immigrant family whose Dairy Queen burned down, leaving them at the mercy of a predatorially authoritarian Calgary city councillor.

Corbella seems to get up every day with a sense that some hornswoggling new brand of injustice transpired overnight, and her duty is to track it down and give it a thump….

We need journalism to fulfill that function. The good news is that, in the midst of institutional confusion and ineptness, it still does so at the individual level. There are, in this country, many dozens of reporters and writers who daily – hourly – bring to bear similar skills and dedication as the few examples I’ve cited. There’s even better news. The very adulterations of social media that catalyze journalism’s institutional failings have also spurred the possibilities and the proliferation of individual journalists working to do, well, good – even great – work.

In the next column I’ll look at one such venture called The Pillar that, at first blush, seems a quintessential Internet niche navel gazer gambit. Put it this way: It’s a Catholic publication started by two former canon lawyers. But in recent days, it has broken a story that is ripping into the soul of American Catholicism, and might break ground for a revolutionary and renewing way of doing journalism.

Photo by  Joppe Spaa on Unsplash.com

In What Do We Trust?