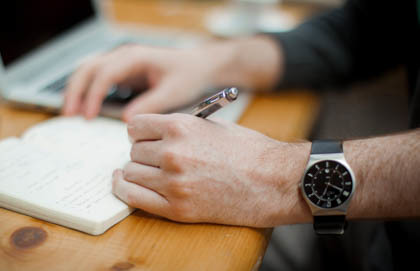 Journalistic Ambiguity Not Worth A Tweet January 16, 2014  |  By Peter Stockland
Print

What remains is for the overnight clean-up crew to trash the media mischief that set everyone a-twitter in the first place. Screeches of commentary, howls of editorial indignation and loon calls of impending apocalypse have sounded because of reportage based entirely on a single, anonymous individual making one private request for religious accommodation that he then withdrew in order to accommodate the existing order.

The effect of the journalistic refusal to acknowledge the full significance of that key fact is, alas, what was always going to happen once reporters stopped chasing ambulances and started cruising ambiguities.

An ambulance is a very factual thing. It rushes down the street, siren beckoning. When it disgorges its cargo, the trailing journalist's job is to announce to the world, as I never tire of quoting G.K. Chesterton, that Lord Jones is dead even though most people did not know Lord Jones was alive.

In the world of facts, the reporter's role is really limited to re-organization. It might make a more compelling tale to begin by relating, for example, how Lord Jones went home from the hospital in a hearse that discretely dropped his mistress off at a bar near her apartment, rather than recounting his arrival in the emergency ward at the unionized mercies of a paramedic named Joe. The order of things can properly be arranged for best purchase on the audience.

Ambiguities, on the other hand, are essentially acts of imagination: a tool the vast majority of journalists are soddenly inept at handling. Safer to hire werewolves as barbers than to let most journalists loose with sharpened imaginations.

Unfortunately, two generations of journalism ago, self-styled "new journalists" such as Tom Wolfe and his cohort began conflating fictional techniques, including the studied use of ambiguity, with old-fashioned factual reporting. They got away with it because they were brilliant, and they were brilliant because they got away with it. In the eternal creep of these things, the drudges eventually horned in. Every general assignment reporter became first a storyteller and then—Gott im Himmel save us—an interpreter of the world.

If, as a great German thinker once said, poetry is what gets lost in translation, then self-interest is what can be found sunk in the mud of most journalistic interpretation. Facing facts that add up to nothing, "interpretative reporters" will say just about anything to convince us it all means something.

In the York University story, the four established facts did add up to zero.

1) A man made a request.
2) The request was considered.
3) There was internal disagreement over how the request should be answered.
4) The man withdrew his request.

No one died—or lived—as a result. Nothing actually happened. Zero. Well, nothing, at least, in the world of facts as ambulances.

In the world of journalist as creator and interpreter of grand ambiguities, however, a factual zero is but a peephole through which to spy a coruscating cascade of "what ifs?" and "is it possible thats?" and  "how will we respond whens?" and, ultimately, "where do we draw the line against this madnesses?"

And if that requires muddying a key fact such as, oh, I don't know, a controversy-generating request for religious accommodation having been withdrawn before the story was written? Well, so be it. Journalistic self-interest is not served by serving up story-killing facts. It's served by creating maladroitly imagined reportorial fictions.

Success is no longer announcing the fact of Lord Jones' untimely demise, nor even finding his broken-hearted mistress sliding off her bar stool in a gin joint uptown. No. Success is touching off the screech of commentary, the howl of editorial indignation, the loon call of impending apocalypse.

We all know where such stories belong. Yet we continue to get swept up in them and twitter them to death. Cue the sirens at Heart Attack and Vine. Clean-up crew on standby.