Mourners on behalf of a grateful nation gather today at St. John the Baptist, the Anglican Cathedral in St. John’s, for the funeral of the pride of a nation, John Crosbie. Two nations, actually.

When Crosbie was born 88 years ago, Newfoundland was its own dominion, separate from Canada. Scion of one of Newfoundland’s most prominent families, Crosbie’s political career began under the titanic Joey Smallwood, the man who led Newfoundland into Canada and ruled it afterward, part pharaoh, part premier.

Crosbie would enter provincial politics as part of Smallwood’s cabinet, but would later resign in protest against the autocratic tendencies and corruption of a de facto one-man rule. Crosbie would challenge Smallwood for the leadership, and lose, but his immense courage was the sine qua non of Newfoundland’s transition to normal democratic politics.

But there was nothing normal about Crosbie, if by that is meant being just another politician, competent and creditable. He was much more than that. It was the rhetorical fireworks that got attention, but it was the courage that was more important; whether it was standing up against Smallwood or taking the heat, in person, for standing down the cod fishery of Newfoundland.

But it is not for me to recall his provincial career in Newfoundland or his various cabinet posts at the federal level – finance, fisheries, justice and international trade. There is only one person in the land to do justice to that tale, and it is Convivium’s friend Rex Murphy, Crosbie’s fellow Newfoundlander. Read his generous and comprehensive tribute here.

Rex speaks of Crosbie as perhaps the last of the “true characters.” Why the last? That is worth considering.

Crosbie’s time on the national stage coincided with the rise of television in Canadian politics. He entered the House of Commons in 1976 in a by-election; televised proceedings began in October 1977. 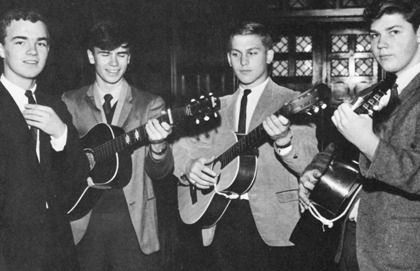 Sea to Sea
Papal Holiness
The Beginning of the End: Lessons on the Fortieth Anniversary of St. John Paul II’s First Visit to Poland

His theatrics were ideal for television, lighting up screens with his wit and straightforward declarative style. Crosbie could not be adequately captured in print, no matter how able the reporter. He was meant to be encountered live, and television was a reasonable facsimile.

Crosbie’s 15 years on the national stage, roughly 1979 to 1993, was something of a golden age for television and politics. Those who had mastered the arts of inspiration and persuasion in front of real crowds of real people were thus exposed to a much larger audience. It’s hard to remember now that fiery orators like John Diefenbaker were experienced by most on radio or, latterly, in small news clips. Silky speakers like Wilfrid Laurier read, not heard.

By the late 1970s, though, television’s reach was ubiquitous and displayed in colour, with multiplying newscasts and television stations. Crosbie was ideal for the medium, as were other telegenic leaders like Pierre Trudeau or, south of the border, Ronald Reagan.

But television did not treat them all equally. It loved the Crosbies on the scene. Actually, there was only one Crosbie, but others followed in wake. One thinks of Ralph Klein, who had the common touch and turn of phrase, but neither the learning nor the true wit. They did make for great television.

Yet the dominant effect of television was not to lift up the characters who were not afraid to tell the truth, but rather to create another kind of character altogether, entirely bland, endlessly repeating the same rehearsed points. They were cool, calm and devoid of any ability to inspire or inform. Crosbie’s great performances in the House of Commons with sparring partners who were eager to rise against him are no longer. It has been more than a decade since I’ve bothered to watch the proceedings in the House. Does anyone now? Why would they?

By the time Crosbie left the federal scene in 1993, the “500 channel” universe was on its way. That was to be a transformative thing before Al Gore invented the internet. Now any MP, no matter how insignificant, could be on television at any time. And many of them were. The principal goal was to emerge without making a mistake and most accomplished that by not making an impression.

Humour is a danger above all to be avoided. Jokes when misinterpreted cause offense and the best jokes are often funny because they give offense – to hypocrisy, to self-importance, to stupidity. Crosbie reminded us of the importance of humour in politics. A joke is a shared thing, and shared things are necessary if we are to weave together a common life. Our fractured time is in part a consequence of less humour on offer in public discourse.

Social media and the internet have ensured that no future Crosbies will emerge. They would not get through the candidate vetting process.

Crosbie’s final turn in public office was as Newfoundland’s lieutenant governor. It wasn’t clear how that would go, given that vice-regal representatives are actually supposed to say nothing of controversy. The elderly Crosbie had mellowed sufficiently that he did not stir the pot as he did in decades past. But he did pioneer the vice-regal fashion statement precisely as a national, political and cultural statement. He wore sealskin, proudly and provocatively. He had sealskin vests made for indoors, wearing them even in the height of summer. (In St. John’s that can still be rather chilly). It’s a shame that John Crosbie was cremated. I was looking forward to Canada’s first sealskin coffin.

Father Raymond de Souza travels to Rome for the canonization of Pope Paul VI, which he notes is part of a 21st century uptick in papal sainthoods.