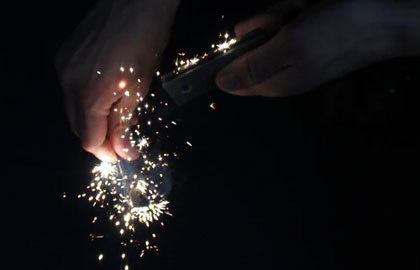 Seeking to relieve creeping autumnal gloom a few weeks ago, I treated a friend of mine to one of my many favourite jokes.

“A customer walks into an international tea shop in Liverpool and sees the day’s special is an Australian blend featuring local hints of Merseyside flavouring. The owner behind the counter explains that it’s an ingenious confection marrying the best of the billabong and water straight out of the Mersey River right there in Liverpool. When it arrives, the customer notices there are bits of hair and bone and what looks like claw floating in the tea, and demands they be immediately removed. ‘Sir,” snaps the owner. “I’ll have you know that the Koala Tea of Mersey is not strained.’”

There was the descent of what venerated Montreal Canadiens sportscaster Danny Gallivan immortally called “a degree of quietude” over the friend. Thinking she needed a hand with the literary reference, I began to explain it was a play on “the quality of mercy is not strained” from Shakespeare’s The Merchant of Venice.

Perhaps I should have substituted the one about the narcissistic chess masters who were thrown out of the lobby of the Chateau Laurier because the manager was tired of hearing chess nuts boasting in an open foyer. Then again, that might not have produced the sought-after ba-da-boom effect, either.  Some people, as the saying goes, just have no sense of hee-haw.

Humour is a funny thing. People love to laugh except when they don’t. It can be a perilous thing, too. In recent years, we seem to have returned to a medieval approach to jocularity. Playing the fool the wrong way can be instant grounds for Twitter-whipping, grovelling self-incrimination, and flagellated appeals for forgiveness, followed by loss of status and the rudiments of economic subsistence.

Yet we persist. Well, I do anyway, along with the admittedly dwindling coterie of har-dee-har specialists who get genuine tears in our eyes retailing and re-telling the funniest joke in the world, the one about the man who had an orange for a head. Trust me. You’ll want to hear it. Unless you’re one of those dry types don’t give a fig for good humour.

Humour is, at heart, a crucial form of the three supernatural virtues: faith, hope and charity.

Being an optimist, I remain convinced the pursed-lip crowd simply cannot and will not prevail over the fundamental human need to yuk it up. A long-ago friend of mine had a combination mantra that doubled as a HazMat level warning: “The humour must come out.” In her case, sometimes the saying did triple duty as a quasi-apology after the fact.

She was, however, perfectly right. The humour must come out. So it does in manifold weird and wonderfully laughable ways. Earlier this year, I met a charming Newfoundlander who told me about a place he visits on The Rock where a kind of civic obligation is collecting, collating, and sharing parrot jokes.

Walk into any bar in the town, he said, and people will soon be inviting you to pull up a chair and swap parrot punch lines. I thought he might be pulling my leg until he segued into a variation on the theme with a joke about a penguin so ribald it should have come with its own bright orange NSFW warning.

Envisioning an entire populace making merry about sea birds leads to the true mystery of well told jokes: Where do they come from, how do they survive, and what gets them from place to place in persistently recognizable form? Anthropologists and psychologists have their theories, of course. In their seriousness, they sometimes forget Freud’s dictate that sometimes a cigar is just a cigar – unless it’s the one the vicar asked the organist to light for him.

I used to work for a magazine that had as one of its trademarks the phrase “Laughter is the Best Medicine.” I profoundly disagreed, and still do, with that characterization. Jokes are not pharmaceuticals. A belly laugh is not prescriptive. Crying with laughter is not mere therapy.

Humour is, at heart, a crucial form of the three supernatural virtues: faith, hope and charity. We believe in the essence of laughter because we believe implicitly that the absurdity and darkness of the world can be absorbed, transformed and sanctified. Our hope in comic moments is making the painful incongruities of the past a shared part of at least a momentarily brighter future. And, of course, we give the punchline and the attempt at creating laughter freely, in charity, that is, out of love.

My own conviction is that our hunger for the funny comes from the same place as the desire for friendship and the satisfaction of faith: that is, as a gift from God. I've written before about the magnificent cosmic jest that is Christianity with its perfectly timed overturning of previous predictable tales about the world; an eternal story told in a way that makes us want to burst out with joy to the world.

Funnily enough, that is exactly what many of us are about to do in only a few days time: welcome Christ the King to his birthplace in a Bethlehem stable whence he will bring salvation to the world. Just when the the creep of autumnal gloom becomes almost too much to, ummm, bear, the merriness of Christmas arrives with its love and, above all, laughter.