The Canadian election of October 2019 will clearly not be fought and won on the killing fields of the Middle East or in Uyghur re-education camps in China. But a foreign policy that pays little more than lip service to an important aspect of international human rights is bound to have domestic repercussions in multicultural Canada.

Both the U.S. and UK have woken up to the global epidemic of religious extremism, and have taken steps address in particular, the epic level of Christian persecution.

“The suffering and the pain (of persecuted religious minorities) which we have heard about today requires those of us with the privilege of political freedom to demand justice and human dignity for those who do not enjoy these freedoms. We cannot afford the luxury of silence,” Lord David Alton of the UK said in his speech at the Ministerial to Advance Religious Freedom held earlier this month in Washington D.C.

At this same summit, Lord Alton highlighted the persecution of 250 million Christians— the most persecuted faith group around the world.

The U.S. has also made the advancement of religious freedom a foreign policy priority. At the conclusion of the Ministerial event, attended by a thousand government officials and NGOs representing 106 countries, U.S. Secretary of State Mike Pompeo announced plans to create the International Religious Freedom Alliance.

“We hope that this new vehicle — the first-ever international body devoted to this specific topic – will build on efforts to date and bring like-minded countries together to confront challenges of international religious freedom,” Pompeo said. “It will provide a space for the work that we do here to flourish throughout the year.”

In addition, U.S. Vice President Mike Spence, announced that the U.S. had placed sanctions on two leaders of Iranian-backed militias, that he said have “terrorized the people of the Nineveh Plain,” a region of northern Iraq where religious minorities, including Christians and Yazidis, are persecuted, despite the military defeat of ISIS extremists.

“The United States stands with all victims of religious persecution and the American people have them in our hearts — and in our prayers,” said Pence.

Earlier this month, UK Foreign Secretary Jeremy Hunt released a report compiled at his request by Philip Mountstephen, Anglican Bishop of Truro, which documents the fact that globally 80 per cent of religiously motivated attacks are against Christians.

Bishop Mountstephen’s report sounded alarm bells about the severity of attacks against Christians which are close to genocidal levels in some parts of the world.  It highlighted consequences of this persecution that Britain’s Prince Charles (future King of Canada) has described as “indescribably tragic.”

The main concern, according to the report, is the large-scale exodus of Christians and the possible disappearance of the religion from its birthplace in the Middle East. The fear is based on figures which estimate that Christians in Palestine represent less than 1.5 per cent of the population, while in Iraq they have plunged from 1.5 million before 2003 to less than 120,000 today.

Foreign Secretary Hunt has pledged to implement the report’s recommendations that include sanctions against governments that condone or encourage persecution of any religious minority.

Sadly, Canada has apparently not yet heard the alarm clock. 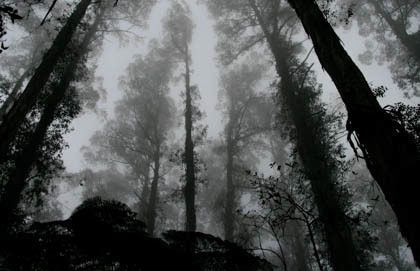 In sharp contrast to the U.S. and UK, Canada has been singularly obtuse and tone-deaf to the plight of persecuted faith groups around the world.  In particular, it has been handling the widespread and intensifying persecution of Christians with kid gloves, as if touching it would cause a domestic melt-down.

At least two Opposition MPs have been keeping a watchful eye on the Liberal record of the last four years on the file that relates to Article 27 of the International Covenant on Civil and Political Rights and Article 18 of the Universal Declaration of Human Rights.

Canada is a signatory to both international agreements. Article 27, which articulates the case in the clearest terms says:

“In those States in which ethnic, religious or linguistic minorities exist, persons belonging to such minorities shall not be denied the right, in community with the other members of their group, to enjoy their own culture, to profess and practice their own religion or to use their own language.”

David Anderson, MP for Cypress Hills-Grasslands and member of the sub-committee for international human rights of the House of Commons, points out the consequence of this blindness on refugees fleeing religious persecution. Those who get lost in the scramble for the limited number admitted each year are likely to be the most in need or protection, i.e., Assyrians/Chaldeans/Syriacs and Yazidis from the Middle East.

“This issue of Religious Freedom has not been a priority for (the Liberal government) at all,” Anderson said. “They do not seem to even understand its importance. An example of an important change that could be made would be for the Canadian government to place less dependence on UN lists when it comes to seeking out refugees.

“The smaller and most persecuted faith groups are not found in UN camps for the simple reason that the governing of the camps often results in very real continuing persecution for them. Yet the Canadian government will not consider that as a qualifying factor - this how the government was able to ignore both the Yazidi and Assyrian Christian crises, until forced to address them.”

Anderson’s comments on refugee selection highlighted the situation of Christians, Yazidis and other minority refugees in countries such as Jordan and Lebanon, where they dare not seek shelter in camps run by the UN High Commission for Refugees (UNHCR) no matter how pressing their need. Conditions in these camps are a nightmare for these groups, because they and their children are intimidated and attacked by fellow-refugees because of their faith.

Garnett Genuis, MP for Sherwood Park-Fort Saskatchewan said the reluctance to bypass the UNHCR system can be attributed to the government’s goal of securing a seat for Canada on the UN Security Council. “It’s nice to be a member of the Security Council, but we can’t sacrifice our principles for the sake of a seat,” he said.

The refugee question, however, is only one aspect of Canada’s blinkered view to the plight of international religious minorities.

“A good foreign policy will be deeply conscious of the modes of thinking of other cultures,” says Genuis. “Religion is an important dynamic in the lives of the majority of people in the world, and yet the government chooses to ignore it.”

Anderson referred to the abolition of the Office of Religious Freedom as a reflection of the current government’s indifference to the religious dimension.

“The dissolution of the Office of Religious Freedom (held by Andrew Bennett under the previous Conservative government) damaged Canada’s credibility at a time when we were establishing ourselves as international leaders in religious freedom, and failure to acknowledge specifically that Christians face the most persecution of any group leaves the impression that the current government is more interested in political manipulation than actually addressing this problem,” Anderson said.

An opposition motion introduced by Genuis to reinstate this office in the spring of 2016 was defeated.

Another motion defeated by the Liberal government was introduced in June 2016 by then-opposition leader Rona Ambrose to recognize the genocide of Christians and Yazidis. However, four months later, the assault against Yazidis was recognized as genocide in a unanimously passed motion put forward by Conservative MP Michelle Rempel.

The failure to address the specific issue of Christian persecution is based on a false perception of Christianity and of history, said Genuis. “Christianity is associated with post-colonial guilt, but in fact Middle Eastern countries, Christians were the victims, not perpetrators of colonialism.”

A similar thought was echoed by the UK Foreign Secretary who, in his response to the Mountstephen report pointed out that Christianity has been practised for millennia in some countries that “we (Western powers) marched into as colonizers.”

It’s important to note that two Liberal MPs, members of the Commons sub-committee for international human rights, were approached for interviews on this aspect of Canada’s current foreign policy. Neither has responded.