Ears of a certain vintage had to hear echoes of Elijah in Jody Wilson-Raybould’s emphatic “no” this week.

The reverberation’s source was the late Indigenous politician Elijah Harper rather than the Biblical prophet Elijah. The latter, of course, overcame the Canaanite god Baal and brought down fire from the sky. The former brought down the Meech Lake Accord in 1990 by raising an eagle feather in the Manitoba legislature to vote “no” as the clock expired on the national deadline for passage of the constitutional pact.

Old Constitutional Junkies (a Cardus colleague quipped this week the phrase would be a great name for a band) could be forgiven a flashback or two to that fraught June long ago. Heaven itself seemed, at the time, to have stopped its ears against the Mulroney government’s desperate pleas to save the agreement and bring Quebec into the Canadian constitution.

The zaniness of a province claiming it can change a constitution it insists it has never signed has been widely noted. Hey, it’s Canada. We roll that way, right?

On Wednesday, there was an inkling of a forecast, though far from any attempt at prophecy, that the country could be headed back to that future. Wilson-Raybould raised the lone “nay” in a House of Commons vote. By doing so, she scuttled a Bloc Quebecois motion affirming Quebec’s unilateral power to change the constitution. (The zaniness of a province claiming it can change a constitution it insists it has never signed has been widely noted. Hey, it’s Canada. We roll that way, right?)

True, her vote was cast against an opposition party play that was devoid of legally binding import. In effect, she said “no” to a feint. But in the context of our generational cycle of constitutional crisis and stasis and crisis again, what potentially lies ahead is not for the faint of heart.

The seriousness of the prospect was evident in Wilson-Raybould’s Twitter explanation for her turning thumbs down on the BQ motion.

Then she situated her vote firmly in her identity as an Indigenous leader who also happens to have been Canada’s first Indigenous AG and minister of justice, albeit one kicked out of the Liberal Party for her implacable commitment to judicial independence in 2019’s SNC Lavalin scandal.

“As a proud FNs (First Nations) woman, I’m always ready to discuss Nationhood and language,” the Independent MP for Vancouver Granville added in her tweet. 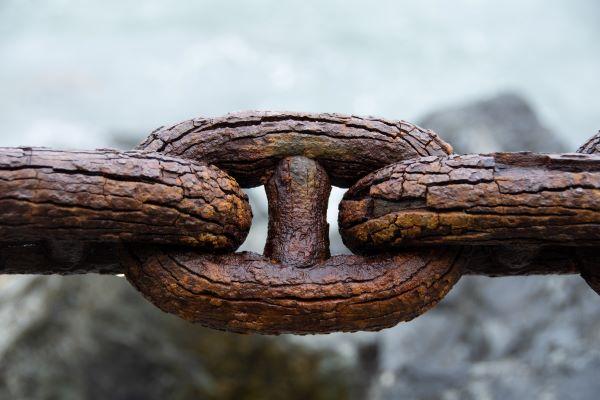 The emphasis on First Nations lineage and gender are both obviously important. What might be missed is the way the word “discuss” has a kind of rolling thunder reverberation back to the fury of Indigenous leaders being left out of the Meech Lake constitutional discussions and forward to Tuesday’s passage in the Commons of so-called Bill C-15.

Bill C-15 has the formal title of “An Act respecting the United Nations Declaration on the Rights of the Indigenous Peoples.” While it must still pass the Senate, once given Royal Assent it incorporates the entire 46 articles of what is referred to as UNDRIP into Canadian law. People who tend toward the enjoyment of setting their own hair on fire have raised an outcry that this will unconscionably bring One World Government into Canada’s Parliament to dictate our legislative agenda.

As Wilson-Raybould made clear in a Queen’s University speech last week, and as expert panelists on a webinar hosted by our counterparts at the Macdonald Laurier Institute affirmed this week, it does nothing of the sort. Indeed, the general concern seems to be C-15 could turn out to more as misdirection, a patronizing political head patting to avoid the really tough discussions (and actions) essential for authentic Indigenous-non-Indigenous reconciliation.

The test will come during the next two years when the government of the day delivers a mandatory “action plan” for putting the words of the Bill into real-world effect.

That said, incorporation of the United Nations Declaration on the Rights of Indigenous Peoples, combined with the specifics provision of Bill C-15 itself, opens the door to a very different Canada than even the Meech Lake Accord envisioned, or that the crisis-stasis-crisis dynamic of the past 30 years has afforded. At the risk of being reductive through brevity, it requires the federal government to discuss, negotiate and seek permission where Indigenous peoples are affected by a vast array of concerns.

There is already, of course, the legal obligation to consult on meta matters such as, just to take one example, economic and resource development affecting First Nations. But consider the implications of UNDRIP’s Article 11 that entrenches, via Bill C-15, the right to “protect and develop the past, present and future manifestations of their cultures such as…designs, ceremonies, technologies, visual and performing arts and literature.”

Feasibly, this could transform what is now a moral and artistic debate over cultural appropriation into a matter for the State to arbitrate and control through legislation. It could – could ­– prompt redrawing of the whole concept of copyright whereby certain literary themes cease to be freely employable by individual creators and become subject to collective ownership approval by Indigenous communities.

Whether that’s a good thing or a bad thing begs the question. The thing is it’s a thing – or soon will when Bill C-15 is the law upon us. My own feeling is it’s exactly the kind of thing that non-Indigenous Canadians have spent the last 30 years hiding under the covers to avoid facing. That’s the thing with zaniness. You can only roll with it for so long before reality catches up. The real question then is: How are we going to face it?

The prevailing Canadian reality, which we so often point to as a point of pride, is our illusion that there can be eternally peaceful differing realities across our dreamy land. The truth is that there can be…until there can’t. Crisis-stasis-crisis usually sets up an unavoidable head-on collision.

That’s the thing with zaniness. You can only roll with it for so long before reality catches up. The real question then is: How are we going to face it?

Old Constitutional Junkies remember the country-wide ear-splitting crash of the Meech Lake Accord when the Heaven help us pleas of the Mulroney government ran smack dab into Elijah’s feather. Wilson-Raybould’s lone “no” this week foreshadows (emphasis on the shadow that might never see the light of day) a potential similar collision ahead.

If such occurs, it will be driven to a large degree by supercharged Indigenous leaders such as Wilson-Raybould empowered by legislative and judicial authority meeting the irresistible implacability of Quebec’s insistence it constitutes a nation possessing what amounts to indigeneity of its own.

That’s not meant in any way as fear-mongering. Minds of a certain vintage have always known we were going to have to face up sooner or later. We opted for later, which is fine as a choice until sooner shows up, echoing the past while demanding a very different future.

Photo by bantersnaps at Unsplash.com