Danielle Smith: One of the reasons that independent schooling has a hard time growing is because they can’t get the capital to be able to grow. There’s a charter school called Foundations for the Future. They have four campuses. They have I think a fifteen-thousand-kid waiting list, and they’re in leaky old buildings that none of the school boards want. The procurement process to try to get the new school to grow doesn’t even exist.

And so we’ve created this system, maybe because of the constitutional requirement, where if you’re a public school you in the queue and you can get your capital needs met. If you’re in a private school or in a Catholic school system, you can too. If you’re an independent school, forget it. How do you solve that problem? It’s a huge cost to create a school, especially if you’re talking about all the modern amenities for a high school. How do you even do it if you’re not part of the decision-making process?

Deani Van Pelt: So what are the barriers to choice? is what I hear you saying, Danielle. You’re talking about larger barriers, some of them financial. Let’s talk about that for a moment in Canada. We’ve actually come up with a lot of solutions. British Columbia says we’ll fund non-government schools. We’ll have more of a straightforward public school system. It’s not going to be diluted with publicly funded Catholic. It’s straightforward English or French public. If you want anything else, you go to the independent school sector. We’ll fund it at 50 percent, and we’ll fund you. If you want to charge a lot more tuition, well then you’re only going to get 35 percent from us. So that’s an interesting solution. There’s still the barrier of lack of access to capital, lack of access to space in the lower mainland in British Columbia, so that’s a barrier there.

So when we expand public schooling, we’re removing a barrier to choice, but we’re not expanding the non-government sector. Michael Van Pelt wrote a paper recently for Cardus called Better Is Possible arguing that a larger non-government school sector provides all the competitive benefits that the market provides. It provides more autonomy. Schools can charge what they want et cetera, et cetera. So when we have a very robust public school sector with an enormous amount of choice in it, we end up actually diminishing the non-government sector. That’s what’s going on in the United States. As charter schools grow, the independent school sector shrinks.

So what does that do to freedom and innovation in education? We have to be really careful when we talk about expanding the charter sector. As we move across the country we look at Saskatchewan. They fund at 50 percent; Manitoba, 50 percent. Quebec will fund the non-government schools at 60 percent. Does that help with capital? No, they’re just funding the operational expense. Ontario funds at zero, so that’s the largest barrier. But what Ontario does really well for the non-government sector and has done for decades (and our last Liberal government did not touch this) is that it has very minimal regulation for the non-government school sector. As a result, we have enormous diversity across the non-government school sector in terms of independent schools. About half of them are religious; the other half, a wide variety of pedagogical and philosophical orientations. So with very small amount of regulation, there’s enormous diversity in Ontario. 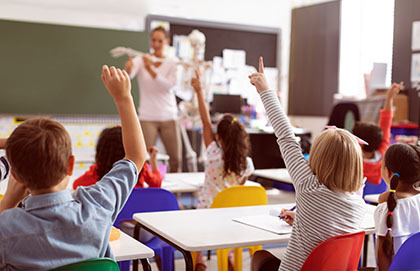 Danielle Smith: Okay, so if I was going to be charitable to bureaucrats I would say, “It’s just busing and capital requirements that are causing them to restrict the growth in the independent school movement.” Because as central planners, they like to centrally plan. It’s just easier if you have one school system. But I think it’s ideological, and I think in the legislation you were talking about in Alberta with charter schools, you can’t be religious. And you can’t be offering a type of program that the bureaucrats determine is already being offered in the public system. Now, I think that that’s capitulation right off the top, and I’m wondering if you have some thoughts. I’ll ask both of you: Do you have some thoughts about why a conservative government coming in with this new reform legislation would have made those two significant restrictions right off the bat?

Ray Pennings: Well I think there are many in the country, in the mainstream, both the left and the right of the political spectrum, who say we live in a country with diversity but we need some institution to be the institution that brings us together, that teaches civic values and everything else, and that institution is the public school system.

That line of thought has been accepted across the board, so there is a sense now in which the competition is over who gets to control the levers as to whether that’s going to be a more conservative-oriented indoctrination course or a more left-wing one. But we have accepted the fact de facto without articulating it that that’s the institution in which Canadian values are going to be taught. Consequently, even the concept of independent education challenges that whole framework.

The default reaction the minute you talk about independent education even among conservatives is, “Well, we have to make sure the extremes are taken care of,” and right away they move to the worst possible cases. And those are legitimate concerns. Obviously there are issues that have to be dealt with. The irony is these issues happen in public school systems too. It’s interesting, if we want to talk about radicalization, you know the Toronto 18?

Ray Pennings: That happened within a public school. It wasn’t an Islamic school. So there are definitely challenging issues that we have to face no matter where we fit on the political spectrum. But I think there is a default presumption about the role of the public, government-run school system in that. Now let’s not be misinterpreted. We need a strong, robust public school system, and my argument is that conservative principles would see us achieve that by actually allowing some market forces of choices and innovation of the sort of diversity that Deani is talking about here in the province of Ontario.

Let’s look at outcomes. Let’s look at what works. Let’s allow a healthy and robust conversation. Rather than thinking of the ministry of education as the ministry for public education, government education, and everything else is miscellaneous and on the fringe, let’s think about education for the common good regardless of how it’s delivered. Let’s learn with and from each other, and let’s grow the whole system and let a rising tide lift all boats.

Deani Van Pelt: I think that that’s one of the more profound contributions that Cardus has brought to this conversation about education reform. Putting the eye on the common good, the public. All education contributes to the public. In fact, we should be thinking about all education as public education. Then we have government schools and non-government schools. We have homeschooling as another form of non-government education. So I think we have to shift this dominant love that we have for our public schools, or change the language we use.
It’s excellent. It’s good education. Good education for the public good across all delivery mechanisms, and until we get a sense that good education can be developed and delivered, designed regardless of whether it’s government delivering it or not, I think that’s going to be one of the barriers to education reform, certainly in this province.

Why the Public School Monopoly?

The argument that Canadians must oppose public funding for non-government schools is nonsensical, writes Ray Pennings.

Denying the Reality of Independent Schools