Were it not on the school’s official website (which appeared earlier this week but has since been removed, no doubt chased away by howls of laughter), you might have thought a recent news release from Texas Woman’s University was a parody from The Onion. In the release that cribs a Seinfeld line about a “Festivus for the Rest of Us,” multicultural women’s and gender studies professor Mark Kessler offers tips to plan what he calls “an all-inclusive, multicultural holiday party at the office.”

Noting that “not all faith traditions have holidays in December, and not everyone identifies with a particular faith tradition,” Kessler suggests employers avoid even putting on “holiday” parties. Holiday, you see, implies a religious tradition – something that won’t do in our enlightened times. In fact, best to skip even the now secularized images of Santa Claus, reindeer, or even evergreen trees, he says. And in case you were wondering, Christmas tree-shaped cookies with red and green icing are a no-no too. There’s no mention of candy canes in the news release, but you can probably guess where Kessler would tell you to put those too.

Employers would do better, in Kessler’s view, to offer their employees a generic winter-themed party. Educational institutions could simply go with “end-of-semester” celebrations, while business-oriented workplaces could tap into the always-festive culture of accounting with “end of (fiscal) year” parties. Nothing says celebration quite like a balance sheet does. And if none of those works for you, Kessler suggests turning your work party into a learning experience where everyone, including atheists and agnostics, can discuss what their “holidays or perspectives … mean to them.” What fun.

You may find the professor’s ideas comical or outrageous – or both. It’s certainly easy to dismiss the ideas as a Grinch-like attempt to steal Christmas. But they rest on serious assumptions that have become embedded North American culture and are not as easily dismissed.  The wisdom of the age is that inclusiveness implies neutrality on questions of culture and meaning. As a consequence, public expressions, be they advertising, political communications, even office announcements, are likely to be scrubbed of anything that might make someone feel excluded. It matters not whether someone actually feels excluded. What matters is that they might feel that way. Best not to take our chances. 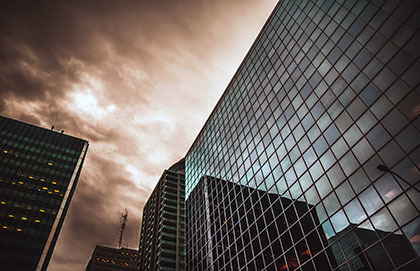 A Dangerous Space for Faith
Acquiring a Faith Literacy
A Song of Ascents: A Report from the Faith in Canada 150 Millennial Summit

However, there is another way to think about these issues. Inclusiveness is a good thing, most would agree. But does it truly imply neutrality on questions of culture and meaning? Cardus has taken the view that inclusiveness does no such thing. In fact, it is possible to be inclusive while recognizing, acknowledging, and even debating difference and disagreement. The premise of Faith in Canada 150 – a Cardus effort to raise the profile of religious faith in the celebration of the 150th anniversary of Confederation – is that we can “live together in difference.”

Faith in Canada 150 was started by a Christian think tank, but it includes participants from a wide variety of religious backgrounds, including Baha’i’, Hindu, Jewish, Muslim, and Sikh individuals, among others. There is no question that all these participants have worldviews that clash from time to time. But the path to inclusion doesn’t require Cardus to ignore those disagreements or pretend they don’t exist.

“We can respectfully disagree with the content of other faiths,” says Faith in Canada 150 on its website. “We can offer charitable critique if the conduct of other faithful people is at odds with Canadian tradition. But we must always vigorously protect the shared space in which all acts of faith occur, even those acts of faith required to disavow belief in the transcendent.”

The wisdom of the age is that inclusiveness implies neutrality on questions of culture and meaning.

Perhaps the holidays will give staff and faculty at Texas Woman’s University the time to relax and reflect some more on what inclusiveness really means. And maybe they can have a Christmas tree-shaped cookie with their eggnog, too.

Daniel Proussalidis is Director of Communications for Cardus.