A Wendell Berry poem has helped gather the motes of memory from my recent inaugural trip to Ukraine. The verses in the collection, A Timbered Choir, are:

Enclosing the field within bounds
Sets it apart from the boundless
Of which it was, and is, a part,
and places it within care.
The bounds of the field bind
the mind to it. A bride
adorned, the field now wears
the green veil of a season’s
abounding. Open the gate!
Open it wide, that time
and hunger may come in.

Perhaps thinking of the Church as a “bride adorned” in the substitute of a farm field rather than a body helps me cope. A desiccated patch of earth is less vile than disfigured flesh. Like many, I have been grieved by the collective sins that have come to light in recent weeks, and the many that continue to be revealed. But this story is not about mourning and transgression. Rather, it is a small glimpse of fidelity, “the green veil of a season’s abounding,” from a part of the Church—Ukrainian Greek Catholic—of which Roman Catholics are often unaware.

The few days I spent in Galicia, in the city of Lviv and the town of Univ, have been like a salve as I witnessed my future brother-in-law assent to a deeper commitment with God by taking holy orders. There might be fewer unlikely candidates to be present at a diaconal ordination in Ukraine than me.

Indian by birth, I was raised in the Anglican tradition there and in Brunei before moving to Canada in young adulthood, eventually becoming Catholic through the provisions of Anglicanorum Coetibus at a small, vibrant Ordinariate parish in Ottawa. I met and got engaged to a Ukrainian Catholic girl, Ivanka, the youngest of three. We occupy a special niche in our two faith communities. Her eldest sibling and my namesake, Daniel, already an accomplished scholar and theologian, is an exemplar of the encouragement given by Pope Paul VI in Orientalium Ecclesiarum for Catholics of the Eastern Rite to “take steps to return to their ancestral traditions.”

Yet, from brief conversations, I inferred there was great trepidation during Daniel’s lengthy discernment process. The day of ordination was the Feast of the Dormition, held in late August according to the Julian calendar. It would be celebrated by the Patriarch, with thousands of pilgrims anticipated.

We arrived the evening before the big day and barely had a night’s sleep before we were in a small van heading from Lviv to Univ Lavra, a historically significant monastery about an hour away. During the weeks before the trip, I was uneasy imagining my dark complexion standing out and causing a distraction among the paler pilgrims. I was heartened to discover that two of our fellow passengers were Jewish. They were there as personal friends and activists seeking local Christian cooperation to properly commemorate the Jewish past of different sites. I had the strange but delightful sensation of solidarity at the sight of a yarmulke worn by one of them. 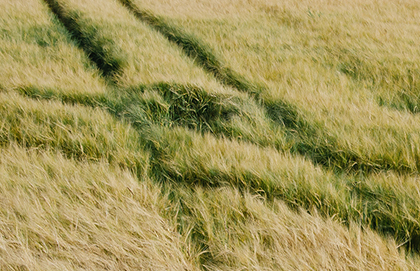 That the grandson of those who fled would return two generations later, and have such a memorable event transpire on the very ground where all was once bleak, was a wonder to witness, especially as an outsider.

“I’m not the only one who’ll stand out,” I said, suddenly brightening.

As it happens, Univ Lavra—our destination—was where some Jewish boys had been sheltered by Studite monks during the Nazi occupation. Several survived, including a future Polish cabinet member and a Chief Rabbi of the Israeli Air Force. Having recently watched Louis Malle’s haunting film Au Revoir, Les Enfants, the image of fearful, innocent young boys, enclosed with little hope for reprieve was in my mind as I imagined the younger versions of my Jewish co-passengers in similar straits.

We arrived just ahead of the sizeable crowd. As the ceremony continued, I glimpsed rows of priests under a canopy, hearing confessions non-stop. The richness of Byzantine worship, and the tactility of the faith of the people present, was overpowering.

There is a family-favorite video clip of the young Daniel from the late 1980s—shot when people still seemed either indifferent or embarrassed by the scrutiny of a video camera but rarely, commonplace today, seeking it out—playing “church” with his cousin, with vestments and other liturgical accoutrements. Being the sons of priests (some Eastern Catholics maintain the tradition of married priests), it was striking how action preceded thought and directed it.

This point about piety (action) leading to an articulated faith (thought) came up when we shared a meal. When the comment on the explicit faith of the pilgrims was raised, a family friend who is a bishop mentioned that it was far more recently in the long course of human history that we began to live inside our own heads.

Yet, the need for the concrete still prevails over abstractions, and juts out when you least expect. I felt this as I joined the line to receive communion, crossing my arms in the Byzantine manner. Instantly, I felt the curious, searching gazes on my unfamiliar features soften: I was one of them. I felt myself warming in return, responding to something deeper than logic.

The next day, Daniel served his first Divine Liturgy as a deacon at St. George Cathedral in Lviv. There, in 1946, Soviet authorities orchestrated the liquidation of the 350-year-old Union of Brest that had linked these communities with the See of Rome. This forced-dissolution pushed the Ukrainian Greek Catholic Church underground and constituted, according to scholar Robert F. Taft, “one of the bitterest and most violent persecutions in Christian history.”

That the grandson of those who fled would return two generations later, and have such a memorable event transpire on the very ground where all was once bleak, was a wonder to witness, especially as an outsider.

On the third and final day, we received an invitation from a local artist, Vasil, to tour St. Peter and Paul Garrison Church.  The building dates from the early 17th century, and Vasil was involved in its various restoration projects. The church suffered damage during the two world wars, subsequent closure, neglect, and then was temporarily consigned to being a book depository during the Soviet era. It was moving to see young artisans such as Vasil undertake the painstaking work of reinstating this sacred space.

During my periodic moments of anguish at my own sins and those of the Church, I have often wondered, “Is it only unremitting darkness?” During this brief sojourn, I have found that there is all this, too: Becoming a deacon. Restoring a church. Persevering for long decades with hope. Fidelity, bounty, and grace manifested for my “time and hunger.”

An excerpt from Ryan Topping’s new book, Rebuilding Catholic Culture: How the Catechism Can Shape Our Common Life