For Fawzia Shah, (not her real name), a middle-aged Hazara (Shia Muslim) woman from Central Afghanistan, the words “democracy”, “freedom,” and “women’s rights” mean nothing.

Those were the stirring slogans with which political leaders in Canada, the US, and allied countries rallied the troops for a 20-year war. That war ended last summer when the Taliban—the dreaded fundamentalist group that Prime Minister Trudeau described as a “terrorist entity”—seized control of Kabul.

Thousands of terrified Afghans and foreigners fled the country in the short window of time before the Taliban closed Kabul airport. Life under the new regime— with their radical interpretation of Islamic law, and their egregious human rights violations —became unbearable for most Afghans.

For those like Shah who were left behind, Afghanistan is a far cry from the promised land of liberty, gender equality, and fraternal co-existence for all its diverse religious and ethnic groups.

Shah has no hopes or dreams of freedom from discrimination any time soon. Instead, she falls asleep, starving and exhausted, on the cold, frozen ground of a mosque courtyard in Quetta, Pakistan, unable to think coherently about how she would survive the next step of her journey into the unknown.

Worn out in body and spirit from the ordeal of travelling by road for weeks under cover of darkness, she and her family had finally reached Quetta. Here, they hoped to find at least temporary respite after the Taliban victory intensified their suffering as an oppressed religious and ethnic minority.

On the way, they had dodged armed and dangerous bandits, Taliban check post guards who demanded bribes, and hostile border officials guarding the entrance to Pakistan. In addition to all of these obstacles, they suffered beatings and other kinds of physical and verbal abuse, just because they were recognized as Hazaras.

In the meantime, halfway across the world, in Ottawa, a Canadian Hazara activist, Ali Mirzad is suffering a prolonged nightmare of his own. He is following the journey of Shah’s group, most of whom are his own relatives, and hearing distressing details of the humanitarian crisis unfolding in Afghanistan.

“People are starving, people are dying for lack of food, medicine and medical care, and the world media’s attention has turned away from Afghanistan.” — Rev. Majed El Shafie, President of One Free World International.

Explaining why Quetta is a destination of choice for Hazara refugees, he told Convivium: “There has been a sizeable community of Hazaras in Quetta, ever since they were driven out of Afghanistan by the genocide of the 19th century.”

“Hazaras have been a despised, persecuted minority, and considered infidels even before the recent Taliban victory over the US-led coalition,” he continued, adding that under Taliban rule they are targets for extermination. “But even if they manage to survive the road trip to Pakistan they are in deep trouble. So many flee in sheer desperation without any identification, let alone passports, and are not welcome there. They are considered illegal aliens, and live in terror of being deported to the very place they escaped from.”

Rev. Majed El Shafie is an Egyptian-born Canadian, and the founder and President of a Toronto-based humanitarian organization called One Free World International (OFWI). The organization runs on-the-ground relief and rescue operations in camps on both sides of the Afghanistan-Pakistan border. Thousands of displaced Afghans including Hazaras and Christians live there in sub-human conditions. 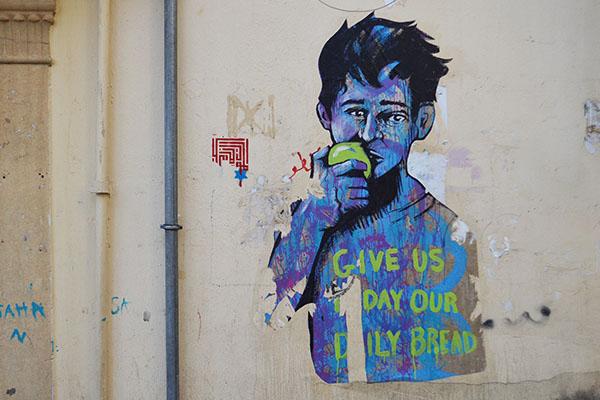 According to the UN, 23 million people in Afghanistan are facing extreme levels of hunger, and nearly nine million are at risk of famine.

El Shafie told Convivium that his own observations on a recent visit to the country confirmed his worst fears.

“People are starving, people are dying for lack of food, medicine and medical care, and the world media’s attention has turned away from Afghanistan,” he said.

“Winter conditions in the camp area have added to the extreme misery of the residents,” El Shafie explained. “Mornings are often wet and rainy and at night the temperature plummets to freezing levels. This is particularly hard on children and the elderly.”

Asked about the current goals of OFWI, he said: “We want to increase the number of families we are helping from 500 to 1,500 and gradually as the funds come in, to 25,000. We just can’t do it alone. We need support, especially financial support from individuals and Canadian businesses, because the Canadian government has failed tremendously. They promised to accept 40,000 Afghan refugees, but so far only about 6,750 have actually made it to Canada.”

Although committed to providing rescue and relief services to all Afghans in need, El Shafie is particularly concerned about the plight of religious and ethnic minorities.

“The Canadian government has said it would take two years to process all the refugee applications... This is not acceptable. People need to be resettled immediately.” — Canadian Hazara activist, Ali Mirzad.

A report launched on January 20 by Open Doors—a non-denominational mission that supports persecuted Christians around the world — named Afghanistan as the most dangerous country on the planet for Christians. It confirmed that Christians are terrorized, not only by the Taliban, but also by other Afghans, often including their own families, who view conversion from Islam with extreme hostility.

El Shafie is sharply critical of the Canadian government’s and the international community’s silence on the plight of Afghan Christians. “This is nothing but political correctness, because conversion from Islam to Christianity is taboo in Afghanistan, and they don’t want to offend the majority by seemingly approving of such conversions,” he said.

“Having said that, I would like to add that I have nothing but gratitude for the sacrifices that Canadian people, and particularly our soldiers made for Afghanistan during the years when we were there,” he continued. “We poured a lot of blood, money, and resources into the military intervention, but the big mistake that we and our allies made was that we supported corrupt Afghan governments, and that drove many Afghans to the arms of the Taliban, and ensured their victory over the US and its allies.”

He added that the Taliban government is now “flirting” with the world, putting on a show of respecting human rights, because the country’s economy, heavily dependant on foreign aid in the past, has now collapsed.

Mirzad has some specific suggestions for the Canadian government to help restore a measure of calm and stability to the heart of darkness that Afghanistan has become under Taliban rule.

“The Canadian government has said it would take two years to process all the refugee applications, “he said. “This is not acceptable. People need to be resettled immediately.”

He recommends the creation of a specific task force with an adequate budget within IRCC (Immigration, Refugees and Citizenship Canada) to make this happen, as was done during the Syrian refugee crisis of 2015.

“Canada should also work with the UN and other partners to ensure that Pakistan— where so many Afghan refugees are encamped now—respects the Geneva Convention which protects the basic rights of refugees,” he added.

El Shafie plans to return to Afghanistan soon to oversee operations, because he expects the humanitarian crisis to continue for another eight to ten years, and is appealing to supporters of OFWI for extra funds.

“We cannot abandon the people of Afghanistan now,” he says. We need to be the heart of the solution.”