On the eve of Advent, the Roman Catholic Archdiocese of Montreal released a devastating report on its own horror-show ineptitude regarding a sexually abusive priest named Brian Boucher.

Even in a year free of the disaster of COVID-19 church closures, the findings of Superior Court Justice Pepita Capriolo might buckle the knees of anyone who reads them. Compounded by the chaos of COVID, in a province where contempt for the Church is the cultural default, passages of Justice Capriolo’s report could be seen as the last dance for Catholicism in Quebec.

Except… Christmas is with us. The season of hope re-born for 2000 years is beginning anew. Christians are reminded, yet again, that there is a Saviour, not just a star, that lights the darkness.

The reminder could not have been timelier. The weeks since the Nov. 25 public release of the Capriolo inquiry have been a time of particular darkness for many Montreal Catholics. Perhaps the bleakest part has been that Justice Capriolo does not just condemn. Hers is not a hectoring, finger-pointing purpose. She simply, meticulously, fairly, and dispassionately dissects the hierarchy’s incompetence in failing to stop then Father Boucher from running amok for 30-plus years.

As far back as his seminary days, the 276-page report details, Boucher was recognized as exhibiting serious psychological and behavioural deficiencies. In a depressingly familiar pattern, he was subsequently moved through the stages of priestly ordination, then moved on to numerous parishes and ministries each time his conduct became too flagrant to ignore.

Thanks largely to irrepressible alarums raised in 2016 by the young and relatively recently appointed Auxiliary Bishop of Montreal, Thomas Dowd, the Archdiocese at long last acted. In 2019, the disgraced former priest was sentenced to eight years in prison for sex crimes involving two boys.

One of the victims was identified primarily through documents kept on file for two decades by Dan Cere, a McGill professor of religious studies. Cere was ignored in 2000 when he tried to draw official attention to Boucher’s behaviour at the campus Newman Centre for Catholic students.

“It was Hell on earth for me,” Cere told me in an interview, recounting his efforts as then director of Newman to have the train wreck cleric removed.

“Perhaps the bleakest part has been that Justice Capriolo does not just condemn. She dispassionately dissects the hierarchy’s incompetence in failing to stop then Father Boucher from running amok for 30-plus years.”

“One of the things (Justice Capriolo) points out in what she saw looking at the Church in Montreal was not its organization but its messiness—conflicting lines of authority, lack of clear lines of responsibility. She searched for an organizational chart and couldn’t find one. So much depended on the response of individuals.” 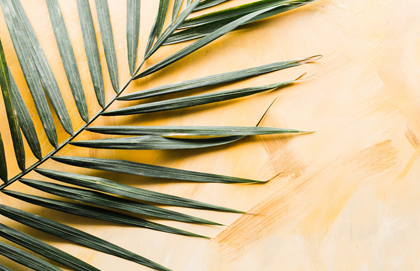 Reactions of individual Catholics to the report vary, of course. But one young woman I interviewed, a devout Christian active in two different parishes, was unequivocal that the account of clerical failure has badly shaken her faith in the Catholic Church, though not her faith itself.

“The biggest damage is to my ability to evangelize,” said the young woman, who asked to be identified as Trista Hope because she fears recrimination for speaking out.

“I do question whether the Holy Spirit is really leading the Catholic Church now. I don’t question what Christ did on the Cross for me. I still believe the body of (Catholic) teaching. But how can I lead people to it as a place to encounter Christ?”

Hope understands and accepts human frailty in the failings of clergy named in the Capriolo report. But for her, what transpired wasn’t mere human failure. It was denial of the name of Jesus.

“If you know yourself as truly a daughter or son of Christ, how can you be faced with someone like Brian Boucher and say: ‘My hands are tied?’” Hope demands. “No. By virtue of the fact of Jesus, your hands are not tied.”

Yet it’s here that the story turns from the particular pain of the faithful in Montreal to the universal joy and hope of Christmas Eve and the Christmas season. Dan Cere already describes it in the language of Easter resurrection.

“Hope is incarnate in a Saviour born in a Bethlehem stable to a Blessed Virgin mother who said to her angelic visitor: ‘I am the Lord’s servant. May it happen to me as you have said.’”

For Christian believers, Cere points out, crucifixions are “where good work gets done, right?”

The good work in the Good News of the Gospel, after all, is the continuum of seasons from Advent to Christmas to Easter that are imbued with Christ’s everlasting promise of hope. I heard Deacon Marco Argentino, of Montreal’s St. Ignatius Parish, put it with special beauty during his homily on the final Sunday of Advent. Christian hope, Deacon Argentino said, “is not wishful thinking, not desire and dreams for a white Christmas, for (COVID) vaccines, for us to get back to the way things were.”

Rather, hope is incarnate in a Saviour born in a Bethlehem stable to a Blessed Virgin mother who said to her angelic visitor: “I am the Lord’s servant. May it happen to me as you have said.”

Or as Deacon Argentino put it: “Hope is faith in the future tense.”

It is an immediate future that calls all of us, in Trista Hope’s words, “to preach the truth in and out of season.”

On the Eve of Christmas 2020, in this year filled with turmoil and tragedy and darkness and despair, the call still sounds. The hope prevails. For Christians of all faith traditions, the enduring promise of truth, hope, and faith in what is to come is the real joy of this season and the seasons yet to be lived.

It is the time to wish our friends of Cardus, and readers of Convivium, God’s blessing upon all.