Being stuck in traffic pinpointed for me what is wrong with Quebec's attempt to legislate a so-called Charter of Values.

Even as enormous political thought, energy, and activity were being put into overseeing the kind of hats Quebecers are allowed to wear in various circumstances, I could see nothing but the sea of bumpers of the cars of my fellow citizens: none of us able to move more than an inch or two per hour.

Our political masters are intent on controlling our values. Yet they do not value our time enough to engineer and build roads that allow us to move with reasonable efficiency.

In this case, time was the rub. I had just returned to Montreal from Ottawa, a 200 km trip that took me approximately 90 minutes (note to Highway 417 traffic cops: please temporarily forget how to do arithmetic.) Once in Montreal, it took me more than 60 minutes to travel from Cavendish Boulevard to the Decarie service road, a distance of barely two kilometres.

Yes, it's true, one expects to make better time on the open road than on urban expressways. But it's also true in Montreal that when traffic is flowing, standard operating procedure requires speed of, oh, about 100something. So, it's not that drivers don't drive fast here. It's that we can't for far too much of the time. In fact, far too much of the time, driving is really only a kind of grinding roll.

Part of the blame, of course, is the Third World condition of the roads. But the vast majority of the blame has to be assigned to third-grade civil engineering left over from an era when the people who designed our highways, byways, and bridges had just returned from breaking trail in the snowy wastes of the middle of nowhere and so were conditioned to think travel meant bogging down, getting stuck, and vainly casting prayers to Heaven for help. 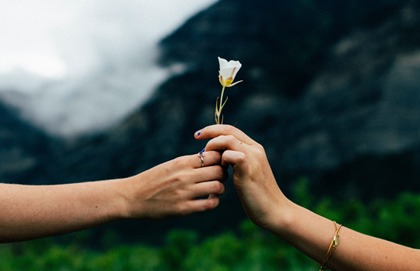 Left over, of course, is the operative word. Visitors here invariably wondered what ancient race of men built the means by which modern Montrealers move about; in what misty moment of antiquity such crumbling monuments to the outmoded were brought into being. As locals, we know most of our so-called infrastructure was inflicted on the city as recently as 50 years ago, meaning it's far too soon to even think about upgrading it to accommodate the tens of thousands of additional cars that use it on a daily basis.

Again, it's granted as part of the argument that virtually all major cities—and even some merely large towns such as Calgary—struggle with severe traffic congestion. Commuters from the Greater Toronto Area would giggle at, and happily exchange, the level of traffic chaos Montrealers experience against the nightmare of driving into downtown TO. The crucial distinction is in the 'why' of that difference.

Drivers in Toronto (or Vancouver or even Calgary town) frequently find it hard to keep going because local and provincial governments find it almost impossible to keep up with the explosive population growth experienced during the past generation. Montrealers, by contrast, find moving about so perilous because they live in a city in decline—literally in the case of our bridges that keep falling down.

There is a direct connection (or at least a makeshift detour, which Montrealers are sans pareille in creating) between this city's decline and the insistence of our political class in obsessing about social abstractions rather than on the concrete needs of citizen life. We have a political culture consumed since the early 1970s with endlessly debating its identity, wrangling over language, wracking itself with existential angst. It has ignored the far less lofty, yet far more essential, issues of safeguarding the means for free people to freely move about and do what it is they want and need to do on a daily basis.

The central reason for this has been paralytic confusion over the proper role of the State. Quebec is now a society in which the State is death-star referential. It not only commands and controls economically, it now decrees—rather than merely reflecting—acceptable values. What should be proper and effective mediating institutions have been weakened to the point of resistance being futile.

Thus, a jumped-up former TV talk show host such as Bernard Drainville sees his power as "minister of democratic institutions" expanded to include governing the size, shape, origin, and spiritual significance of citizens' hats. In the world as most of the rest of the democratic world knows it, an individual's hat is understood as being inherently non-democratic; that is, as belonging to the person and not the populace at large.

If there is an impulse for someone to remove his or her hat in a particular circumstance, it should be a function of public custom, of private manners, of that malleable scale according to which we normally do things here. No one has to tell us, because we already know, that we don't wear hats in church or balaclavas in banks. Meanwhile, workers in hard hats do the State's hard handiwork of maintaining the highways and byways so that all may go about their appointed rounds with a minimum of delay.

But in Quebec, no. The State is too busy regulating headwear to oblige the hard hat workers to do their jobs. The rest of us sit stuck in traffic, seeing only our fellow citizens' bumpers, praying to Heaven for the sea change to come.

The government's Minister of Democratic Institutions (yes, you read that right), Bernard Drainville wants to revoke the understanding between orthodox Jews and the city of Montreal which "allows orthodox Jews who do not drive on holidays, and who often live close to their synagogues, to avoid ticket...

'He Has No Longer the Strength'

Cardus: Do you think that he would have compared what his predecessor, Pope John Paul II, went through with his incredible Polish toughness and refusal to concede for one moment? Would he have seen that as much as we admired John Paul II for his toughness, he did become a visual symbol of a Church t...