Back-to-school means different things for Canada’s five million school-age children. For an increasing share of students in almost every province, it means something other than attending a neighbourhood public school. Homeschooling, while still small in overall uptake—Manitoba has the highest share at 1.5 percent—grew by over 36 percent between 2007 and 2014.

Despite homeschooling’s increasing popularity with parents, widespread misperception about it persists, and continues to be perpetuated.

Typically claims are made that home school students may not be getting the best education, that they do not have a variety of teachers, do not engage with peers, are subject to insufficient curricula, and are ill-prepared for post-secondary education. Some even suggest that home-schooled students cannot reach their full potential, and thus governments should more stringently regulate home-schooling.

Let’s consider the evidence instead. Parents do care about curriculum and they know when it is failing their children. The last national study of 3,800 home-schooled students in Canada by the Canadian Centre for Home Education (CCHE) in 2003 found that about a quarter chose homeschooling because of frustration with the alternatives, and more than half because they believed they could achieve more academically. In other words, they’ve tried the alternatives and, at least for a time, found them wanting. 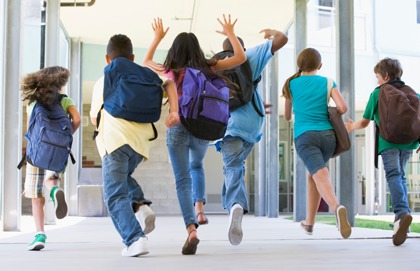 Critics often also forget that many homeschool parents are provincially certified teachers, some even holding full time jobs in public or independent schools while they home school one or more of their own children.  A 2009 CCHE study of Canadian formerly home-schooled adults found that 17 percent of their mothers and 11 percent of their fathers were certified teachers, the majority of whom had previously taught in a public school.

The opportunity for parents to take the full responsibility for directing their children’s education is and always has been legal in every province in Canada. Not only are parents positioned to determine what is best for their kids, they generally want what is best. Indeed, a CCHE 2009 study found that more than 55 percent attended a home school for some of their K-12 education, but spent the rest of their years in a school setting.

But the notion that only a provincial curriculum is sufficient to ensure a quality education is misguided.

An alarming inertia sets in when we accept misperceptions regarding any K-12 education that isn’t government designed, delivered, and stringently regulated. We shield ourselves from creatively thinking about new forms of education, and this is to the future detriment of all of us. Homeschooling has shown us that parents and kids can be far more responsible for decisions about their education than imagined.

Home schooling has shown us the advantages, for example, of flexible schooling. In this approach parents and teachers share responsibility for education.  Several weekdays are spent at a public or independent school or in a home school cooperative run by qualified teachers and other subject-specific experts, and the rest of the week is spent in non-traditional education settings, pursuing other advanced educational goals in areas not best delivered in a school.

Homeschooling, like most other forms of education, can be—although it isn’t always—tremendously successful. A recent study by Cardus (2012) found that the graduates of no other group are more likely to go on and get a PhD or advanced professional degree than those who were in religious homeschool environments.

Let’s remove our blinders about alternative approaches to designing and delivering education such as homeschooling, and instead be thankful for the parents, teachers, and community members that step up to the plate and offer their creativity, expertise, and resources to educate kids to reach their best potential. Perhaps the rest of us could learn something from them about what education in the future could look like.