David Cole makes a convincing case, worth bearing in mind as the presidential race erupts, that American gun violence is at heart a function of democracy at its best. “The NRA may advocate for an individual right, but its influence derives precisely from collective democratic action,” Cole writes in a recent New York Review of Books.

“The NRA has achieved its victories not by threats of insurrection but through the classic methods of democracy: debate, dialogue, lobbying and electioneering. Its source of strength lies not in the weapons its members own or carry, but in the votes they cast and the arguments they make,” he adds.

Cole, a professor of law and public policy at Georgetown University, is certainly no apologist for the weaponized culture in which mass shootings with ever mounting death tolls seem to have become a matter of almost weekly routine. But he takes to task three recent books on America’s love of individual arms, and indeed the larger gun control movement, for failing to grasp that the only inoculation against perpetual bloodshed is effective democratic argument.

As perspicacious as he is in that regard, alas, even he fails to see, or stops short of advancing, the essential argument that rights do not make things right. Cole advocates counter-attacking gun culture, i.e. achieving the democratic defeat of the National Rifle Association, by matching the appeal of its ideas to its politically engaged and intensely committed membership. Such a match can surely be made only by clearing away the deep-seated political, social and moral confusion between the ideas of rights and right. It is a confusion that certainly saturates the gun control debate across North America, not just in the U.S., and befogs us all on other crucial issues such as abortion and euthanasia.

Facts on the ground that Cole himself cites in his NYRB essay show this to be true. He points out that “in Chicago alone, more than 1,650 people have been shot thus far this year, and the year is only half over….” Horrifying as that number is, it is not actually all that surprising. The U.S., after all, is a country with 300 million guns in the hands of its populace – 85 guns for every 100 people, topping second-place Yemen (55 guns per hundred population) in the race for most armed citizenry in the world. 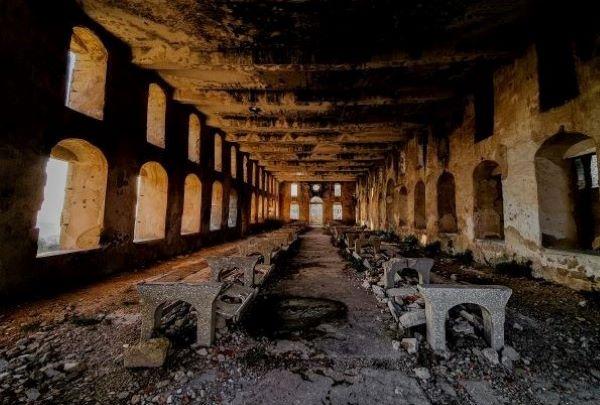 “For black men aged 15 to 34, homicide is the leading cause of death…. Thus it is young black men in the inner-city who bear much of the cost of the right to bear arms.”

In other words, when the abstraction of a political right encounters the hard reality of blood, flesh, bone and death, democratic argument responds powerfully to doing what is right by seeking to rid the body politic of the menacing wrong.

And it is here, in a second catch, that empirical data underscores the inherent need to differentiate rights from right. Black Americans, Cole writes, are much less sympathetic to gun rights than whites: “Only 24 per cent of African-Americans support the right to own a gun, while 57 per cent of whites do.”

In other words, when the abstraction of a political right encounters the hard reality of blood, flesh, bone and death, democratic argument responds powerfully to doing what is right by seeking to rid the body politic of the menacing wrong. What obstructs that ridding is overreliance on the police, the politicians, the courts, and the State to do something. What defeats it entirely is abject loss of the vital belief that overcoming wrong trumps rights. It is feckless in the extreme to expect the State or its agents to effect that overcoming. It must come from a far deeper democratic place than the mere machinery of electoral politics, and that is the hearts of individual citizens coming together in cultural response. In the case at hand, it must come not from matching the tactics of the NRA but from ordinary Americans saying with the full force of social opprobrium: “Whatever constitutional rights to gun ownership may exist, it is simply wrong for any but a rarefied few of us to carry guns outside the most specific of circumstances.”

Some might see that as optimistic gusting to naïve. But Cole notes the research done by Pamela Haag for her book The Gunning of America, which proves beyond argument that gun manufacturers manufactured gun culture to create a “less cyclical demand” for their products through re-fashioning guns into luxury goods.

“The gun ‘became a thing that served psychological needs more than the pragmatic ones or war, ranching, the conquest of Native Americans or the rural economy…. What was once needed now had to be loved.’”

But how is it possible for a people to continue to love what causes 1,650 of them to be shot in the country’s second largest city in a six-month time frame? Surely even manipulated love has its limits.

Despite David Cole’s compelling case for the democratic imperative to put to work against gun culture, such a limit can ultimately be enforced only when citizens speak not to legislators or the courts, but to each other. It begins, even in the whirlwind of a presidential election campaign, with them recovering the voice that calls wrong by its right name.