Facts, Flannery O’Connor said, do not change based on our ability to stomach them.

It’s a reminder that should be immediately revived in the minds of every Canadian who cares about the political sanity of our country. Disregarding established facts when seeking common civil ground is like disregarding our feet when we are running over rocky terrain.

We will stumble. We will fall. And the ensuing collapse might be far more calamitous than we can imagine.

A particularly ominous portent occurred last week in and around the House of Commons when the always incendiary topic of abortion happened to arise. Some honorable members asserted, yet again, the “right” of Canadian women to obtain abortions. Conservative MP Ted Falk reminded them, with impromptu insistence, that: “It is not a right.”

Troublingly, it was Falk who was subsequently denounced for having said something terrible, offensive, ogrish, beyond the pale. He was denounced by opportunistic opposing MPs. Worse, he was scorned by members of his own party, up to and including leader Andrew Scheer, who let it be known he had taken Falk aside for a school boy talking-to, we can surmise offering the miscreant a bar of soap for ritual political mouth-washing.

All this fulmination simply for stating a fact that does not change based on our ability to stomach it. More, much more, for freely stating that indisputable fact in Canada’s Parliament.

Let me say quickly my purpose here is not to delve into the abortion debate itself. Professor Douglas Farrow handled that task admirably on Convivium.ca yesterday. I won’t repeat or compete. My concern is for the impending impossibility of civil conversation, never mind agreement, when self-governing citizens turn the factual into the ephemeral; when we are not only free to choose our facts, but bound to a manner of thinking in which facts and wishes are one and the same. 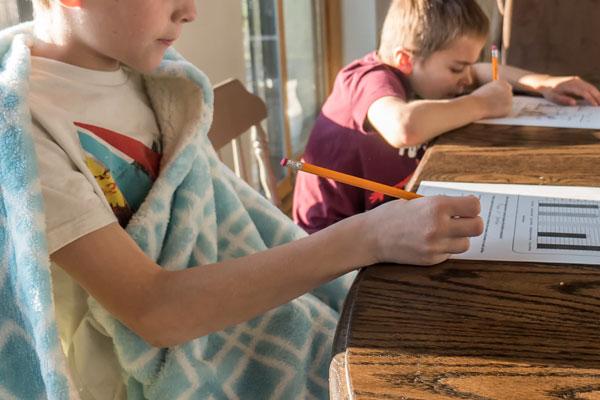 Recalibrating Education
Canada's Political Game a-Changin'
Quebec thumbs its nose at Supreme Court
Disregarding established facts when seeking common civil ground is like disregarding our feet when we are running over rocky terrain.

Of course, I am not talking about contested opinions, even those with a slippery fish gift for passing as facts. Politicians in Parliament, like lawyers in courtrooms, show us how it’s possible to build careers by creating confusion between assertion and truth. Yet what Ted Falk said was not mere conjecture. It was demonstrably true. The proof comes from the history of the very Commons chamber where his shout rang out.

Frequently in the dispute over whether abortion is a “right,” those on the “nay” side turn to the historic 1988 Morgentaler decision to show none of its legal language supports the claim. That’s fine, but there’s a much more active, less abstract, source available.

In 1989, in the immediate aftermath of Morgentaler, the government of the day introduced in the House of Commons legislation re-asserting the federal prerogative to control abortion through the Criminal Code. It was a not a rogue act of legislative defiance. On the contrary, the bill was crafted with quasi-neurotic care for the legal limits delineated by the Supreme Court in Morgentaler. The Mulroney government wanted the matter settled and off the political agenda for good.

For all its faults, Bill C-43 underwent Parliament’s entire arduous review and vetting process in both the Commons and the Senate, ultimately being defeated by a tie vote in the latter on a hot day in July, 1991.

That is not opinion. It’s historical fact. All Canadians, inside or outside Parliament, can refresh themselves on it through the records of the Commons or the Senate or from media accounts of the time.

So, within living memory a Canadian government legislated against abortion. Had the Senate vote tipped by one in favour of the legislation, it would have been the law of land. The very prospect refutes any claimed “right” to abortion. For where, facing such a legislative fact, would the “right” to abortion have been had C-43 passed? In truth, exactly where it is now: non-existent. A federal government, carefully following the contours marked by the Supreme Court of Canada, legislated not to deny a right but because no such right existed.

What never was cannot always have been.

The dusty motes of long-ago abortion debates, then, do more than remind us of the tortured path of that particularly perilous issue. They do more than leave us muttering out of the corners of our mouths that some things never change. They provide us with an ever-painful lesson about what happens when we begin to believe we can simply speak reality into being.

If facts don’t change based on our ability to stomach them, neither can they be allowed to arise, self-created, out of their own nothingness. Even accepting politics as the art of the possible, a civic life that elevates wishful thinking while diminishing those who speak plain fact is one teetering perilously close to hard fall.

The federal decision to unilaterally announce the extension of health care funding through 2018-19 and leave it to the provinces to sort out how to use it is more significant for what it signals about the Harper approach to federalism than what it says about health care ...