This piece was originally published in The Catholic Register.

The phrases “hot ticket” and “religious freedom forum” appear only infrequently in the same sentence, especially on Parliament Hill where the operative word is secularism, secularism and more secularism.

Yet Conservative MP David Anderson expects SRO for this Monday’s seventh annual Parliamentary Forum on Religious Freedom. His expectation is partly based on evidence of the previous six forums.

“Basically as soon as we send the email notice out inviting people to the Forum, we have a full room. Many people have come back time and again, and we always welcome new people of course,” Anderson says.

He acknowledges anticipation of a packed room also arises from the way faith and freedom in Canada seemed to have been torn apart by two major developments this year.  Last January, the federal government announced that personal beliefs about abortion and sexual identity would from part of the eligibility test to receive funds under the Canada Summer Jobs program. In June, the Supreme Court of Canada reversed its own 2001 decision and ruled against Trinity Western University’s covenant requiring staff and students to abide by Biblical sexual teachings.

“We find ourselves with a court case that surprised many people. We find ourselves with a government program that required an attestation of belief. When the government gets involved in using taxpayers’ money to direct their beliefs, people get very concerned. I don’t think people are tying the (Trinity Western) decision and the government activity together directly. But they question how much influence or control is being (exerted) over private institutions and private belief. The nature of anti-democratic governments around the world is the limitation of people’s freedom to believe.”

Anderson began the Forum primarily to focus on the state of faith freedom internationally rather than domestically. MPs such as Liberal Irwin Cotler and Conservatives David Sweet and Scott Reid were doing “very good work” raising issues of human rights at the Commons committee level, but there was nothing on the Hill that focused specifically on religious freedom. 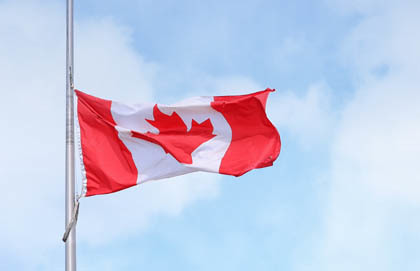 “It was surprising to me because for the last 20 years religion has really driven a lot of international politics and decision-making,” Anderson says.

In recent years, Canadian developments have turned the Forum somewhat away from a purely global faith perspective, and more toward comparisons – increasingly less positive – with Canada’s standing in the world on the issue.

“A number of things over the years have brought attention (to religious freedom) back to Canada and made some of the issues much more important. I think the real pivot point in terms of religious freedom is whether there’s coercion, or whether people have the voluntary choice of what they believe or don’t believe.”

Certainly, he says, the infamous Summer Jobs attestation set off a lot of alarm bells about whether that line was not only being crossed but actively erased. Yet concerns began even earlier with the non-binding Commons motion known as M-103 that, under the rubric of promoting religious tolerance, caused serious public discussion about State compelled belief.

“In the discussion around M-103, which is almost forgotten now, the government talked about what it called a “whole government approach” to these issues. I didn’t know what that actually meant, but if it means what’s being applied right now (e.g., with the Summer Jobs attestation), it does not look like it’s creating freedom, it looks like its restricting freedom.”

That doesn’t bode well for Charter protected rights. Neither does it create optimism for future social cohesion in a country where, as new data from a Cardus-Angus Reid Institute survey showed this month, first-generation immigrants are warier than are longer established Canadians about how well their religious freedoms will be respected in their new home.

In the words of Cardus Executive Vice-President Ray Pennings, who will speak at the Religious Freedom Forum next week: “That’s significant about new immigrants, but it’s also significant for all Canadians, however long they’ve been here, to understand the place of religious faith in public life. When we look at diversity in Canada and new Canadians, we need to understand how for that population, religion and faith play a much more prominent role in their lives than it does to the population at large.”

Pennings believes strongly that Canadians in deeply rooted faith communities must get to work creating opportunities for new arrivals to feel they are not merely welcome but active in fostering the common good of faith in public life.

Perhaps events like the Parliamentary Forum on Religious Freedom could be just the ticket.