The legal assault on the right to speak freely about freedom of speech is about to be contested in Ontario Superior Court.

A side effect might be striking down portions of the province’s draconian Bubble Zone law around abortion clinics.

“This is a case that will go to the heart of Canadian democracy,” says Ottawa lawyer Albertos Polizogopoulos.

Polizogopoulos is representing Father Tony Van Hee, an 83-year-old Roman Catholic Priest who was arrested on Oct. 24, 2018 outside the Morgentaler abortion clinic in downtown Ottawa. The Catholic Civil Rights League is participating in the Charter challenge to Ontario’s Bubble Zone law that came into effect in October 2017.

The Charter challenge filed in Superior Court notes Van Hee has opposed abortion since its 1969 legalization in Canada. He spent 30 years praying on Parliament Hill in peaceful witness against the termination of unborn life.

But the legal action is not about abortion, Polizogopoulos says. It’s about the restriction on free speech that makes it an offense to even protest the Bubble Zone legislation itself, he insists. 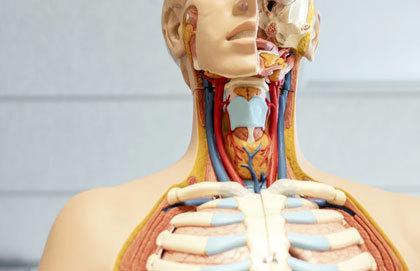 Conscience Rights and Ethical Wrongs
The Public Square Must Be Controlled
Son Set On The Charter?

A court document points out that last October, Van Hee stood inside the bubble zone at the corner of Bank and Sparks streets carrying two signs. One said: “The Primacy of Free Speech Cornerstone of Western Civilization.” The other said: “Without Free Speech, The State Is A Corpse.”

The fact Ottawa police arrested and charged Father Van Hee despite his having avoided those behaviours – including expressing disapproval – shows the law is “overbroad” and therefore clearly violates Charter guarantees of free speech, the Charter challenge says.

“During the three and a half days he protested, Father Van Hee never spoke to or engaged with anyone and never mentioned or referred to abortion services or related issues. He did not provide information related to abortion or perform or attempt to perform an act of disapproval concerning abortion.”

The phrase “act of disapproval” is important because the legislation prohibits such acts along with a lengthy list of other conduct such as physical interference, intimidation, graphically recording or continuously observing staff and patients at abortion clinics.

The fact Ottawa police arrested and charged Father Van Hee despite his having avoided those behaviours – including expressing disapproval – shows the law is “overbroad” and therefore clearly violates Charter guarantees of free speech, the Charter challenge says.

The same restriction applies to the Catholic Civil Rights League, a national organization that “supports the presence of Christian beliefs in the public sphere” and that has been involved in prayer vigils and other activities on the issue of abortion.

“The League, which seeks to support Catholics like Father Van Hee in their ministry, is precluded from exercising its Charter right(s) to freedom of expression, opinion, religion and assembly.”

The Charter challenge argues further that the whole Bubble Zone law is unconstitutional because it encroaches on federal authority over the Criminal Code. Van Hee is scheduled to appear for criminal trial in July 2020. Polizogopoulos said no date has been set for hearing the challenge but it will have to be heard before Van Hee is tried.