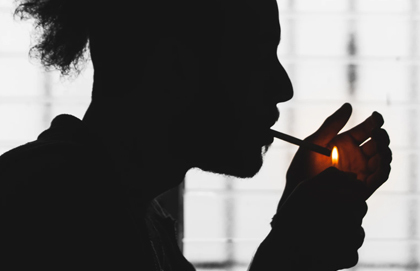 A few months ago, I took a visiting American friend to a smoke shop to buy some cigars for a special occasion.  He could not understand why they were all hidden behind cabinet doors. I tried to explain the Smoke-Free Ontario Act that prohibits the display of tobacco products. Then he was disturbed by the graphic image of a diseased lung on the package of the cigars. I mentioned it was a federal law requiring warning messages on tobacco packaging. Upon leaving, he was confused about such rigid laws and asked, "But aren’t you guys legalizing marijuana?"

His direct question forced me to reflect more deeply on our culture’s approach to addictions. It seems to me we are definitely double-minded, if not somewhat schizophrenic. We have witnessed a decades-long campaign against the evils of nicotine, with government actively discouraging smoking. But now we are legalizing a substance which many medical professionals agree is more damaging and dangerous. (My purpose is not to marshal scientific arguments for or against marijuana use, but to comment on the problem with addictions in general.)

The legalization of marijuana is just one more sign that our society is falling deeper into an addictive mentality. In our more lucid moments, we are well aware that chemical addictions are bad for us, but they lure us with temporary relief from our emotional distress. Addictions are a coping mechanism for easing our emotional pain. It seems to me that our culture may be turning a blind eye to the dark side of addictions, such as the loss of inner freedom and the dampening and deadening of our emotional life, to say nothing of the avoidance of pain that could actually lead someone to come to faith in God.

In our existential drift from God into practical atheism, even we Christians have become alienated from ourselves, and neglected the riches of wisdom in our own Christian tradition. Recovering addicts may have something to teach us.

The various 12 Step Programs can remind the Church of something we have lost. For instance, Step Two states, "we came to believe that a power greater than ourselves could restore us to sanity and wholeness." Two thousand years ago, St. Paul gave glory to God "who by the power at work within us is able to do far more abundantly that all we ask or imagine."

Another maxim of the 12 Steps is "feel it to heal it," meaning we must actually allow ourselves to feel all our "negative" emotions. Jesus himself had already taught us, "Blessed are those who mourn, for they shall be comforted." 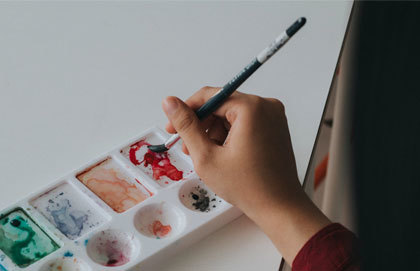 The Steps also encourage addicts to overcome their own "stinking thinking," the lies they have come to believe about themselves, such as "I am bad," or "I am unlovable." St. Paul had already succinctly stated in Romans, "Be transformed by the renewal of your minds." It is all there in Christian Scripture and Tradition. We need only recover what we have forgotten.

The legalization of marijuana is just one more sign that our society is falling deeper into an addictive mentality.

If society continues to be double-minded on addictions, discouraging some (like smoking) while tacitly endorsing others (like marijuana), perhaps the Church can do more to respond to the current crisis. Our increasingly addictive culture presents a challenge and invitation to integrate what I like to call the "upstairs" and "downstairs" of the Church. During the week, church basements (the "downstairs") are often rented out by 12 Step groups, most notably Alcoholics Anonymous (AA). On Sundays, the "upstairs" of the church is filled with believing Christians gathered for liturgical worship.

Unfortunately, all too often, the upstairs and the downstairs do not mix at all.  Perhaps the addicts or alcoholics who gather on Mondays in the basement, despite their reliance on their "higher power," have issues with God or organized religion, so they do not show their faces upstairs on Sunday morning. And what of believers gathered upstairs on Sunday mornings? Do none of them have a need, perhaps, for a Monday night support group? Or are all of them such mature Christians and integrated individuals that none of them struggle with addictions?

I have some experience with 12 Step groups, having attended in the past both Codependents Anonymous (CODA) and Adult Children of Alcoholics (ACOA). I have met a few practicing Christians in these groups, but a lot of skeptics as well. I would hope that more 12 Step members would be open to seeing organized religion as a positive force for good, an assistance in personal renewal, and a means of community support, all of which should flow naturally from the centrality of worship. But I also think that churches could do more to promote 12 Step groups.

Most parishes have a somewhat distant and passive relationship with 12 Step groups: they rent out space in the parish basement or hall. I wonder if parishes could warm up a bit to these groups, acknowledging their value and importance, and also promoting the message in their bulletins. Pastors and people could also engage in more open and honest discussions on addictions, while confessing that we, too, have addicts among us, and "I" could be one of them.

A friend of mine related this anecdote, which he heard many years ago from a wise priest at the St. Luke's Institute in the U.S. In our times, it is perhaps the addict in recovery who has the possibility of becoming a true mystic, having reached rock bottom. Only recovering addicts fully understand that it is God alone who can fill up the hole in their hearts, which they have tried in vain to fill with booze, sex, drugs, overwork, negativity, and so on. They are the ones who realize that God has always been there in the hole in their hearts, waiting for them.

If society continues to be double-minded on addictions, discouraging some (like smoking) while tacitly endorsing others (like marijuana), perhaps the Church can do more to respond to the current crisis.

When my American friend returns for his next visit, I hope he will witness more than the self-contradictions in Canadian culture. I hope he will notice how Christians are listening to what the Spirit is saying to the Church in discerning the signs of the times. Addictions can bring people back to God and closer together in community. Perhaps we are witnessing one small but significant example of the maxim enunciated by St. Paul in Romans: "All things work for good for those who love God."