The New York Times reports – with a straight face – that a senior executive at one of the world’s largest advertising firms is lashing the leadership of Facebook for the social media giant’s money grubbing and moral bankruptcy.

“Now we know Facebook will do whatever it takes to make money,” The Times quotes Rishad Tobaccowala, chief growth officer of Publicis Groupe. “They have absolutely no morals.”

Yes. Uh-huh. Right. Because we all know, of course, that the world-wide advertising industry is universally beloved for collectively spending its Sunday afternoons helping the planet’s last elderly Anglican ladies cut crusts off tiny egg salad sandwiches to serve the homeless for tea.

This is not what was once derided as a dog bites man story. In fact, it fails even as a dog bites dog story. A global soap salesman’s critique of those driving the medium that gave us cat videos with 10 million likes is the kind of thing that is, as the philosophy professor said to the eager graduate student, true but in no way interesting.

What does have interest–and meaning–is what lies beneath. As it happens, that will surface in a substantive way tomorrow when the federal government announces its funding package for Canadian newspapers as part of the annual economic update. Then we will come face to face with just how deeply Facebook has disrupted the social architecture of North American society by transforming a critical institution for holding the State to account into just another line item in the government account books.

Between them, as is well-known, Facebook and Google have diverted industry-killing amounts of advertising dollars away from traditional media sources. Unless we have a vested interest in paying close attention, we might not realize the amounts involved. According to a recent report from Axios media monitoring, “digital ad salesare expected to rise by 15 per cent to pass the $100 billion milestone, meaning that digital will encompass 52 per cent of all ad sales in the U.S.” Non-digital advertising, by contrast, will decline another 4.6 per cent. But here’s the kicker.

“U.S. digital ad sales will be the only type of ad medium to grow significantly this year, and much of that growth can be attributed to the rise in social, video and search advertising bought on Google and Facebook-owned properties, according to the latest global ad forecast by Magna, an agency within Interpublic,”Axios reports.

North of the border the situation is as grim or grimmer, which is why traditional media companies have had their begging bowls out for several years now trying to get the federal government to recognize them as charity cases. They appear two days away from achieving that spectacularly sad triumph. Indeed, the far-sighted folks at La Presse in Montreal saw the writing on the wall last spring when they transformed the media company into a non-profit organization.

To be fair, we weren’t just suckers. We were suckers genuinely wanting to unclog the sclerosis blocking full and effective circulation of the data and the stories that are the lifeblood of democratic life.

You don’t have to buy the guff about reporters being the last stalwart guardians of democracy to recognize a once-great mediating institution being tugged down by the bottom dragging tide of social media. 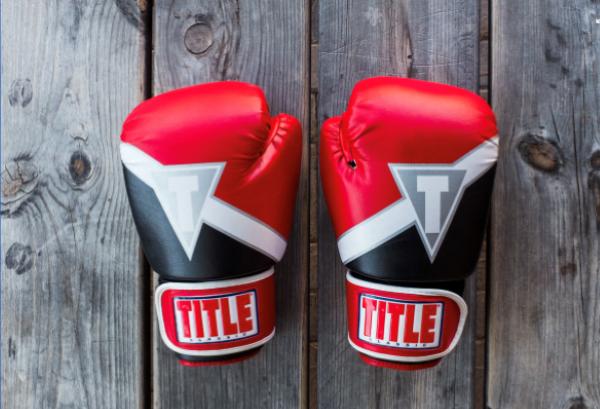 It is true newspapers in particular, thanks to the overweening arrogance that made me often want to stick a hat pin in the swollen egos of certain industry leaders, were vulnerable well before Facebook and Google burst out of the nascent Internet. It’s equally true that the economic shift follows a technological transformation that meant, in the words of the immortal Sam Cooke song, change was gonna come.

But it is the causality of that change, not the blindingly obvious venality and amorality of Facebook’s leadership cadre, that is the deep story here. It can be a salutary story if we understand it as yet another warning against rushing forward to immerse ourselves in the wave of the future without first ensuring we’ve shored up what is behind us. To switch the metaphor, if you want to see how Facebook led us to a world of utterly unreliable information exchange, look in the mirror.

Remember when Facebook, or its offshoots and pre-shoots, were going to define the new reality of communication? Engaging with each other through it would be a difference of kind, not just degree, from the stale, outmoded, repressive old dullness of lame stream media. We would be in control. It would be about us. We would talk over and around the stodgy gatekeepers who stood in the way of free-flowing information.

How’s that working out anyway? I mean, apart from the “complicity in malfeasance against the American electorate, massive engagement in peeping-Tom-creepy violations of personal privacy, and willingness to sell us to anyone and everyone short of Beelzebub himself” part.

To be fair, we weren’t just suckers. We were suckers genuinely wanting to unclog the sclerosis blocking full and effective circulation of the data and the stories that are the lifeblood of democratic life. What we got was hoodwinked, yet again, by the old swindle that technological shift, by its tautological inevitability, is always only neutral or positive. What we got was lured into believing we’d be lifted up, only to be let down and, infinitely worse, to have everything we had before knocked apart.

The brave new information world? Just a money grab. Gatekeepers dethroned for the greater good of all humanity? Just the cash. Oh, and the stock options. Them, too. Meanwhile, the rest of us are left with all our old means of mass communication and democratic information exchange decimated: newspapers shuttered, electronic media pale wraiths, magazines and books veritable museum objects. We sit, that is, with our options severely limited.

The newspaper industry has been open to the point of shamelessness that its only option for survival is State handouts. As I’ve long argued, that is re-defining survival as death since once independent media organizations now dependent on government largesse are, by definition, no longer…what’s the word I’m looking for here…oh, yeah, independent.

Journalistic independence has always been of a qualitative difference from, say, independent education. Even independent schools naturally accept government oversight of curriculum to meet graduation requirements, for example. The very prospect of State representatives poking their noses over the shoulders of reporters and editors, no matter how affably, is anathema to an independent news media.

It’s true, we (probably) won’t return to the time when Fleury Mesplet, 18th century founder of what became Montreal’s The Gazette, was jailed for criticizing the King. Simply requiring government benevolence to report the news doesn’t necessarily make news outlets vassals of the State. (Hey, look at the CBC!) They are, however, irrevocably vestiges of it. (Hey, look at the CBC Part II!)

There is, however, more at stake here than the state and the fate of journalism’s relationship to democratic life. We have become habituated to instantaneous abandonment of established institutions solely for the promise of what is shiny, bright, new and, we are addicted to believing, the inevitable future-now. As a result, we have, in a blindingly short time, blithely dismantled not just newspapers and mass media, but the primary social architecture of North American society.

First went the Church (the durability of faith), then went politics (the legitimacy of hope), then went the courts (the promise of justice) and now goes genuine journalism (the commonality of story). We did it. Not Facebook’s Mark Zuckerberg. Not the Google glimmer twins. Certainly not Steve Jobs (may my brand new glorious 12.9-inch 2018 iPad Pro be upon him).

We did it, at bottom, by jettisoning the part of our conservative past that taught us to conserve until we were absolutely sure of necessary change; to build on rock, not sand; to put our faith in Heaven but insist the future prove itself.

Can we recover? Yes. But the best advertisement of hope would be our willingness to look ourselves straight in the face and admit the truth of our own moral culpability.

All Hail the Twitterati