Should Stockwell Day have lost two plum corporate board posts and been kicked off CBC as a commentator this week for disagreeing with the idea that Canadians are racists? No.

Unlike the disgraced Don Cherry last year, Day did not indulge in a racist rant against “you people,” i.e. new Canadians deemed too slow in adapting to our conventions and customs. He said only that personal experience moved him to assert as “fact” that Canadians are not “largely or mostly racist.”

His ouster by Telus and McMillan’s law firm was typical corporate stop, drop and roll in the face of impending controversy. Flames must be extinguished before they’re fanned. A blanket of unctuous moralizing must then be thrown over everything.

The CBC response, by contrast, was inexplicable. Day was a panelist on the broadcaster’s Power and Politics program precisely to give a countervail to prevailing orthodoxy. He did so in couched language, even if the personal example he used was lame.

So, invited to speak as a contrarian, he spoke in contrary fashion. For doing so, he was shown the door and told he won’t be allowed to speak again. On the grounds of hospitality alone, it’s baffling.

In effect, Day was wronged for being wrong. But make no mistake, he was wrong about Canada and Canadians being racism free with the exception, as he put it, of a handful of white supremacist idiots. What’s surprising is that as a long-time politician and as a former assistant evangelical pastor, he was unable to intuit his error.

Canada is full of racism for the same reason places of worship are filled with sinners. It’s the human beings. It’s what both my own Catholic tradition and the great Jewish novelist Philip Roth would call The Human Stain. 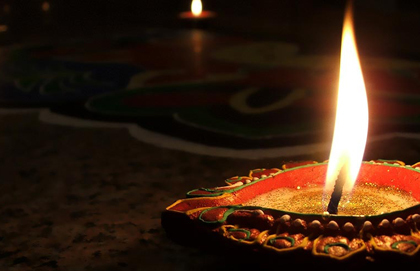 The Greeks taught us the polis is ordered by the natural love of our own. Judeo-Christianity taught us the conception of “our own” must extend to those who appear externally other (see: Samaritan, Good; see also: Levites, Foreigners and Fatherless et al). Liberal democracy, drawing from both sources, has codified those teachings into an inviolable precept that “our own” – however defined – and “other” merit on the basis of shared humanity equal treatment before the law, yes, but also in our actions with each other.

It’s among the noblest of human goals, devoutly to be pursued. But we border on being delusional if we think it has been perfectly attained anywhere. To insist Canada alone somehow exists in a state of purity is flatly, demonstrably wrong. We don’t.

Canada is full of racism for the same reason places of worship are filled with sinners. It’s the human beings. It’s what both my own Catholic tradition and the great Jewish novelist Philip Roth would call The Human Stain.

Proof lies as close to hand as your purse or wallet. Dig out a $10 bill. The image affixed is of Viola Desmond, a Nova Scotia woman fined and jailed for being black and sitting in the whites-only section of a Halifax theatre. In 1946. That would be after the Canadian government doomed more than 200 Jewish refugees to death in the Holocaust by denying them sanctuary in 1939. It would be 15 years before Canada’s “status Indians” gained the right to vote in 1960.

Ancient history? Well, okay, but long ingrained failings of heart and mind don’t simply go “poof” and disappear from the human heart or human habit. Which helps explain why the province where I live, which in living memory allowed deeds to include provisions barring a given property’s sale to Jews, last year passed a law prohibiting certain groups from wearing religious garb or symbols while working as teachers or in other fields of public service.

Granted, many Quebecers support the legislation for reasons other than racial or ethnic animus. Their good intentions notwithstanding, so-called Bill 21 contains an undeniable appeal to what we now group under the generic term racism, though it should probably properly be given the broader label of bigotry or prejudice. By whatever name, it is the persistent failure to accept, never mind love, our neighbours as equal to ourselves in deserving human dignity.

One of the most egregious failures was captured in last year’s revelation, complete with damning photographs, that the Prime Minister himself had, as a younger man, appeared in black face at parties. The images showed the scion of a peak privilege Laurentian elite family, the son of a mythically revered former prime minister to boot, apparently thinking it “fun” to paint himself up as an Amos ‘n’ Andy racial caricature. Or perhaps most pertinently, not thinking about it at all, which is really what is meant by “systemic” racism-bigotry-prejudice filling Canada from sea to sea. Habits of the human, all too human, heart and all that.

In fairness, he apologized. Repeatedly. It would extreme cynicism to insist he did so only because the revelations came during the 2019 election campaign. Assumption of positive intent compels us to accept that he was sincerely remorseful, did a proper examination of conscience, grasped the implications of what he’d done. His partisans are right to say he need not continue flagellating himself for it. But they err in saying, as some do, that we need to “move on” from that moment. No. We need to keep it before us not to denigrate Justin Trudeau, but to remind ourselves what we all, in varying degrees, can be prey to.

To insist Canada alone somehow exists in a state of purity is flatly, demonstrably wrong. We don’t.

Whatever the rights and wrongs of what happened to Stockwell Day, the most unfortunate moment this week was Prime Minister Trudeau’s failure to make use of exactly that personal experience as reminder, as a gesture of leadership, in combating the systemic racism-bigotry-prejudice that assails us. Asked during a press conference about the racial turmoil in American streets, the PM allowed himself a 20-second thought-gathering pause before spilling out, alas, 10-cent platitudes and two-bit general moralizing about racial suffering here at home.

Instead, he should have said in that precise teachable moment, “Look, as you all know, I’ve fallen into the trap of systemic racism. I’m more than sorry for it. I’ve gone through a full examination of my attitudes, my beliefs, my behaviours, however unconscious or unintended, that made those are ‘other’ than me suffer. It was painful. But it was essential to confront systemic bias in myself. So, I’m going to ask all Canadian citizens: ‘How about you?’”

I imagine Stockwell Day would have been among the first to say: “I’m on it.”

More than a story of arrival and survival. It lights the way for the flourishing of enduring faith in Canada.