It’s probably never diplomatic to speak of funerals as good news. Still, a silver lining in last weekend’s return of Debby Reynolds to the dust from which she came is that it should put an end to the necrotic cataloguing of celebrities who kicked it in 2016. Given that we’re already two weeks into 2017, surely she must be the last of last year’s laid low. Mustn’t she?

Saying so conveys neither personal slight against the memory of Ms. Reynolds nor insensitivity to her family, sadly coping with the death of her daughter Carrie Fisher only a day earlier. It only underscores how far we’ve sunk into the practice of macabre public ululating over the great, the good, and even those  relative mediocrities whose names we’re pretty sure we used to think we needed to know.

As with all such queasifying modern habits, I again squarely blame the British Royal Family. To avoid opening up a wholly different catalogue – i.e., the House of Windsor’s manifold sins and wickedness, to use the immortal words of the Anglican Book of Common Prayer – let us summarize it in a name: Diana.

It was with Diana, after all, that the tsunami of post-mortem ersatz public ki-yi-ying began. And, like her, it has not ended well, primarily because it has not ended yet, maudlin pop tune warbling about metaphorical candles in the wind notwithstanding. 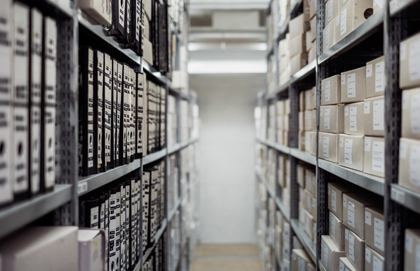 In fairness, although Diana unearthed for the world a whole new form of celebrity shallowness, the vast majority of people at least knew how to spell her name. The same cannot be said of the aforementioned Ms. Reynolds, whose first name I deliberately misspelled in the opening sentence as a rather undiplomatic test of who would know and who would bother to check (as I had to). Again, this is no put down of the late star of the Unsinkable Molly Brown. It is purely a matter of her last being a genuine star at about the time the physical universe was getting over its Big Bang.

But if Reynolds no longer mattered enough to justify the noise that accompanied her departure, our current fetish for the reputational exhumation of the immortally exhausted is indeed a telling sign of the times. Much of it results, I’m convinced, from the atrophying of the great art of obituary writing, which itself is a sorrowful offshoot of the death of newspapers. The best obituary writers understood in their bones that their craft relied on telling stories primarily about people who had passed on only after they had passed at least one of three stages in life: 1) old 2) very old 3) running out the clock.

What the writers had to do very precisely was avoid inviting the reader to pretend to know who the subject of the obituary was. They were obliged instead to present the facts and stories of a life as fresh news recovered from the rime of time. In other words, the journalist had to write history as journalism on the run.

To read a masterful obituary was to gain more than a summary of someone. It was to experience an artfully managed collapsing of the past into the present moment.

To read a masterful obituary was to gain more than a summary of someone. It was to experience an artfully managed collapsing of the past into the present moment. It was a very different effect than the modern mad rush to manipulate everyone into tweeting the tragedy that the world famous singer-dancer-actor, what’s-his-name or thing-a-ma-jig, is among us no more.

Because, as we all know, even death is now always all about us. For most of history, death was about, well, the one who had died. True, survivors were there to grieve. But the marking of the passage, the prayer for the dearly departed, the ritual long goodbye, was for he or she who was actually firmly on the other side of death. Yes, well, that was then. Now is now. And, proving once again that the entirety of humanity prior to the current generation were complete and utter fools, we now know beyond a shadow of a doubt that the death of another is really just another means for us to continue hogging emotional centre stage. Or, as I contended to some friends recently, using social media to “mourn” celebrities you never knew is the equivalent of kissing your own ghost. It’s you, you, impossible you.

Which, in reality, turns the silver lining of Debbie Reynolds’ final send-off into so much dross after all. For while the morbid catalogue may close on her and David Bowie and Leonard Cohen and Alan Thicke (?!) et al, another slew of candidates is surely already being lined up to entertain us to death.

In my household this summer, The Hurricane howls: "Old! Useless! Out!" You will appreciate the many nerve-wracking moments when I wondered how long it would before I, too, was lifted and deposited firmly on the curb ...

The events before us

In fact, we can affirm that reality is positive because (any given event) is not the last word of Christ ...