Viewers of this week’s presidential debate might well have wondered where the voters went.

For 90 minutes, Hillary Clinton and Donald Trump engaged the world from video split screen boxes. They were impeded, it appeared, from seeing each other much less encountering anything resembling an electorate. Indeed, the “studio audience” present as off screen props were sternly admonished to keep their agreement to remain silent.

It was the best visual metaphor I’ve yet encountered for virtually all that bedevils contemporary North American political life. Even those who discern Beelzebub himself in the mug of The Donald might want to consider it as a much deeper source of the anti-democratic evils afflicting us.

As the essayist Gene Seymour points out in a finely written piece for the fall issue of Bookforum, the Trump-Clinton horror show is the predictable effect of a political media culture – or mediatized political culture – that began more than 50 years ago. In the ensuing half-century, Seymour argues, it has become obsessively compulsively disordered about reporting the minutiae of leaders’ lives and images. The offsetting syndrome has been a perverse journalistic amnesia that elections are actually about the electorate, and the electorate comprises millions of individual voters.

“The story of any election, in the end, is a story about voting – and voters,” he writes.

What we get in place of that story is an endless stream of faceless, de-personalized poll results that “allow the media to think they understand voters better than they do.” The resulting combination of hubris and ignorance can actually feed misunderstanding and myth-making – for example the variations on a meme that Trump’s appeal is overwhelmingly to disaffected white, working class voters. 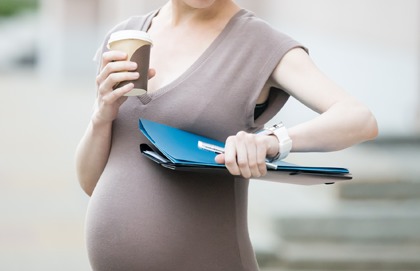 “I haven’t seen any hard data to back this up and neither, apparently, have Gallup pollsters whose data, as cited by the Washington Post, indicates no overwhelming evidence that Trumpeteers are as easily categorized by class as has so far been assumed.”

What we get in place of that story is an endless stream of faceless, de-personalized poll results that “allow the media to think they understand voters better than they do.”

In some ways even worse is the sleight of hand practice of “taking the electorate’s pulse” by sticking a recording device under noses at campaign-orchestrated events and asking for a sound off. Most of those noses, Seymour notes, are present precisely because their owners have already made up their minds and are primed to “repeat the hype and blather” already emanating from the podium.

“In ground-level human terms, voting, and thus voters, are still the Undiscovered Country of political journalism.”

He points out that as far back as 1972, as those habits were becoming hardened, they were responsible for most of the media missing the historical turning point of a “third-rate burglary” at the Watergate Hotel. It’s entirely probable that the 2016 campaign could go down as the point in history when something far more significant was missed. It will be the unasked question of why so many millions of Americans are choosing to express their democratic choices in the language of viscerally toxic outrage. Why, for instance, so much anger in place of determination, a national trait the most successful nation in history has always celebrated in itself?

Seymour cites an unlikely source for the renewed asking of such vital questions: Reverend Jesse Jackson.

Jackson certainly did his bit in the 1980s to make angry voices the surface appearance of a political constituency. But he understood that the hard work of deep political consensus demands beginning at the beginning by asking people what they don’t know rather than asking them to hoot a pre-packaged opinion for a micro-second sound bite. He advocated starting in high schools and colleges seeking the gaps in understanding of what is required for engagement in democratic life. The fruits of his approach, Seymour says, were born out two decades after Jackson’s last unsuccessful run for president, when voters in “both the rural south and the urban North help(ed) create the consensus that would…twice elect the country’s first African American president.”

Jackson did what journalists are supposed to do. He asked. More, he asked the people who truly matter most, not just to the cause of transient victory, but to genuine democratic understanding.

Video split screen boxes will never yield such understanding. They give us only Donald Trump and Hillary Clinton bickering for the cameras, and the silenced voters of a great nation bubbling over with inchoate fury.

Just Bring in the Skin

At the recent Broadbent Institute conference in Ottawa, progressive icon Gloria Steinem dropped a clanger that rates high among the fatuous pensées of this addled decade It’s a conceit so powerful that it can attract even self-styled fiscal conservatives who insist vociferously that there is no poli...

The mania for cranking every political message up to 11 is drowning out our democratic capacity to speak moderately, listen perceptively, and care about what our neighbours are saying, argues Convivium's Peter Stockland.