When I recently mentioned to someone my shock at learning a major Canadian newspaper now runs editorials only three days a week, he looked at me as if I had just recited the Psalm 23 backwards in Elizabethan. "I don't think I've ever read a newspaper editorial in my life," he said. "Why would I ever read one?"

Now, there is a combination of declarative sentence and rhetorical question sufficient to break an old editorial writer's heart. It also goes to the heart of a) what a newspaper is supposed to be and b) whether whatever that is has even a remote chance of surviving.

Ever since they ceased being unabashed, overtly aligned political party propaganda sheets in the early 20th century (and began playing that same role deceitfully by telling whopping lies about their impartiality), newspapers fancied themselves as a form of community connective tissue. They were not mere purveyors of information echoing the events of the day but formative forces in shaping the identity of a city, town, hamlet, or cold lonely crossroads. The editorial, in that weird and wonderful mix of gratuitous influence, self-importance, and detachment from reality that characterizes newspapers as institutions, was elevated to the status of corporate voice. Granted, it was a corporate voice expressed by the paper's crackerjack team of recovering alcoholics, exhausted fire truck chasers, and pseudo-intellectual shills whose prose style was too boring for the book review section. Still, the daily editorials were touted as a vital part of the fish wrap's glorious community-building mission.

I have a sense such might have actually been almost true in a brief window between, oh, say, September and December of 1943. The rest of the time it was the usual newspaper bunk: an obvious fiction no one knew how to get rid of and therefore kept repeating in the hope it would go away of its own accord. 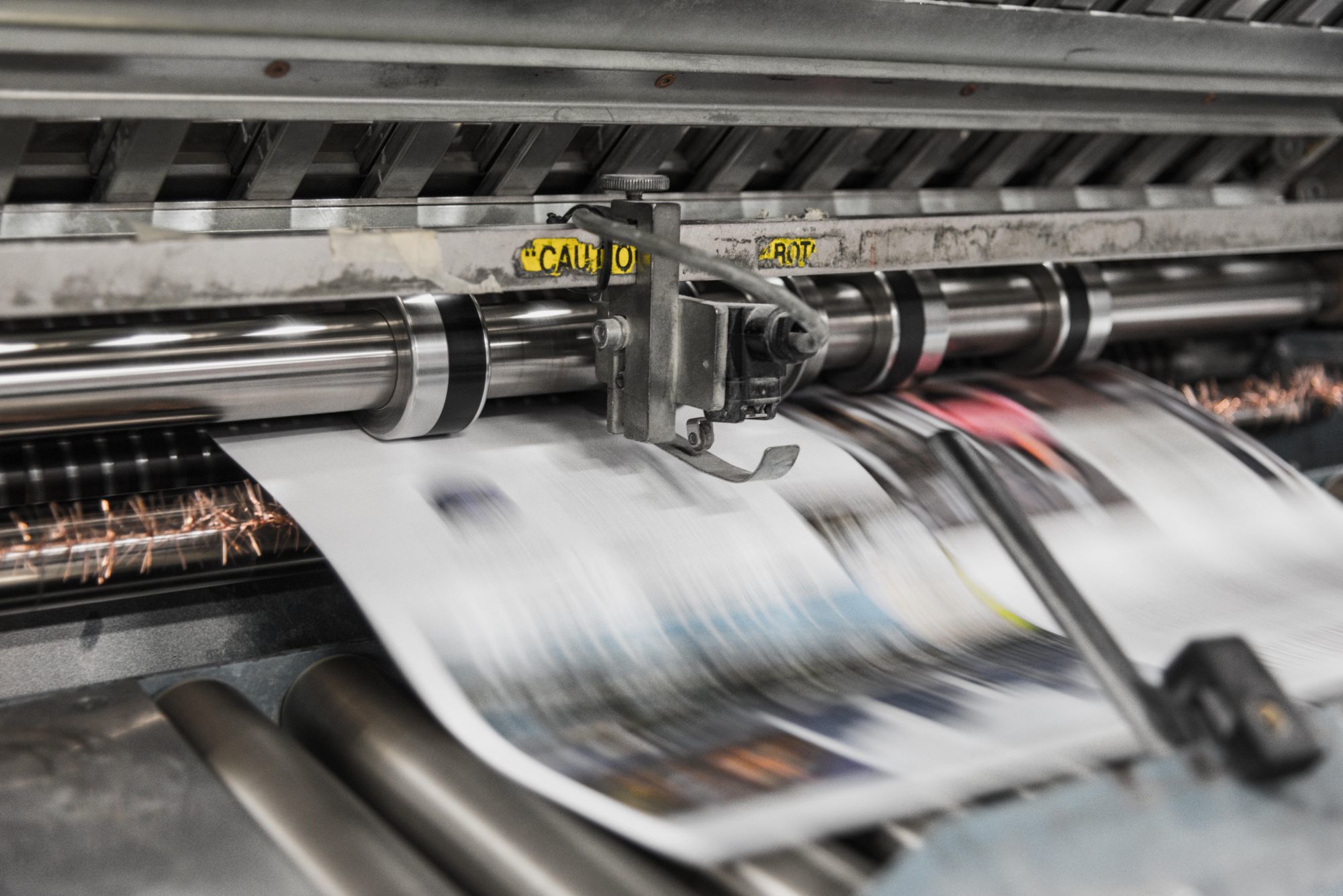 An eager beaver editorial writer I worked with once complained to me that the newspaper was not doing enough to lead local citizens where they should properly be led. I replied, in my dulcet way, that we could not lead handcuffed blind drunks to the men's washroom of a bar on half-price beer night. He asked, shortly thereafter, to be reassigned to the entertainment department.

The harsh reality, however, is that newspapers now truly perform no genuine purpose beyond whatever benefit there might be from their leftover editorial voices. The daily newspaper, by its nature, is so far removed from delivering news in 2013 that the entire industry risks a collective class action suit for fraudulent advertising. The one thing newspapers still offer that no one else can—or at least that no one else does—is a (semi) coherent and (fairly) consistent read on the political, social, and cultural shenanigans of the epoch.

A perfect example is an editorial in the Saturday Globe and Mail that, once again, excoriates Toronto Half-Mayor Rob Ford. The Globe is deeply embarrassed by the Half-Mayor's drug-addled buffoonery and habitually speaks of him with the caustic snideness of an adolescent niece addressing a drunken uncle at Christmas dinner. Yet on Saturday, the Globe's editorialists went beyond making nasty cracks about drug abuse and took Ford to task for something as seemingly innocuous as personally returning constituents' phone calls.

"As (scandal) swirled around him this month, he repeatedly closed his short interactions with the media by saying that he had to get back to his office to resume his most important job: returning constituent phone calls. This probably isn't the best way for the chief executive of a giant organization to be spending his time. It would be helpful if he spent more time, say, reading up on the issues so as to better understand them. He might even change his mind," the Globe writers wrote.

This is a fascinating illustration of the way a gratuitously influential group of people understand democratic politics. The argumentative among us—moi? Jamais!—might point out that the conflation of political duty and corporate power led to its most ardent advocate being hung upside down on a meat hook in Milan at the end of the Second World War. What is indisputable is the worldview contained in the premise that a political leader's first duty is to the technocratic abstractions of his briefing books rather than to the voices of his electors and, indeed, the populace at large.

There is, in the immortal words of Leonard Cohen, "a crack in everything; it's how the light gets in." Newspaper editorials, for all their fraudulence and pompous pointlessness, are one of those cracks. Those who never read them miss the opening to let their light get in. If newspapers don't survive, as it seems almost certain they won't, it's hard to imagine what crack might open in their place.

Tomorrow’s federal budget will reportedly hand millions in tax subsidies to Canada’s newspaper companies. Convivium’s Peter Stockland contends that will be the day their music dies.

He also loves newspapers, which is why he returned to Postmedia to try to save it from the catastrophic incompetence of its previous owners It failed to include the truth that, at a time of intense content competition among all media forms, some Postmedia papers are being pressed to rake in almost 4...