Peter Stockland: You talk about human dignity being something that radiates from inside us. What do you mean by that?

Andrew Bennett: Christians and other traditions, the Jewish tradition in particular, would say that we bear this image and likeness of God. What makes us a person is intimately connected to that reality. The Incarnational reality is that we are created for a purpose. And that purpose is not simply a utilitarian purpose, but rather to pursue truth. We recognize in ourselves, and we also see it in others, something we cannot diminish. No matter what blocks we put in place, this reality, this personhood, is bound up with the Incarnation. I see that as being something that is radiating so that even in how we respond to one another, when we encounter one another, there is an openness to other people.

Peter Stockland: Is it possible to express that in a way for a secular audience, to broaden the reach of what it is you're talking about in terms of human dignity?

Andrew Bennett: A good place to start is to say we're not simply economic units. And we are not simply social actors, either. We have a desire to be known, to be loved, and to be received in who we are—all the gifts that we offer. All of the challenges that we have, all of the hopes that we have. It is something intrinsically bound up in the human condition. Because we ourselves know that that is present within us, we want to encounter what is beyond us. We want to be in community with others. We know that others have that same desire. We see that in all the various ways in which human beings interact with one another. It is something all human beings desire, even when we are challenged by external factors such as illness, or disability.

PS: One of the things we're confronting right now are large groups of people saying: “We have our community, but we've never been adequately recognized by your wider community.” I often think that’s where, for example, the Black Lives Matter nomenclature comes from. I sometimes wonder if what’s really meant is that Black Lives Matter Too, which is a way of contending that they currently don't matter as much as genuine justice demands. How do we reach across to such communities? What kind of language do we use to confront really the legitimate complaints about racist treatment, about bigoted treatment, about refusal to accept that full sense of community you're talking about?

AB: It comes back to us knowing who we are, how we desire to be loved. We desire to be included. We all know this, but we also fail on a regular basis to recognize that because we can become motivated by our own selfishness, our own desire for power, our envy of others, our desire to raise ourselves up above others. In the context of history, humans have been very poor at times at recognizing the dignity that we all bear. The challenge we have now is to dig deep down into a shared human experience to recognize that our dignity is not about external propriety. It's not only about what we look like or our abilities to excel intellectually, or physically, or whatever.

It radiates out from us. And so we have to be able to find ways to recognize that regardless of what my race might be or whether I’m a man or a woman or whatever. My identity is that I am a person, and I share a common personhood and humanity with all those around me. That's not to say these aspects of ourselves – our race, our personal backgrounds, the fact we’re men and women, the fact that we have different history or different abilities – aren't important. They all relate to our humanity. But to deny someone’s dignity based on our flawed understanding of some aspects of who they are, that's the problem. That's the representation of our fallenness and our propensity as human beings to denigrate other people. Over millennia of human history, we know we have a tendency to deny the dignity of other people.

PS: If we only go back 55 years in history, the language you're using is very much the language of the American Civil Rights Movement and Martin Luther King Jr. But it seems what we're confronted with now is a moment in history that has put that language, that understanding of the world, in a place forgotten, or at best consigned to long, long ago. After more than half a century of it, Black people are still getting shot in the back by police in American streets. So how do we bridge that historical gap, Andrew? How do we get back to giving that language of the original civil rights movement credence once again, and the power it once had?

But to deny someone’s dignity based on our flawed understanding of some aspects of who they are, that's the problem. 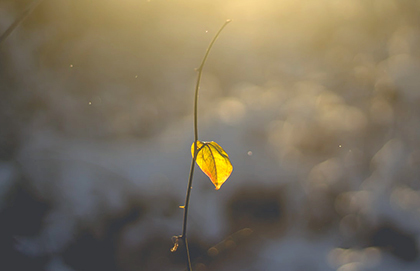 Corona of Thorns
Cardus Law: You, Me, Community
Putting the Human Back in Dignity

AB: Well, this is the task of every generation. It is hard work to continue to represent to every generation who we are, and to use that language of Martin Luther King Jr., that language of Abraham Joshua Heschel, Saint John Paul II and others all those many visionaries that each generation has presented to us to say: “Here's who we are. Here's who I am, you're who you are.” And the emphasis there is certainly on our personhood. But our personhood, you know, in our relationship with one another. And the tendency that we have, again, is to say, “No, you must assert my dignity, my validity. And you must do it because you are perceived to be responsible for all of these indignities that I have suffered.

So, the first thing we have to do is to recognize the suffering, and to recognize that when, for example, a Black man in the United States is murdered in this way, it has a profound impact on that community. And any time we see those types of indignities being suffered, we have to speak out. But we also have to recognize that as a human community, we fail a lot of the time to recognize the dignity of all people. And it manifests itself in these particularly pernicious ways. So the response is to recognize our human failings and our propensity for great evil, but also to recognize that that is not our true nature. Our nature is good and it's to desire for good and to live in community with others as we pursue the good, as we pursue the truth. We must rise above our tendency to denigrate others, and instead to build genuine community where we can see in each other the need that we all share.

PS: Where will those new voices of community come from in a time when we all seem so fragmented from each other? Black Lives Matter no longer trusts that the communities outside of it will act in appropriate ways. It has to assert itself as itself, not itself as part of a larger whole. So what forces, what voices, will bring to the surface of society the trust that is a common narrative here. There is a common way of speaking to each other that goes even beyond justice to charity, to love, to actually seeing you as my neighbor? What do you see, Andrew, out there that's a crucible for forming/re-forming that understanding?

We also need to discover ways of having genuine face-to-face human community. And I think that this quarantine period has reaffirmed that for many of us. We can't exist virtually, through Zoom calls and through social media interactions. It isn’t sufficient. We need community where we see one another, where we're in each other's physical presence, where we can have conversations and we can disagree, where we can work through the challenges that we have.

PS: You sound optimistic that the emergence from quarantine will not having dulled our human capacity for engagement with others. You appear to have faith that we will emerge from this actually more desirous of the kind of community you’re describing rather than less. Am I understanding that properly?

AB: Absolutely. I think of my neighborhood during the height of the coronavirus where people were just walking around and saying hello to each other. They were keeping proper distance, but they were saying hello and smiling. We have this shared human experience right now. And what's the first thing that people wanted to do once some of the restrictions on quarantine were lifted? They wanted to sit on patios. They wanted to have social time together. They wanted to have people in their backyards to chat about things just to have that human presence and belonging.

So, I'm very hopeful. I think of the number of people I've encountered, who have just been frustrated by the lack of depth of interaction in all these virtual ways to connect with one another. Deep down people understand that they need to be in physical proximity because it gives us a sense of solidarity. When we behave in ways that distance us from one another, we’re implicitly denying that humanity.

PS: At the risk of re-stating the original question, how do we bridge that distance rather than stand and watch it being expanded, as it seems to be now?

AB: I'm going to be fairly bold here and say we need the Christian understanding of the person to correct the situation we find ourselves in. I'm not sure if secular language is sufficient because the relational aspect of the Judaeo-Christian tradition says you are not only responsible to your own, but you're responsible for the life of the world. I think we need to express more than just simply ethics. We need to say there's a moral imperative to seek justice, to be merciful and to love others, to love our neighbors as we love ourselves. The Christian understanding of this offers something that the world so badly needs at this moment.

Secular humanism cannot offer a lot of arguments around the dignity of the human person. You need to have the perspective of the Incarnation to take it to a much higher level and to impel us towards action that seeks to elevate people, to raise them up into subjects, not objects.

The model of Christ’s solitary suffering on the Cross can bring us through COVID-19  isolation to renewed love of community, writes Cardus' Andrew Bennett.