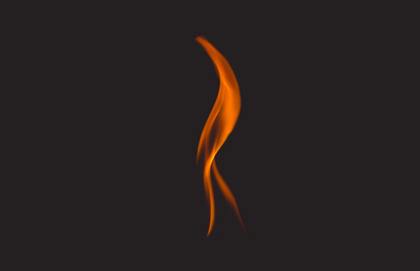 Desperates Seeking the Spirit May 18, 2018  |  By Brittany Beacham
Print

Ten days. It had only been 10 days, or it had already been 10 days, depending on the point of view. Looking back, it doesn’t seem long, however, in the moment? The metaphorical clock must have ticked so slowly, the disciples painfully aware of every second passing by. I’m left to wonder what their thoughts were as they sat in the upper room, waiting and praying.

It had been 10 days since the ascension of Jesus. Jesus had said to them “Do not leave Jerusalem until the Father sends you the gift He promised, as I told you before. John baptized with water, but in just a few days you will be baptized with the Holy Spirit.”

And so they waited. Jesus’ followers, a group of broken and desperate people who’d had a life altering encounter with God Almighty in His human form. People who came from all walks of life and formed unlikely if not impossible friendships, born out of a shared loyalty to the one who called them. People who’d felt the glory of Jesus Christ, the living God.

Ten days before, they had been given their mandate: a statement of Christ’s identity, of their calling, and of His promise. “I have been given all authority in heaven and on earth. Therefore, go and make disciples of all the nations, baptizing them in the name of the Father and the Son and the Holy Spirit. Teach these new disciples to obey all the commands I have given you. And be sure of this: I am with you always, even to the end of the age.”

The truth is, the disciples were a broken-down bunch. Blue collar, white collar, faithful and faithless, the only way they could have ever banded together is through Jesus. The Jesus who unites. The Jesus who challenges. The Jesus who saves. Because Jesus took all their brokenness and filled in their cracks Himself. He took the areas of their greatest weakness, the most desperate, most broken pieces and filled them with His power.

Some people wear their brokenness on their sleeve – upfront and obvious to anyone who knows them. Some wear it hidden deep in their souls, covered by a picture-perfect exterior. At the end of the day, it doesn’t matter where your brokenness sits. What matters is the Holy Spirit shines His light on it, for where the light of God is the darkness flees and in the light of God there is freedom.

True, pure, lasting freedom. The kind that fills your lungs until it fills your soul, that leaves you breathing deeply and breathless in its fullness. The freedom that fills you with holy power and says: “Go.”

Before that moment, the disciples weren’t ready. At nearly every opportunity they fell apart, ran and hid, or lied their way out of tough situations. But then the Spirit came. The Spirit came in His fullness, and the disciples were never the same again. Those broken down, busted up desperates became a team that changed everything. A team that God used to change every part of this world. To change every part of us.

Do we ache for a day of Pentecost, a day that God pours out His Spirit, not for our glory or even our own edification, but for the building, forming, thriving of the church?
Related Stories 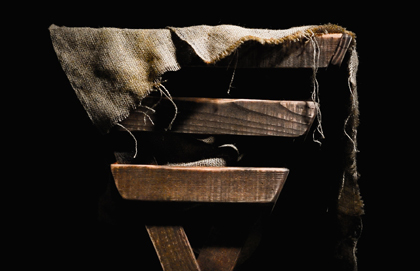 God With Us
Let Free Markets Distribute
A Future of 10,000 Villages

I have been given all authority in heaven and on earth. Christ’s identity. Therefore, go and make disciples. Everyone, everywhere, all nations. Baptize them, teach them. Their mandate – our mandate. Be sure of this, be confident of this, stand firm on this: I will always be with, from now until the end of all days. His promise. The promise of His presence.

They were called, and they waited to be called. They had received a clear call from Christ and they waited in obedience for the gift He had promised them. For 10 days they met, gathered together and prayed, waiting on the Lord.

And then, on the day of Pentecost, His Spirit fell.

A sound like a windstorm shook the room, and flames appeared and settled over each of them. And in that moment, they were set loose. They began to speak out, they began to cry out the Gospel, and every listener heard it in their own native language.

Some were amazed. Some thought they were drunk. But Peter stood, filled with holy fire and power, and declared the truth. The man who had run in fear from his accusers boldly stood before the people who had short days before screamed for the crucifixion of the man he was proclaiming Lord, and he laid out the Gospel.

The Holy Spirit fell for the building of the Church. A Church that had just experienced the painful loss of their leader and Lord, burst forth when He was given back to them – when His Spirit filled each of them. The Spirit fell and the Church grew by three thousand that day. Three thousand.

Do we ache for a day of Pentecost, a day that God pours out His Spirit, not for our glory or even our own edification, but for the building, forming, thriving of the church?

Do we wait on the Lord, like the disciples in the upper room, laying at His feet our own brokenness and failures, asking Him to use us and send us anyways? To fill the holes of our broken pieces with His Spirit, with His power and holy fire and send us out?

You have to be desperate to follow Jesus. Desperate, and deeply aware of your own brokenness. We are the desperates. The broken down, busted up disciples deeply in need of our Saviour. Of His life, His Spirit, His living presence.

Pentecost reminds us of our utter dependence on Jesus, and shows us the stark contrast of what His followers look like before His Spirit and what they look like after. Pentecost shows us how a group of broken, fatally flawed individuals who should have been at each other’s throats can be transformed into a group of people, still broken, but now a united Church, and filled with the holy power and fire that changed the world. That God takes our broken down, busted up selves and renews us, fills us, and ultimately sends us out.

He has given us our mandate, He gives us His power, and then He says, “Go.”