Proponents of what came to be characterized as “marriage equality” insisted, during the debates of the early 2000s, that changing the federal Marriage Act would not unleash a tsunami of same-sex unions. And it has not.

The paradox is that the new data gives equal validity to those who opposed the change by arguing alternatives could be found to respect the dignity of individual gay and lesbian Canadians without emptying marriage of time honoured meaning.

In the middle ground, the data stand as a cautionary tale about mandating new social forms in a manner that leads to rapid jettisoning of the essential characteristics that define existing forms. Marriage in our tradition, for example, has meant for millennia the union of man and woman. We evacuated that understanding in the interests of a specific demographic group. Specific, the census data shows, means tiny. Indeed, miniscule verges on wild exaggeration.

As of 2016, according to Statistics Canada, gay couples and lesbian couples, formally married or cohabiting, amounted to 0.9 per cent of all couples in Canada. There are now, Stats Can says, 72,880 same-sex couples in our population of 36.5 million Canadians. They represent 0.5 per cent of all adults aged 15 or older living in private households.

Census data provides further context by noting that since 2006, the year after same-sex marriages were legalized, the number of same-sex couples grew 60.7 per cent. Between 2006 and 2011, the growth rate for same-sex marriages was 47.8 per cent. In the five-year census period ending 2016, it grew by only 12.9 per cent. So after what we might call an initial enthusiastic surge, the impulse seems to have sagged. On the positive side, the outcome is exactly as gay marriage advocates predicted: a decade of over 60 per cent growth still leaves same-sex marriage short of peeping over the one per cent mark for all Canadian couples. On the negative side, could we have avoided irrevocably embedding a particular form of change when we might well have equally met the needs of the few without dislocating all? 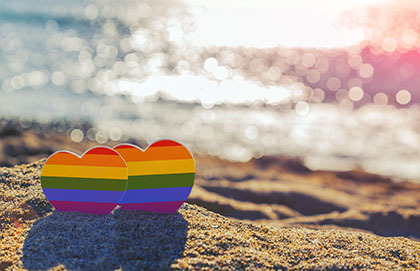 Flinging Mud at the Marriage Debate
Poverty Needs More Than Just Policies
In Favour of Marriage or Afraid of Divorce?

It’s a question that can only be asked in hindsight, of course. We are not going to change the 2005 change to the Marriage Act. Nor should we. There is no possibility of renewing the old definition. Marriage will never again in Canada be exclusively between a man and a woman. It would be mistaken to even try to make it so.

In the middle ground, the data stand as a cautionary tale about mandating new social forms in a manner that leads to rapid jettisoning of the essential characteristics that define existing forms.

Why? As in all things, consider the children. In 2016, 12 per cent of same-sex couples had children living with them. Cumulatively, that’s slightly over 10,000 kids who are either biological offspring, adopted, or in a stepfamily. More, eighty per cent of same-sex families with children are female couples.

Even if we were ruthlessly cruel enough to wield power against the couples themselves – pray God we never will be – by dissolving their unions, would we really be prepared to tell 10,000 children their mothers and some fathers are now legally illegitimate? Unquestionably, social science proves male and female biological parents constitute the statistically healthiest environment for children. Still, we cannot punish today’s children for the marital choices their parents made yesterday, and that society affirms as their legal right.Therein lies the conundrum: the time to get it right was then. We cannot justify wrong as a wishful reaction now.

It’s precisely because we are unable to change what the past has brought that we should take the same-sex marriage debate as a case study in how to better proceed when equivalent issues arise in future. A hallmark of that debate, after all, was the adoption by gay marriage proponents of a political all-or-nothing stance. It was transformation of the institution to what they wanted. It was about equality as they defined it. Indeed, a debate that started by attempting to define the nature and limits of equality devolved into rhetorical tactics that turned the very dispute over “equality” into an inescapable conclusion about it: “What do we want? Marriage equality. What is marriage equality? What we want.”

The same tactics bedeviled the debate when it came to the questions gay marriage as a matter of right. It was asserted as a right, and by that very act of assertion, the asserted was made right. Regardless of there never having been a history of recognizing that right, assertion became affirmation, and the past was put aside.

Certainly gay and lesbian Canadians can now validly claim their rights to l”equal” marriage are not dependent on demographic decimal points, though there is centuries-old recognition of the delicate balancing act between majority and minority rights. But the claim itself runs into the post hoc ergo propter hoc fallacy: it is so now, therefore it was so then. The right asserted is deemed an act of discovery rather than an invention to achieve a desired end.

Lost in the hubbub is the reality that same sex couples show no hesitation about availing themselves of alternatives to overturning the legal definition of marriage. The 2016 census shows, for example, that 48,510 gay couples (66 per cent) lived common law. Only 24,370 (33 per cent) are legally married 10 years after the law changed. In fact, between 2011 and 2016, the number of common law same -sex couple increased by 5000. The number of married same-sex couples increased by only 3000.

There’s a direction indicated by the data. Better minds than mine will need to determine it.

Flinging Mud at the Marriage Debate

Publisher Peter Stockland argues the “revelation” that Conservative leader Andrew Scheer opposed same-sex marriage is more than a mere political dirty trick. It muddies democracy itself by denying all sides of the debate their place in history and memory.

In Favour of Marriage or Afraid of Divorce?

Macleans may have overstated Canadians' "high value in the traditional definition of marriage"; definitional debates are still likely to get you into a bit of hot water and I fear the traditional team whose colours I prefer to wear may still be on the losing side ...