Child care activists are claiming a severe drop in quality will result from these changes. This is a case of the pot calling the kettle black. If these are bad ratios, why haven’t the activists drawn attention to inadequate ratios and poor quality before? Their enemy is not poor ratios. Rather, it’s anything that detracts from a so-called universal, state-funded child care system. In short, were the ratios identical, their formula would remain: Funded government system, good; market or independent providers, bad.

Two examples help us understand how this is the case. Child care activists have long heralded Quebec and Sweden as the nirvana of child care systems. Martha Friendly, towering figure on the child care research and activism scene, even wrote as recently as 2017 that she was sorry Canada couldn’t become Sweden with regards to child care. Both are “universal” and “free” systems (quotation marks duly warranted).

So what are ratios in Quebec? In centres, five babies under 18 months can be in the care of one worker, as contrasted with three or four per worker in other provinces. Unlike other provinces, Quebec does not have limits on group size, and it’s not comforting when a government web site indicates: “A maximum of 80 children may be present in a (centre de la petite enfance) or daycare centre, whether subsidized or not.”

Home care ratios in Quebec are different and allow no more than four children under 18 months of age when there is assistance from another adult. In any event, these are poor ratios and in the case of home care, depending on what “assistance” means by the law, they are licensed to have a worse ratio than the new Ontario ratio. Research on Quebec finds poor quality fairly consistently:  73 per cent of its daycare is “minimal to mediocre” quality, and poor ratios are one reason for this. 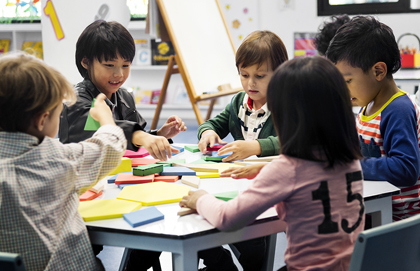 Sweden, by contrast, doesn’t really adhere to any ratios. The country had rules for group sizes and adult-to-child ratios until there was an economic crisis in the 1990's. The standards were then removed and punted to the municipalities. Group sizes and ratios grew, in some cases resulting in up to 30 children of all ages in one group. At this point, standards were re-introduced. However, some Swedes such as Jonas Himmelstrand, faculty member at the Canadian Neufeld Institute, highlight that the new recommendations are simply not being followed today.

These systems with poor legal ratios (Quebec) and a lack of adherence to any ratios (Sweden) have earned the loud praise of Canadian child care activists. Here at home, it is under-publicized that research shows most licensed care is of low quality, with for-profit care being slightly lower quality than not-for-profit. Importantly, a 2004 study suggested, “it is evident that quality is insufficiently high in both non-profit and for-profit centres.”

Given that the independent sector cares for many more kids than the licensed sector—the fact there are fewer problems is telling.

This should cause us to reconsider favouring funding for families rather than funding that follows spaces. After all, almost eight out of 10 Canadians – 76 per cent – think the best place for a child under six is at home with a parent. After that, a relative or a neighbourhood home daycare are the preferred options.

If child care activists were truly concerned about Ontario’s new standards in the independent sector, they would need to show at least some concern for places like Sweden and Quebec. Instead, they have wholeheartedly embraced those flawed systems. Parents: remain vigilant about child care quality in every sector.