Born and raised in Halifax, I currently live in Munich, Germany. I have been monitoring the Nova Scotian response to the pandemic from abroad by reading the news and by keeping in touch with family and friends.

I write this article to lend some perspective on the pandemic through the lens of a Bluenoser living much closer to the belly of the beast.

I live a few hours drive from Northern Italy where the first worrying reports of the havoc the virus could wreak on hospitals emerged. Our infection rates in Bavaria have been consistently higher than those in Nova Scotia. Munich has a population much larger than Nova Scotia as a whole, and is much more highly concentrated.

As a rule, Europeans are a more publicly social culture than we are, so there is much more opportunity for a contagious virus to spread, all things being equal. This is the heartland of the Black Death, the medieval plague that historians estimate wiped out up to a third or more of the European population. Needless to say, last Spring tensions here were running high.

Like other Western countries, Germany quickly began to close churches, restrict public and private gatherings, and close small businesses. For a time these restrictions held firm, but soon many were tested in court and struck down as being unconstitutional. Ever since then, church-going and free assembly, with certain restrictions, have been the norm.

German physicians rightly made a distinction between dying with and dying from COVID, which is why many think the death rate in Germany was not nearly so high at the time as those reported in other countries where the two were conflated. Cooler heads prevailed.

By early summer last year, once it had become clear the virus was not the danger many had thought it would be, that it posed virtually no danger to the young and healthy, and that the recovery rate was extremely high in general, people began more or less to get on with their lives as though nothing had happened. Additionally, at the beginning of the pandemic, German physicians rightly made a distinction between dying with and dying from COVID, which is why many think the death rate in Germany was not nearly so high at the time as those reported in other countries where the two were conflated. Cooler heads prevailed.

Recently, I walked past a Pro-Palestine rally held just outside my church on the very spot where Hitler used to attend and eventually lead the political rallies that would determine the course of world history.

As it happens, this was the same day I became aware of an injunction handed down by the Nova Scotia Supreme Court not only prohibiting rallies but preventing people from proposing such rallies online. Freedom of assembly and freedom of speech, two pillars of our Western democracies, disappeared in one fell swoop.

When I was a boy, Hitler’s Germany was a world away, a horror story. Hitler himself was thought of as a symbol of evil incarnate, but in my childhood imagination nothing like Fascist Germany and its ghoulish leader could have been further from my quiet, backwater home. 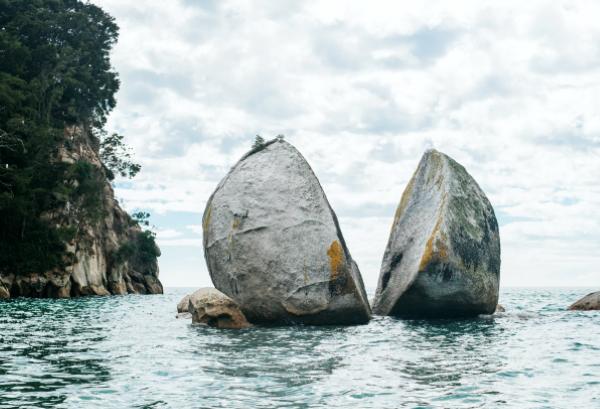 Now that I live in the birthplace of Nazism, the stark reality of that history has become much more palpable. The Nazi headquarters is a couple of blocks from my place of work. I vacation in the same places Hitler did. Munich was the hometown of Himmler, architect of the Holocaust. Dachau, the concentration camp that has been recently in the news owing to President Biden’s reflections on his visits there with his grandchildren, where nearly 42 000 died, is just down the road.

As I walked past that Palestine rally, I could not help but be struck by the irony that my home province was growing accustomed to the restriction of civil liberties in a way that has been found unlawful in modern day Germany. Indeed, a Palestinian rally in Nova Scotia was broken up, its participants fined, only a few days earlier. I want to be clear that I would not dream of drawing a serious comparison between the authoritarian behaviour of the Nova Scotian government and that of the Third Reich. My concern is with the way liberty can be eroded. However well-intentioned, a polity that too easily sets aside its liberties may find it difficult to win them back.

I want to be clear that I would not dream of drawing a serious comparison between the authoritarian behaviour of the Nova Scotian government and that of the Third Reich. My concern is with the way liberty can be eroded.

From that perspective, I have found the draconian measures of the Liberal government during the pandemic, taken on the authority of Chief Medical Officer, Dr. Robert Strang, particularly worrying. There seems very little in the way of push back or criticism of the government’s behaviour in local or even national media, to say nothing of political leadership. Friends have confessed to me that it has begun to feel ‘dangerous’ to criticize the government response to the pandemic. I experienced a virtual version of this backlash on Twitter recently when I criticized the lazy and complacent thinking of a tweet Dr. Strang retweeted that happened to fit his lockdown agenda.

Very few Nova Scotians seem to understand that of the 74 COVID-related deaths reported at time of writing, 53 of those were a result of the catastrophe at the Northwood long term care facility in Halifax. As Stephanie Nolan’s remarkably well-researched piece in The Coast on April 15 suggests, Dr. Strang was possibly complacent and even misleading about his handling of the care home outbreak. Has anyone stopped to ask whether his advice should continue to inform government policy? Or if the draconian measures he now counsels are a kind of overcompensation for a disaster that happened on his watch?

There is a reason officials usually resign in the wake of such events. Only days ago a federal minister in Germany resigned because the footnotes in her PhD dissertation were found wanting. She did not preside over 70 per cent of the Corona deaths in her jurisdiction, but off she went voluntarily and in (probably unfair) disgrace.

The justification for the lockdowns and the recent Supreme Court injunction has been our overburdened health care system, especially the intensive care branch. But consider the assessment of Dr. Tony O’Leary, medical director for critical care for Nova Scotia Health, given in an interview to Global news, who says there are more than enough beds to make it through the dreaded ‘third wave’. At the time he made those comments there were 23 patients in the ICU, at time of writing there are 20. Capacity is 229!

Nova Scotians seem to have forgotten that often the cure can be worse than the disease. The fear-mongering and panic surrounding our response to this virus has not united Nova Scotians, it has divided them - literally and spiritually. Lockdowns have not been the lesser of two evils. What if, for example, the shooting spree that took place during the lockdown last Spring could be connected to the lockdowns? How can we weigh these things in the balance? As a constitutional democracy, we were supposed to have decided long ago that we should not have to, but apparently our new class of politician knows better.

To offer a striking example of the kind of culture this new form of authoritarian government encourages, consider a piece published in the Chronicle Herald, our local paper, last year, written by a student of Citadel High School, in which he all but names teachers who, in his view, were in violation of COVID health and safety protocols. Surely he could have expressed his concerns to his teachers, school authorities, or parents privately before going public?

The article gives no indication he had done so, or that he felt going public was a regrettable but necessary last resort. A culture that encourages behaviour of this kind in their children does serious damage to social trust. It should give us pause to think that this was just the sort of informant culture that was applauded in the Third Reich, or in the Soviet Union for that matter.

If there is anything that still ought to unite Nova Scotians, it will not be the systematic roll back of our civil liberties, but the protection of the rights of those who would dissent – those who, as the kids say, would speak truth to power. Nor will we be united by a culture that foments distrust, in which students inform on teachers, in which neighbours spy on neighbours. This is the kind of culture that flourishes in a police state, not in a free society.

When we think of those Nova Scotians who gave their lives in their defence of those liberties fighting Hitler’s armies and as they know all too well here in Germany, we should remember that stigmatising, to say nothing of outlawing, dissent is a very slippery slope indeed.